Earlier this year, in May, the South Korean LG released the LG Velvet smartphone. It sports a Qualcomm Snapdragon 765G chip. As you should know, the latter supports 5G network. Today, on October 28, 91Mobile reported that the new version of the LG Velvet was unveiled in India.

Anyway, we can’t say what is the main reason that this handset comes with an outdated chip, but one thing is clear – the new LG Velvet will yield the original model a lot. 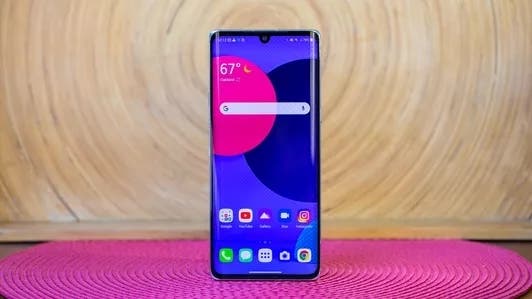 As for the rest of the features, our protagonist comes with a 6.8-inch Full HD pOLED display with a resolution of 2460×1080. There is also a 6GB memory + 128GB storage combination. On the back, we can find a 48MP main camera + 8MP ultra-wide-angle + 5MP triple-camera. On the opposite side, there is a 16MP shooter for selfies and video calls. The battery capacity is 4300mAh, and it supports IP68 dustproof and waterproof rating.

It is worth noting that the lightness and thinness of the Indian version of LG Velvet is also among the key features. Its body thickness is 7.9mm, while the weight is 180g. Also, this handset supports on-screen fingerprint recognition.

As for the price, the LG Velvet India version is priced at 36,990 Indian rupees (about $500). The handset comes in six distinct color variants: Aurora White, Aurora Gray, Aurora Green, Aurora Silver, Illusion Sunset, and New Black. You should also know there is an LG Velvet Dual Screen version. It costs Rs 49,990 ($676). The handset ships with LG G8X ThinQ – like secondary display accessory. Both versions of the Velvet will go on sale starting October 30.