LG Wing is an unusual multi-tasking smartphone with two displays. Now, T-Mobile is also getting the smartphone. You can now get LG Wing 5G directly from the carrier. Being a 5G device, LG’s handset supports T-Mobile’s low-band (600MHz) and mid-band (2.5GHz) 5G networks. Let’s check out the complete information and the BOGO deal from T-Mobile.

T-Mobile is offering the BOGO deal for the LG Wing. It will create a lot of attention to the device. BOGO (Buy one, get one free) deal on the LG Wing comes without device trade-in or a new line service. You will be granted the second for free after the 24 monthly statement credits of the first mobile are completed. Although, You will have to pay the remaining amount if in the future you discontinue the service.

On the other hand, you can get the device at $999. It is the same price as Verizon. If paying a thousand dollar up-front is not possible, you can get it at 24 monthly installments of $41.67/month with $0 down. Having said that, the LG Wing will be available to grab starting November 6. The color options include Aurora Gray and Illusion Sky. Apart from T-Mobile’s 600 MHz and 2.5 GHz 5G spectrum, let’s check out what the device has to offer. 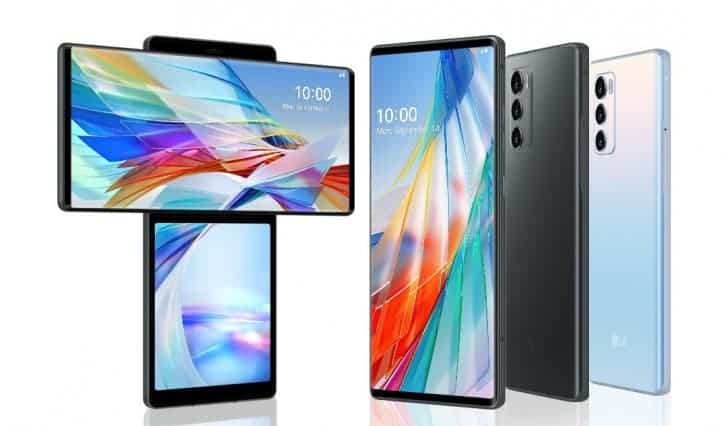 Unfortunately, the smartphone relies on a small 4,000 mAH battery. It will be interesting to see how the battery will be with a huge display and the 5G connectivity. There is no insane fast charging technology either. However, you get the Quick Charge 4.0+ and wireless charging options. Overall, the smartphone is something new and it is made for multi-tasking. Let us know your opinions on T-Mobile’s LG Wing deal in the comments section below.

Next 50% of smartphones sold will be Chinese in Q4

LG Wing Is Sold For Less Than Half-Price In India

Less than 50 thousand LG Wing have been sold so far