Samsung W21 in specifications and photos seemed exactly the same Galaxy Z Fold 2, only with a slightly modified design. However, this is not quite true.

As you can see in the photo, the Chinese version is larger and the difference is not a couple of millimeters. At the same time, early data indicated exactly the same screen diagonals, and it is not yet clear why the W21 is larger. 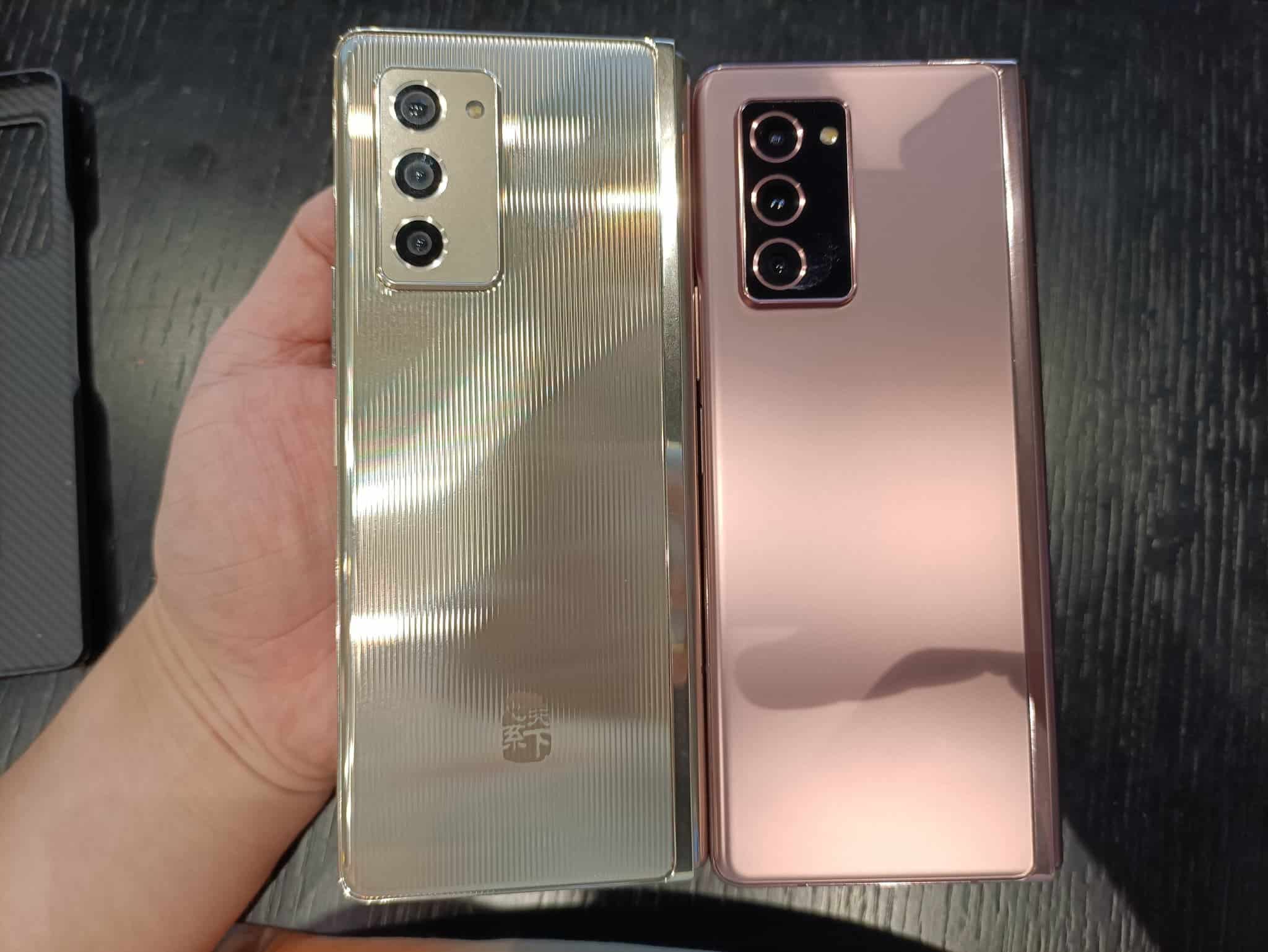 The announcement of the smartphone is expected in the near future, then we will find out the details. Interestingly, the Galaxy Z Fold 2 is on sale in China, and it is not yet clear why Samsung needs two launch two identical models in the same market.

Samsung’s upcoming flip phone, Samsung W21 5G, recently got Wi-Fi Alliance certification. Now, this smartphone has also passed through the Chinese 3C certification process. The listing shows that this smartphone will still come with a 25W charging adapter (11V, 2.5A). In addition, the device model is designated SM-W2021 and it supports 5G network.

Last year’s Samsung W20 5G was very similar to the Samsung Galaxy Fold. In fact, there were even speculations that it is just another name for the same model. Therefore, there is a good probability that the Samsung W21 5G will closely resemble Samsung’s latest Galaxy Z Fold 2.

Regarding Samsung W21 5G, some sources said it will be released on November 5. However, we can not ascertain the authenticity of this launch date for now. At present, there is very little information about Samsung W21 5G. There is also no speculations regarding this smartphone. Samsung seems to be keeping very tight security on this one. According to Samsung’s previous practice, this device should hit the road before the end of the year.