Now, a well-known insider under the nickname Digital Chat Station announced that OnePlus is preparing to release a special edition in honor of Cyberpunk 2077 of the yet unannounced first smartwatch. The source posted a photo showing a black silicone straps with yellow accents. The strap bears the OnePlus and Cyberpunk logos, although it’s still not clear what the watch itself will look like. 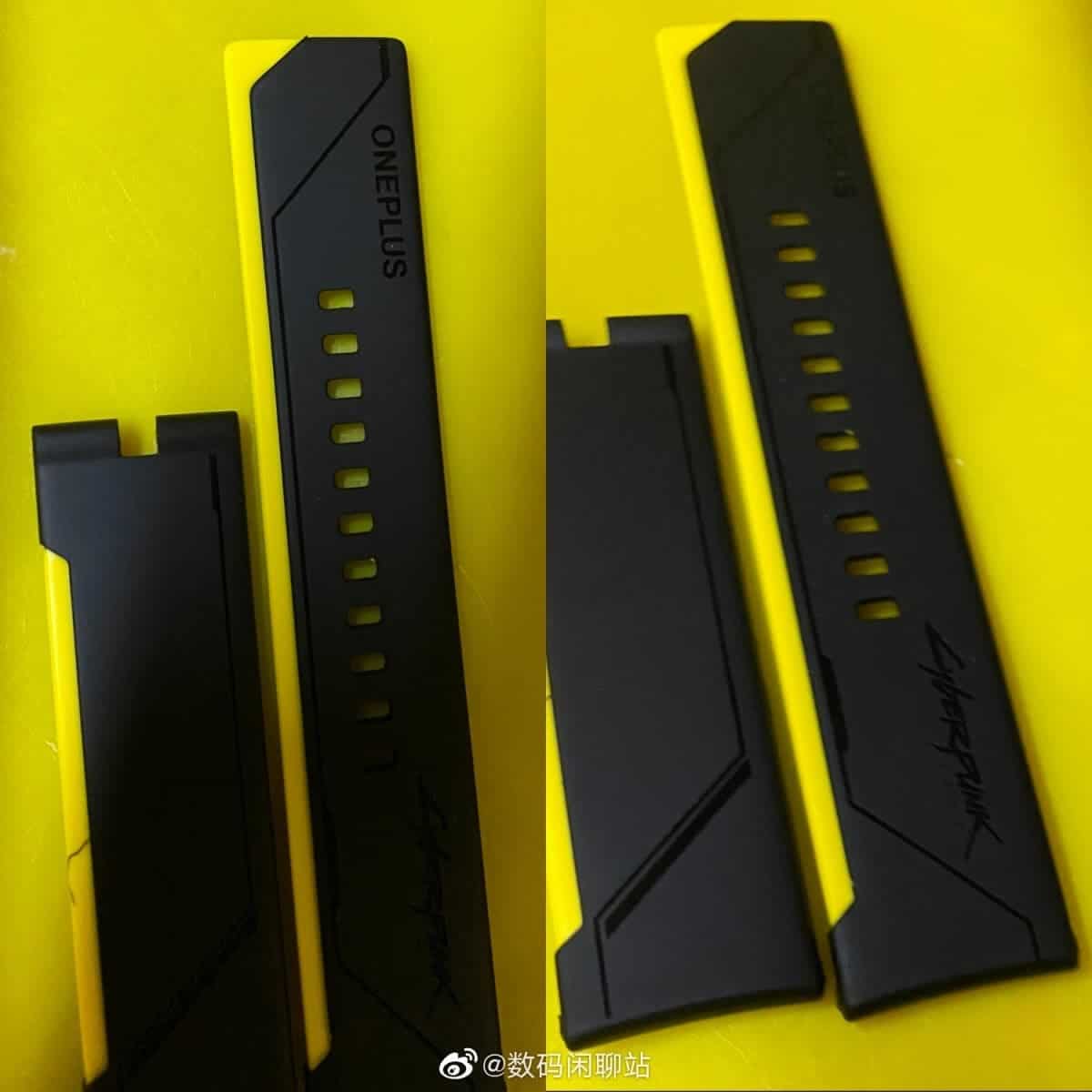 Recently, there were reports that the presentation of the OnePlus Smartwatch was postponed, while a new date for the announcement has not yet been selected. Allegedly, the company faced some difficulties in production or in the development of software that OnePlus wants to fix before the release.

As for the OnePlus 8T Cyberpunk 2077 Limited Edition smartphone, it will go on sale next week.

In terms of design, the OnePlus 8T Cyberpunk 2077 Limited Edition smartphone has a thin and light body. It has three-stage buttons, and adopts a new CMF design. On the back of the phone, OnePlus divides it into upper, middle, and lower parts. For each part, it uses a special process. Say, the upper part has the so-called ‘panoramic window’; the middle uses a ‘special snowflake AG glass’; the bottom comes with a ‘forged carbon texture’. 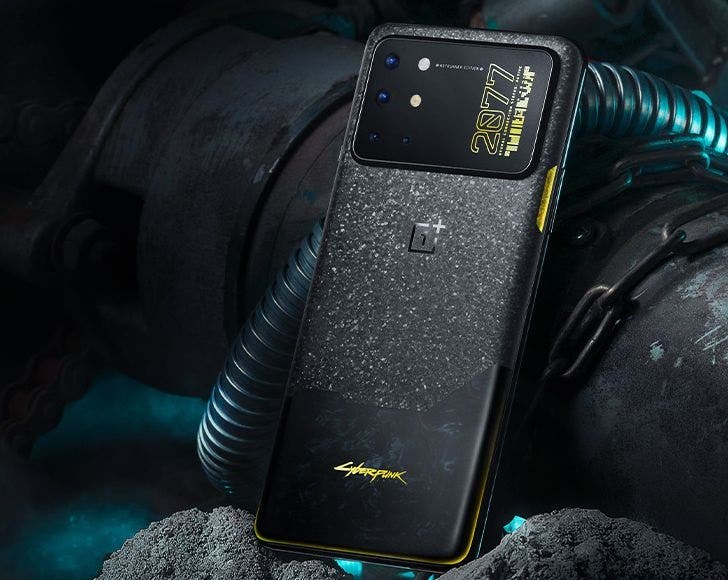 OnePlus stated that the OnePlus 8T Cyberpunk 2077 Limited Edition smartphone runs the most customized system in the history of OnePlus. The live wallpaper uses the spiritual symbol in the game. The system application icon is using bright neon colors. The notification light effect simulates the flashing effect of neon lights when power is on. The fingerprint unlock animation corresponds to the artificial eye scan in the game. And the charging animation simulates the process of hacking.