Samsung is one of few smartphone manufacturers that have multiple foldable smartphones. The South Korean manufacturer is among the first phone makers to release a foldable device. Samsung recently demonstrated two different possible future forms of folding screens. The latest information on Samsung’s official blog are consistent with the previous Samsung patents. There are speculations that the compay will eventually turn the ideas into reality. 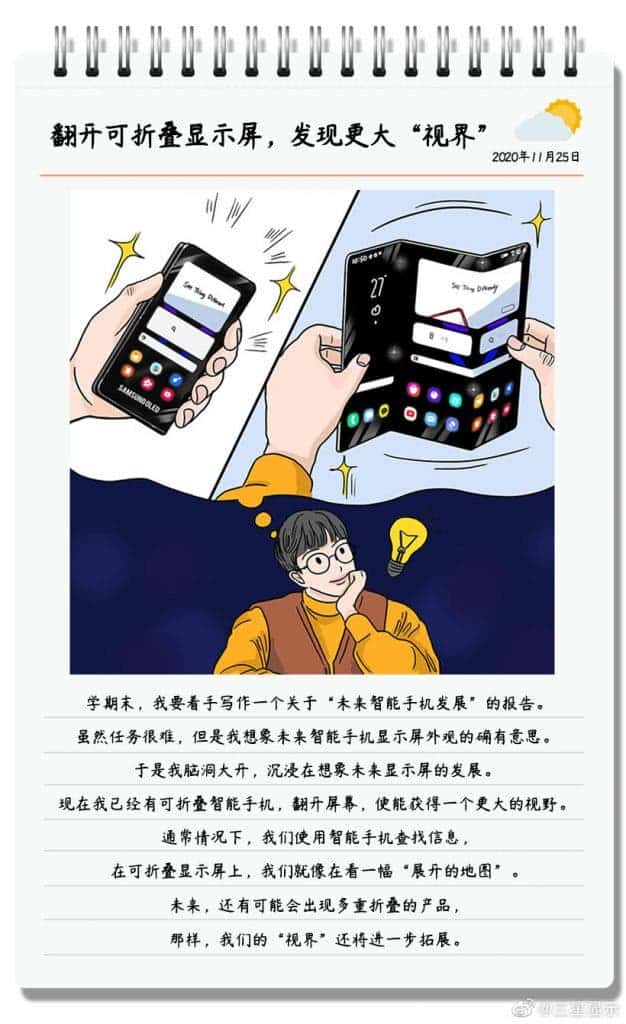 Of course, Samsung is only hinting at the official blog, and is did not announce any specific information. The main intention is to display relevant content and reveal some of Samsung Display plans. The comic hint shows a dual-hinge foldable phone. It also shows a rollable phone. Both designs have previously appeard on different Samsung patents. 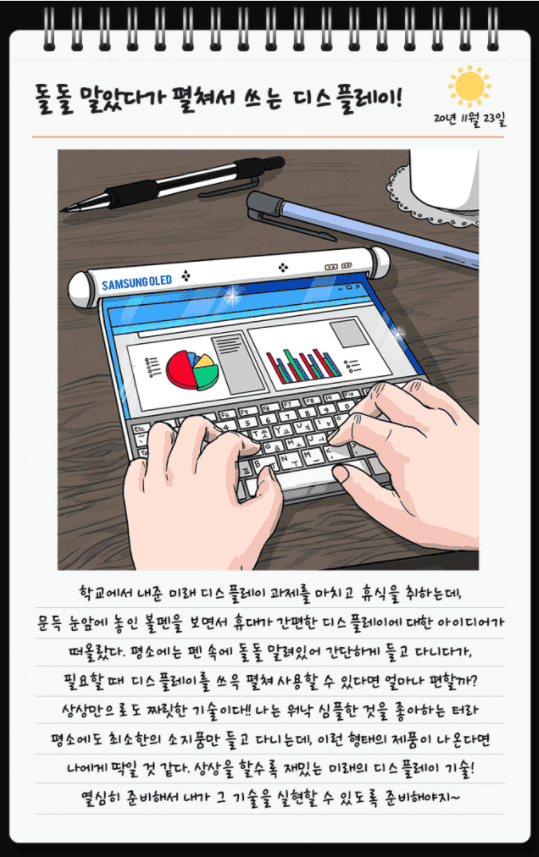 Because part of the screen always remains visible – even when you carry the phone with you on the go – the risk of screen damage is greater. Although Samsung uses UTG (Ultra-Thin Glass) for the Z Fold and Z Flip, the screen protector is significantly less scratch-resistant. Hopefully, a solid solution will be sought for this before Samsung decides to release a folding phone with a (partially) outwardly folding display.

Samsung may be able to integrate the unique ‘sweeper technology’ that made its debut in the Galaxy Z Fold 2’s hideaway hinge. Thanks to the double hinge, multiple folding positions are also possible. This allows users to set up and use the phone in different ways. The user interface will change automatically depending on how you start using the device

To further enhance the user experience and possibilities, this Samsung foldable smartphone is equipped with a keyboard. It is a sliding keyboard that can be slid out of the housing. The keyboard is the same size as one display part. 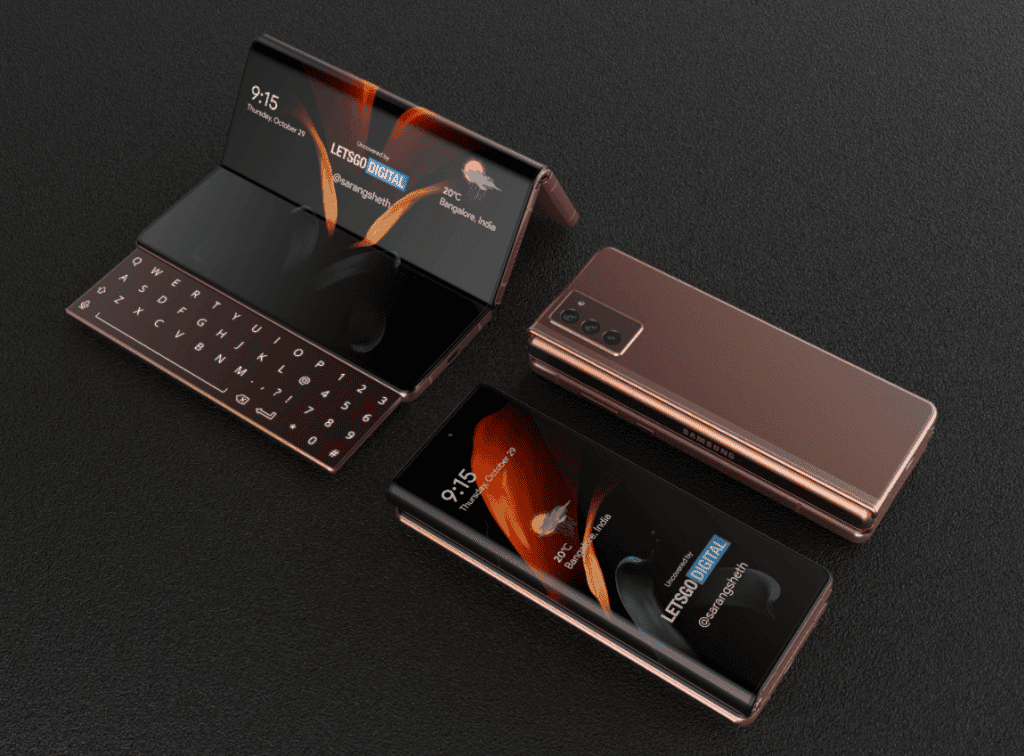 Because it is a sliding keyboard, you can continue to use it, regardless of how the device is folded. This way you can even use the keyboard when using the phone is in its most compact form. Probably some kind of locking mechanism will be built in, which prevents the keyboard and / or the phone from unintentionally unfolded.