MediaTek passed one year and a half in a kind of “hiatus” with just mid-range chipsets. Unfortunately, none of these chipsets had something to write about but still sold due to its affordability. Back in the last year, the company surprised everyone with its Helio G90T gaming chipset which debuted in the Redmi Note 8 Pro. Some didn’t like Xiaomi’s choice for MediaTek’s chipset, but with time the phone proved to be a huge success and the chipset performed quite well and even today rivals recent launches like the Snapdragon 732G.

This year, the company surprised us once again with the excellent Dimensity lineup made of power, yet affordable, 7nm chipsets featuring 5G connectivities. Besides its power, the Dimensity chips also allowed Android OEMs to reduce the price and expand the availability of 5G phones. We can say that MediaTek has overcome a crisis and now is ready for the next step, release a better chipset with a flagship-like performance. The company is working on a MediaTek MT6893 chipset made on a 6nm process and it will be one of the 2021 Dimensity lineups.

The MediaTek MT6893 surpasses the Snapdragon 865 in AnTuTu Benchmark

The MT6893 is just the middle child of three 6nm chipsets and it already blows the Snapdragon 865. It surpassed Qualcomm’s 2020 flagship SoC in an early Geekbench test. Now, it achieved a higher score in the AnTuTu benchmark. Worth noting that it achieves a higher combined score. It still slightly behind in terms of CPU performance, but it has a better GPU. Moreover, the phone tested is equipped with 8GB of RAM, 256GB of Storage, and a 90Hz display. The memory score is higher than the Snapdragon-phone used in the comparison, in this case, the Oppo Find X2 Pro. It’s important to note that this still is a chipset in development, perhaps giving the last steps before mass manufacture. So, anything running it isn’t optimized yet. So the results may be higher in the future. 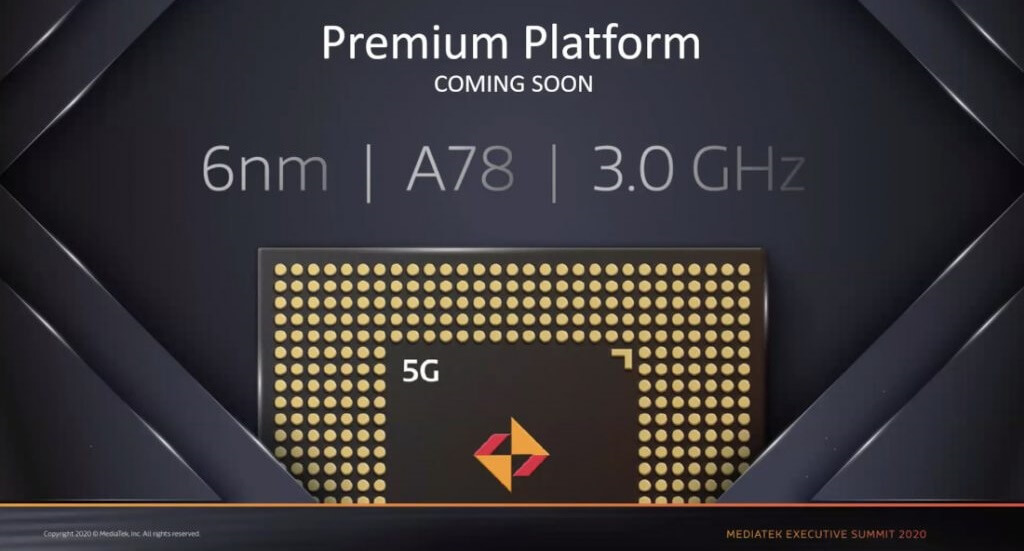 A chipset for mid-tier flagships

The MediaTek MT6893 comes with four Cortex-A78 CPU cores. There is a prime core running at up to 3.0GHz and three cores capped at 2.6GHz. There are four power-efficient A55 cores as well. The graphical tasks are run by a MediaTek Mali-G77 MC9 which is a little bit behind Samsung that has chosen the G78. As aforementioned, the chipset is targeting premium, but not flagship smartphones. Remember the phones with Dimensity 1000+? We can say that it will be a successor for that chipset and will power devices in this spectrum. When it comes to the flagship segment, MediaTek is preparing the MT6895 which promises to be better.

Previous IPS LCD 120Hz Refresh Rate VS AMOLED 60Hz: Which One Should You Go For?