First, Wang Wei hinted at the new series, that is, the unknown series that focuses on the ultimate performance. Combined with today’s Qualcomm technology summit, it is expected that the new series models will sport Qualcomm’s next flagship platform, the Snapdragon 875. After that, Xu Qi replaced a new machine that was not certified by Weibo and hinted that it would use the new flagship SoC of Snapdragon.

In addition, Wang Wei forwarded an article about MediaTek’s new product MT6893 yesterday, implying that Realme also has a new machine with this chip.

In terms of specifications, the CPU of this new MediaTek SoC uses four Cortex-A78 cores and four Cortex-A55 cores design; it integrates the Mali-G77 GPU but the number of cores is unknown. 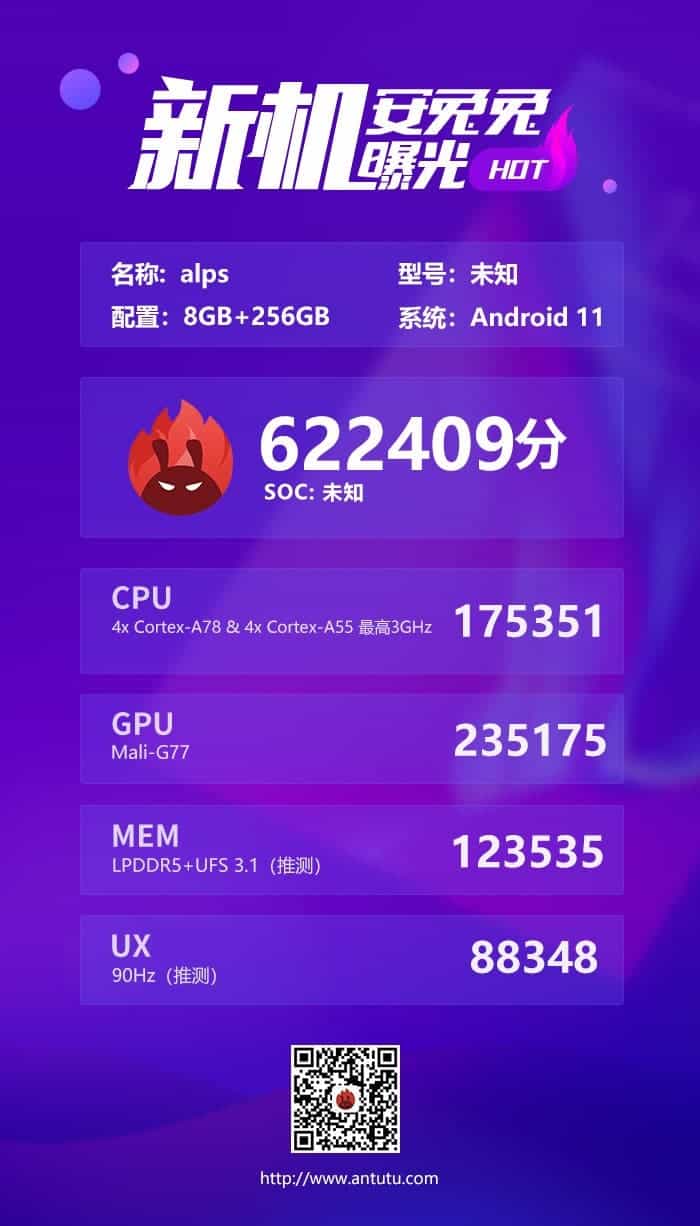 AnTuTu said that the test machine comes with 8GB of memory and 256GB of storage space on the fuselage. The screen resolution is 2300×1080, and the refresh rate is 90Hz.

So it turns out Realme is preparing at least two new flagship products. One of them will come with a Qualcomm top-end mobile platform, while the other will carry an upcoming MediaTek chip.