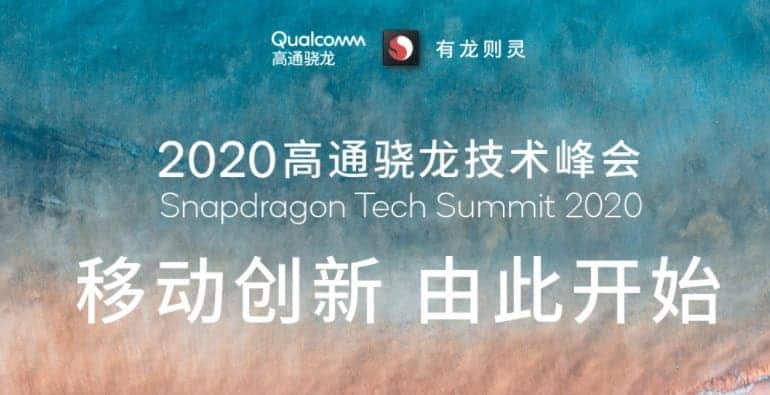 This processor will provide flagship mobile devices with better imaging, games, and connectivity experience in 2021.

The keynote speech of the 2020 Qualcomm Snapdragon Technology Summit will hold today. Qualcomm will also hold a technical explanation conference. Xiaomi founder, chairman, and CEO of Xiaomi Group, Lei Jun, will be on stage at this summit. Considering that Xiaomi co-founder, Lin Bin, announced the Mi 10 series at the Snapdragon Technology Summit last year, Lei Jun is likely to announce Xiaomi Mi 11 series this time.

The new generation Snapdragon flagship chip uses TSMC’s 5nm process. It adopts the “1+3+4” eight-core three-cluster architecture. In this design, “1” is the super-large core (Cortex X1), and its peak performance is 23% higher than Cortex A78.

The main frequency of Cortex-A78 is up to 3GHz, and the performance per core per watt increases by 20% relative to the previous generation. Under the same performance, the energy consumption of Cortex-A78 is reduced by 50% relative to the previous generation. In addition, the area of ​​the A78 is also smaller by 5%, saving 15% of the area of ​​the quad-core cluster. This frees up more space for additional GPUs, NPUs, and other components.

Cortex-X1 is the first commercial product of ARM “CXC Project”. In terms of performance, Cortex-X1 will be 30% higher than Cortex-A77. Relative to Cortex-A78, Cortex-X1’s integer arithmetic performance increases by 23%. Cortex-X1 also has twice the machine learning capabilities of Cortex-A78.

In all, there is no official information to back up this claim that there will be a Snapdragon 888. As far as we know, this is simply speculation and it is better taken with a grain of salt.