DxOMark specialists have revised the rating of the main camera of the iPhone 11 in connection with the introduction of the fourth test protocol, as the developers themselves call it. This protocol regulates the testing and evaluation of results. It was introduced in October this year and has become mandatory for testing all new smartphones. It is now being used to update the results of previously tested models, including the iPhone 11 this time.

I must say that no testers’ conclusions have changed. For example, when taking a photo, they praise the ultra-wide-angle camera and scold the flash in night shots, and when shooting video, they note effective stabilization and good detail with unstable exposure and white balance (when shooting indoors). But the test results presented by the diagram are more detailed, and the final result increased by 10 points at once: from 109 to 119! This is a lot within the overall rating. 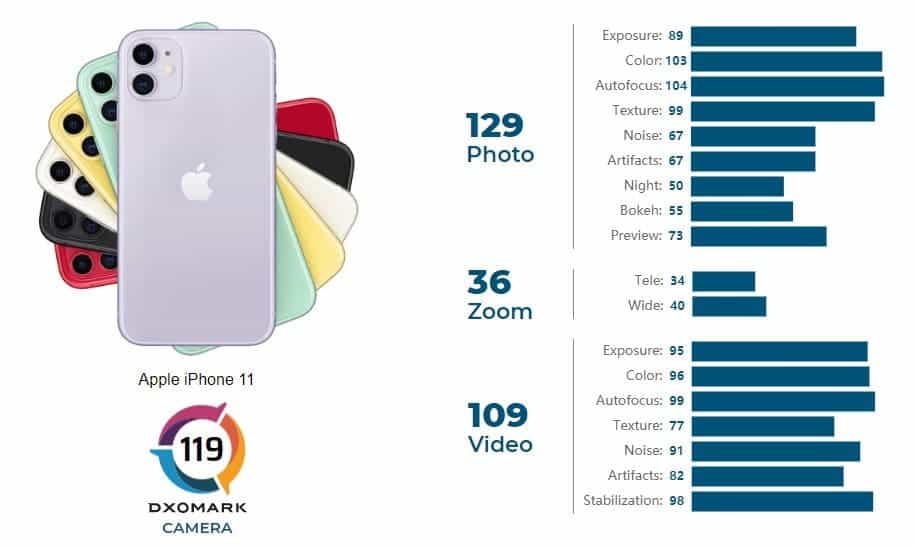 This jump allowed the iPhone 11 to take 21st place in the ranking, although as the results of other models are revised, it may move both higher and lower. But at the moment, the iPhone 11 is at the level of the OnePlus 8 Pro and Google Pixel 5. It should be noted that DxOMark experts also revised the rating of the 11 Pro Max, but it gets slightly less points than the iPhone 11: plus seven points – and now it is in 11th place in the overall rating. 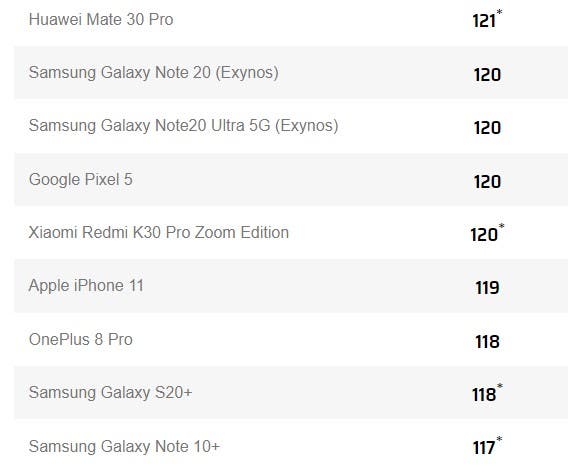 iPhone 11 is currently the most popular smartphone in the world

When Apple reported its results for the second quarter of this year, the company said the iPhone 11 is the best-selling smartphone in the China market. The latest Counterpoint survey confirms this.

Counterpoint data indicates that the top five best-selling smartphones in the Chinese market in the second quarter of this year included the iPhone 11, Oppo A8, Honor 9X, Vivo Y3 and Huawei Mate 30 5G. At the same time, the iPhone 11 and Huawei Mate 30 are premium flagship phones, while the other three models belong to the budget segment.

Previous Huawei will release Harmony OS 2.0 Beta for the Mate 40 on this date