It is not surprising to use Arm-based chips on the PC side, and the brilliant performance of Apple’s M1 has proved the feasibility of the plan. Self-developed server chips used in data centers also indicate that more and more companies are starting to use self-developed chips to get rid of dependence on other chip companies, especially Intel.

In fact, as early as last year, Microsoft has announced that its new Surface Laptop 3 and Surface Pro X devices will not come with Intel processors. Instead, they will work closely with AMD and Qualcomm to produce custom processors for its Surface series, making Surface chips Diversify, not just rely on Intel. 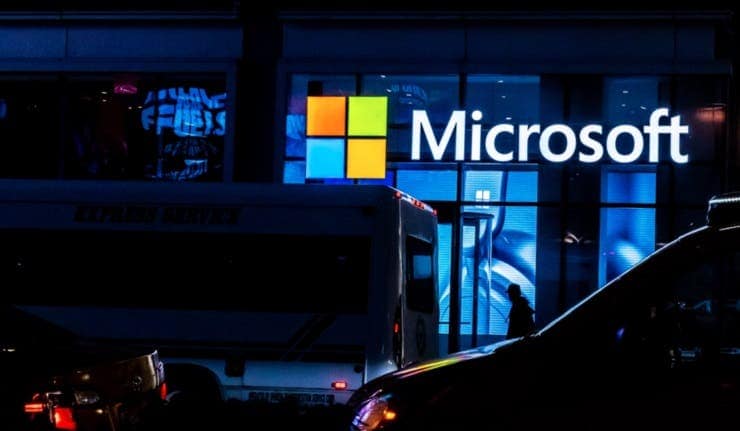 In terms of cooperation with AMD, Microsoft added an additional graphics core to the 12nm Ryzen 5 and Ryzen 7 Surface components based on AMD’s Zen +. Plus, it optimized the chip to make it more suitable for the thin and light Surface Laplop 3.

Jack Huynh, general manager of AMD’s semi-custom division, said in an interview with The Verge: ‘We literally spent tens of thousands of hours of co-development and co-engineering hand-in-hand with Microsoft not just optimizing the CPU and GPU, but also the overall system power management, pen, touch, memory bandwidth, firmware, and drivers to deliver the highest graphics laptop performance ever in a very thin and light form factor.’

In terms of cooperation with Qualcomm, Microsoft used the SQ1 processor, a custom chip based on Qualcomm Snapdragon 8cx. In its Surface Pro X, the company improved the performance of its CPU and GPU. The Microsoft SQ1 is an 8-core processor. It’s the first processor with the fastest Kryo CPU reaching 3GHz. In this regard, Microsoft Surface engineer Pavan Davulur issued a message. He said that these Kryo kernels are suitable for Windows and can balance high performance and energy consumption. The Surface X2 uses the SQ2 chip cooperating with Qualcomm.

Most of Microsoft Surface series products use Intel chips. But the current Surface processor chips not only rely on Intel, but become diversified. In the future, Microsoft will launch its own personal computer chips. Microsoft, like Apple, occupies a small portion of the market on the personal PC side. But their products are high-end products with sophisticated designs. For example, Apple previously claimed that its M1-based Macs have improved performance compared to classic laptops.

Prior to this, Amazon, Microsoft’s cloud computing competitor, launched its own Arm-based Gravition2 processor chip a year ago to improve performance and cost advantages and get on track. They think their chip is more suitable for some of their needs. Compared with off-the-shelf chips mainly provided by Intel, it has cost and performance advantages. Microsoft may start to develop its own chips for the same consideration.

In 2017, Microsoft announced that it was cooperating with a number of Arm vendors. They include Qualcomm and Cavium to try to run Arm chips on Windows Server. But it was only used in Microsoft’s own data center for the purpose of evaluating Azure services. Microsoft believes that Arm-based servers chip is very effective for internal cloud service applications, such as search, storage, big data and machine learning workloads.

Regarding whether they will develop server chips by themselves, Microsoft spokesperson Frank Shaw said: ‘Because silicon is a foundational building block for technology, we’re continuing to invest in our own capabilities in areas like design, manufacturing and tools, while also fostering and strengthening partnerships with a wide range of chip providers.’

In recent years, Microsoft has increased its recruitment of chip engineers. After Qualcomm abandoned its server chip business, a large number of talents have also been lost. In a recent post from Microsoft, it mentioned Microsoft’s work on ARM64 servers in its data center. This may be a continuation of the company’s plan announced in 2017.

Nowadays, more and more companies are beginning to find new solutions to cope with the massive data supporting cloud computing and smart phone production. After the automation of artificial intelligence chip design, it has triggered a frenzy of new chip design, especially for those with huge data centers. As far as the company is concerned, the consideration of power consumption is becoming more and more important. At this time, Arm-based chips become more energy-efficient and better choices.

Next Huawei Launched In-Car Smart Screen For All Models