On December 10, OPPO released a new generation of Reno5 and Reno5 Pro series phones, starting at 2,699 yuan ($413). This afternoon, OPPO released the much-improved model from this series, namely the OPPO Reno5 Pro+. It not only comes with the Snapdragon 865 chip but also sports the IMX766 flagship sensor customized in cooperation with Sony. 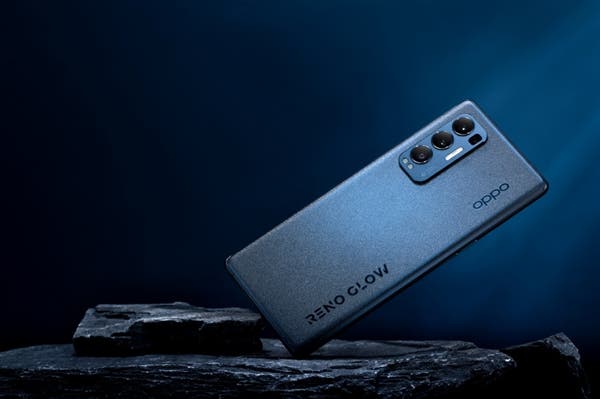 As you understand, one of the biggest highlights is the 50MP IMX766 main camera lens. But it is accompanied by a 16MP wide-angle lens, a 13MP 5x optical zoom telephoto lens and hybrid 2MP macro lens. 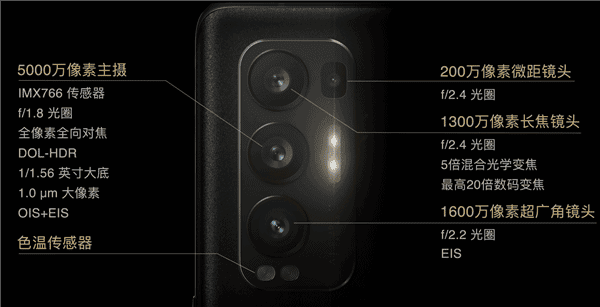 The manufacturer stated that the main camera of the IMX766 sensor is customized by Sony. It has a 1/1.56 inch outsole. The amount of light has increased by 63.8% compared to the previous generation IMX586. It supports full-pixel omni-directional focusing. The unique 2×2 pixel structure makes focusing faster and more accurate. This sensor also supports focus tracking for video. Thus, it can automatically lock the moving and static subject and predict the movement trend in real time.

In addition, IMX766 has also improved the dynamic range. For the first time, we meet the Sony DOL-HDR digital overlay high dynamic range technology. The dynamic range and image quality of video shooting have been increased by 200%, effectively alleviating the phenomenon of motion smear. Plus, it comes with a Live HDR video algorithm as well as video recording WYSIWYG.

In terms of front camera, the 32-megapixel lens of the Reno5 family is here again. It also supports functions such as video super image stabilization, AI radiant video beauty, and AI video enhancement.

In terms of hardware, the processor of the Reno5 Pro+ mobile phone has been upgraded from the Snapdragon 765G to the Snapdragon 865. It also supports Hyper Boost 4.0 technology. It reduced the game power consumption by 9.8% and the temperature by 1.2°C.

When it comes to gaming, the Reno5 Pro+ brings a five-dimensional super-sensing gaming experience. The phone supports a high frame rate of 90Hz and a stronger 4D vibrating atmosphere. It unites with the star player 33 of the Peace Elite PEL League 4AM team to record his hand-hands and sensitivity in the game.

In addition, the Reno5 Pro+ smartphone has also become the designated device for the League of Legends professional league in the 2021 LPL event.

It is worth mentioning that the weight of the Reno5 Pro+ is only 184g and the thickness is only 7.99mm. And it comes with a new color variant of Floating Night Shadow.

There is also the Reno5 Pro+ Artist Limited Edition. It is exclusively customized by visual artist Joshua Vides. This is the first mass production of this technology. It has developed to the third generation and has a life of more than 30,000 cycles of color change.

Next Flagship Smartphones Prices Rose A Lot In 2020