Xiaomi has finally revealed its plans to release a stable version of the MIUI 12.5 user interface for ordinary users of Xiaomi, Redmi and Poco smartphones who do not want to risk testing builds.

Xiaomi introduced MIUI 12.5 a couple of days ago along with the flagship Xiaomi Mi 11 smartphone. At the same time, closed beta testing began. Open beta testing will be conducted in two phases starting in mid or late January.

Now it became known when you can expect a stable version of MIUI 12.5. After all, now there are only test versions with all their disadvantages, flaws and dangers.

So Xiaomi is planning to start rolling out MIUI 12.5 stable builds at the end of April 2021. And we are talking only about the Chinese market so far, the release dates for MIUI 12.5 for international versions of smartphones have not yet been disclosed. The first stable MIUI 12.5 will arrive for the Mi 10, Mi 10 Pro and Xiaomi Mi 10 Extreme Commemorative Edition.

MIUI 12.5 has received a slightly redesigned interface, new super wallpapers, many new natural sounds and more. It is lighter, faster and provides an improved interaction with Windows. 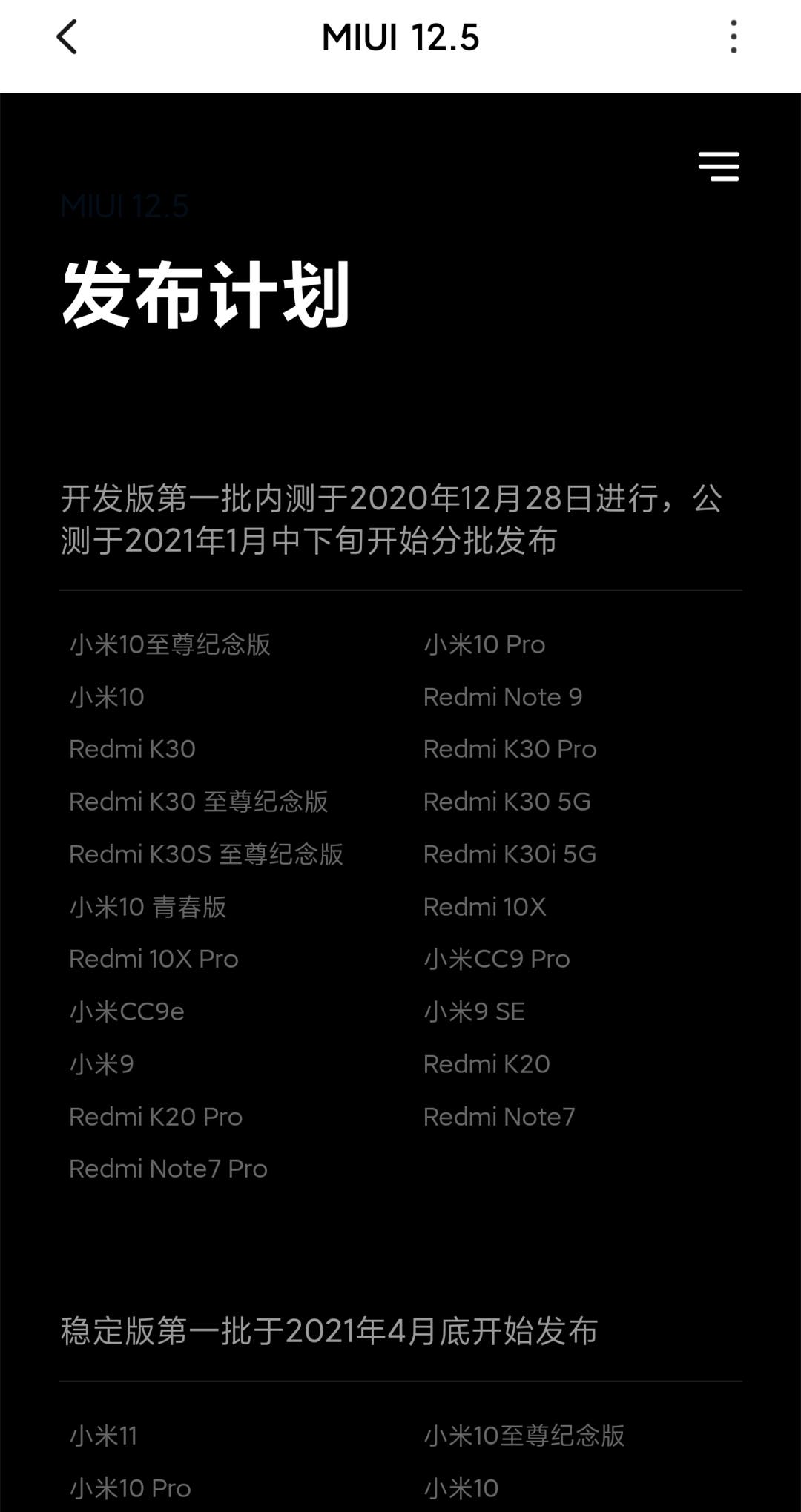 Previous Nokia 7.3 will arrive with 5G support and a large battery