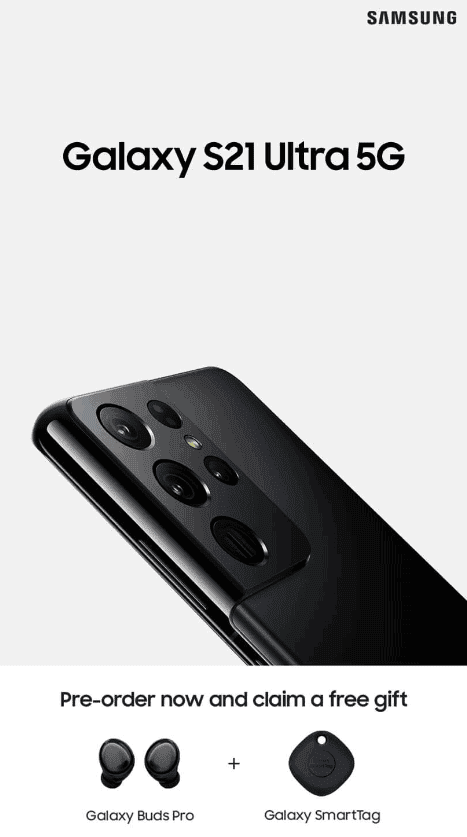 Thus, if you have plans to purchase the Samsung Galaxy S21 Ultra, this may be a good time to join the pre-order. Of course, these devices going for free will be on the shelf soon for a fee. The Galaxy S21 Ultra will be available in Phantom Silver and Black colors. The device will be released at the Unpacked event on January 14 and will be available on January 29, 2021.

The new Samsung Galaxy S21 series flagships are expected to break the conventions of previous years. Like last year’s models, the series will include the S21, S21+, and S21 Ultra. With the release time approaching, more and more appearance and configuration details have been leaked recently. 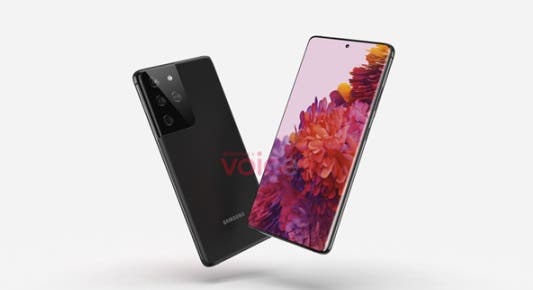 According to reports, the Samsung Galaxy S21 Ultra will come with an improved version of the 108MP main camera on the previous S20 Ultra, with a single-pixel reaching 0.8μm. At the same time, relying on the new ISOCELL HM3 sensor, the light input can be increased by 12%. Thus, you can take night scene photos faster and better, retaining more scene details. In addition, the source also revealed that the S21 Ultra will also cancel the ToF lens and switch to a laser focus sensor. Although more parameters are unclear, there is no doubt that photography will still be a highlight of the machine.

In other aspects, according to previously leaked news, the new Samsung Galaxy S21 series will still include the Galaxy S21, Galaxy S21+, and Galaxy S21 Ultra. In addition to the new Snapdragon 875, it will also launch its own brand new Exynos 2100 mobile platform. By the way, it uses the same 5nm process, and it will adopt the “1+3+4” octa-core design. In this approach, “1” is the super-large core Cortex X1, and its peak performance is 23% higher than that of Cortex A78. In addition, the Galaxy S21 Ultra will also introduce the iconic accessory of the Note series – the S Pen stylus. But it will not come with the Note-like reserve a pen hole in the body. So consumers should purchase it separately.

It is reported that the new Samsung Galaxy S21 series flagship will be officially unveiled on January 14, 2021. They will have two versions powered by two 5nm flagship chips, Qualcomm Snapdragon 888 and Samsung Exynos 2100.

Next Galaxy A32: The design of the cheapest Samsung 5G smartphone is leaked