Yesterday, high-quality renders of the new Oppo Find X3 Pro smartphone appeared on the Web, which looks rather unusual. The designers smoothly connected the back of the smartphone with the protruding camera unit, giving the device a unique look.

Then the company Oppo published on its page in the social network Weibo a statement that the smartphone with “impossible surface” will be presented in March this year. Attached to this post are the aforementioned renders of the Oppo Find X3 Pro. 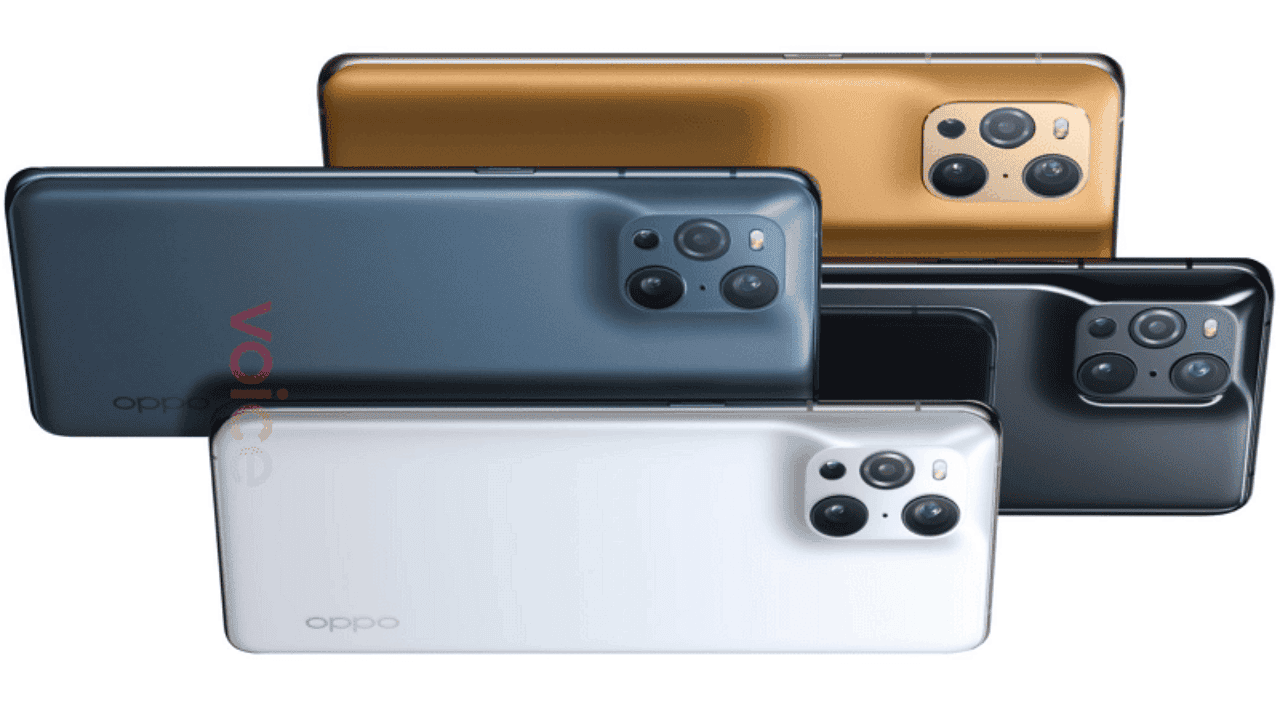 According to previous leaks, the smartphone will receive a Snapdragon 888 SoC, a 6.7-inch curved OLED display with a resolution of 1440 x 3216 pixels and a refresh rate of 120 Hz. The Oppo Find X3 Pro will receive a 4500 mAh battery that supports 65W SuperVOOC 2.0 fast charging and 30W VOOC Air wireless charging.

The highlight of the smartphone will be the quad-camera, which will include two 50-megapixel Sony IMX766 sensors with conventional and ultra-wide-angle lenses. The 13-megapixel camera will provide 2x optical zoom. There will also be a 3MP macro camera, which will provide 25x zoom. Oppo Find X3 Pro will receive an OFILM lens, it will surpass all previously released smartphones in zoom capabilities. It is compared to a microscope.

The images come as a courtesy from Evan Blass from evleaks (via Voice). As aforementioned, the new handset has a design that is quite unique and completely leaves behind the guidelines established by its predecessor. The new design quite resembles the iPhone 12 Pro Max camera island. However, the company didn’t use a frame that protrudes. Instead, the back panel has a protrusion of its own that houses the camera bump. The final result makes it look like the cameras are trying to escape the back. Of course, not everyone will get into this design. But at least the company is trying to leave the overused rectangular cutout formula. 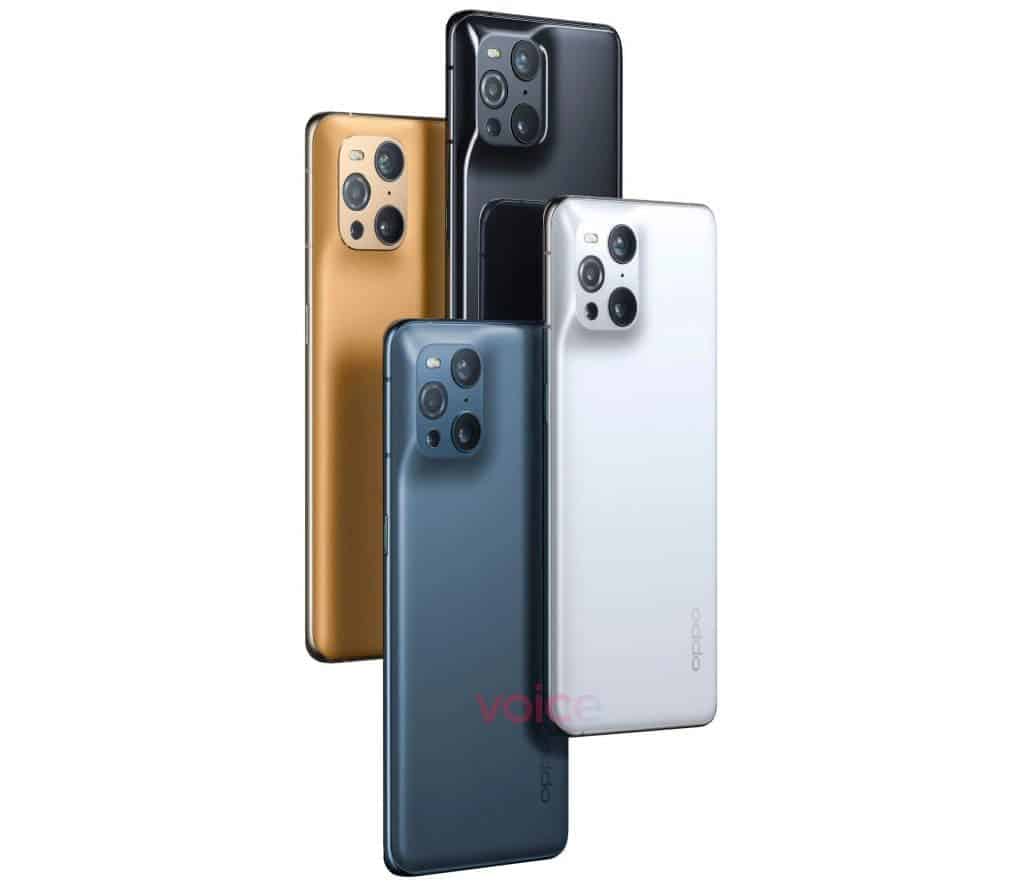 The leaked renders also reveal the Oppo Find X3 Pro comes with a curved display, probably of the AMOLED kind. We assume that it will have a 120Hz refresh rate and the resolution may go up to QHD+ just like recent flagships like the Mi 11 and the yet-to-go-official Galaxy S21 Ultra. The display may also stick with the punch-hole formula. The leaked renders also show volume buttons on the left and a power button on the right. The device will come in Black, Blue, Orange, and White colorways.

According to Evan Blass, the phone will have in fact have a QHD+ panel with a 6.7-inch diagonal and 120Hz refresh rate. It will also pack a punch-hole cutout for the selfie snapper. The Quad-Camera setup has two 50MP Sony Cameras, a 13MP telephoto camera, and a 3MP macro camera providing 25x zoom. He further states that the phone will pack SuperBOOC 2.0 for fast wired charging and also has fast wireless charging. 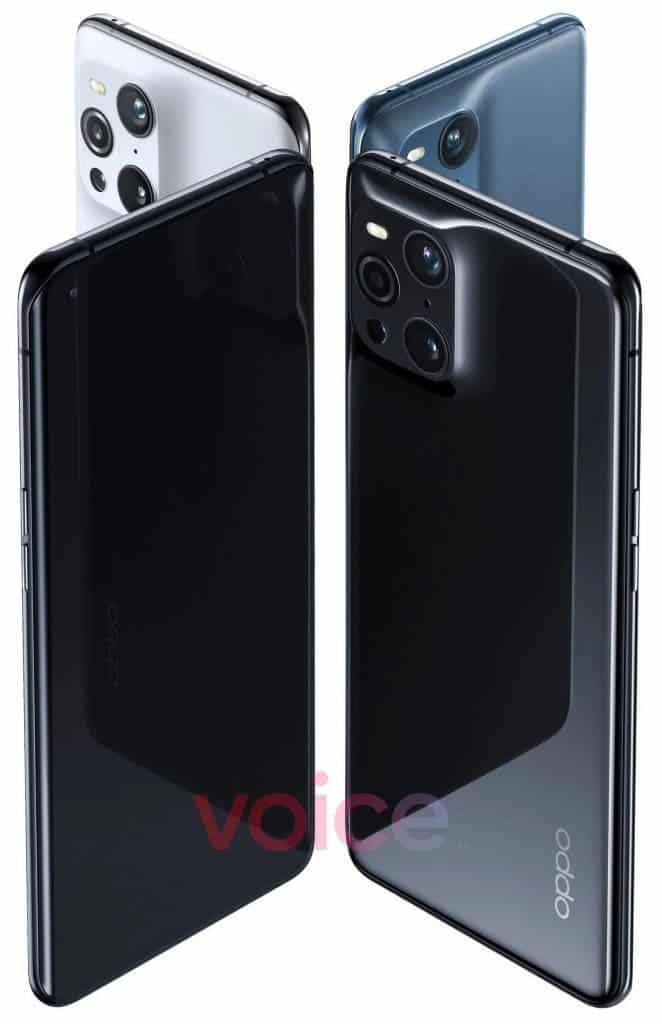 A previous leak states that it will have a 4,500mAh capacity, 65W fast-charging, and 30W wireless charging. The phone will also pack a dual-body NFC antenna that allows you to tap-to-pay not only with the back but also with the screen. That’s a nice way to expand the NFC usability.

Alongside the Oppo Find X3 Pro, the company will also unveil a vanilla edition. It may be followed by Neo and Lite counterparts at a late date.