The last time Xiaomi released a smartphone in the MIX series was May 2019 when it unveiled the Mi MIX 3 5G. Its been almost two years and it appears that Xiaomi will now update the series. There have been rumors and speculations regarding the Xiaomi Mi MIX 4. A recent report claims that this device will come with on-screen camera technology. According to @DigitalChatStation, a new Xiaomi Mi MIX phone will arrive this year. However, this device will not launch before the Xiaomi Mi 11 Pro. According to speculations, the Xiaomi Mi 11 Pro should arrive in February or March this year.

Recall that the Mi MIX 4, MIUI 13, and Mi Note 11 recently appeared in the HTML code of the official European MIUI website (miui.com). However, since then, there has been no report on these devices. At present, there is very little news about Xiaomi Mi MIX 4. Although a blogger once released an alleged real image of the Xiaomi Mi MIX 4. However, the authenticity of the image is not very high. Thus, it is mere speculation and nothing more.

After the 4G version of Xiaomi Mi MIX 3 in October 2018, we had the 5G version in May 2019. Since then, there has been no report on the MIX series. The Mi MIX 4 will be the fourth product in the Mi MIX series. At present, netizens are very enthusiastic about the Xiaomi Mi MIX4. Considering that Xiaomi has announced that it will release the third-generation under-screen camera technology this year and achieve mass production.

Xiaomi is very likely to launch a new mass-produced under-screen camera in the second half of the year.

Moreover, Xiaomi executives have introduced that they have achieved the mass production stage of the third-generation under-screen camera technology as early as August last year. They also said it will be officially mass-produced this year. 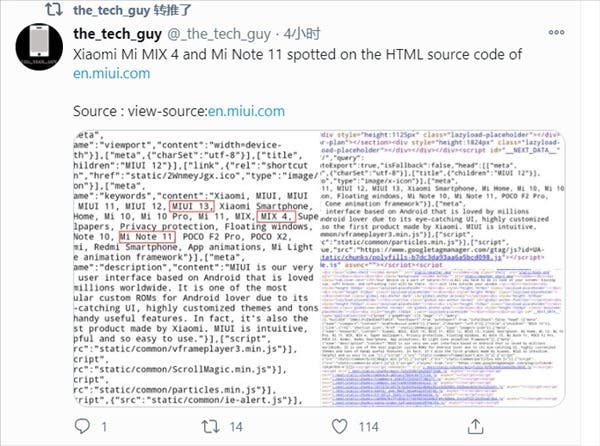 In this regard, we guess the first Xiaomi smartphone to come with this technology will be the Xiaomi Mi MIX 4.