With the release of the first wave of 5G flagships in the beginning of the year, the gaming smartphones of various brands are already on the way. Among them the Red Magic 6 is the first in terms of leaks, rumors and news. Previously, we have already managed to get acquainted with its appearance though a leaked photo / video. And today, the phone spotted in another spy photo.

According to the photo released by the blogger, the Red Magic 6 uses a back shell design that has an e-sports look. There are rear three camera sensors supporting some AI features. 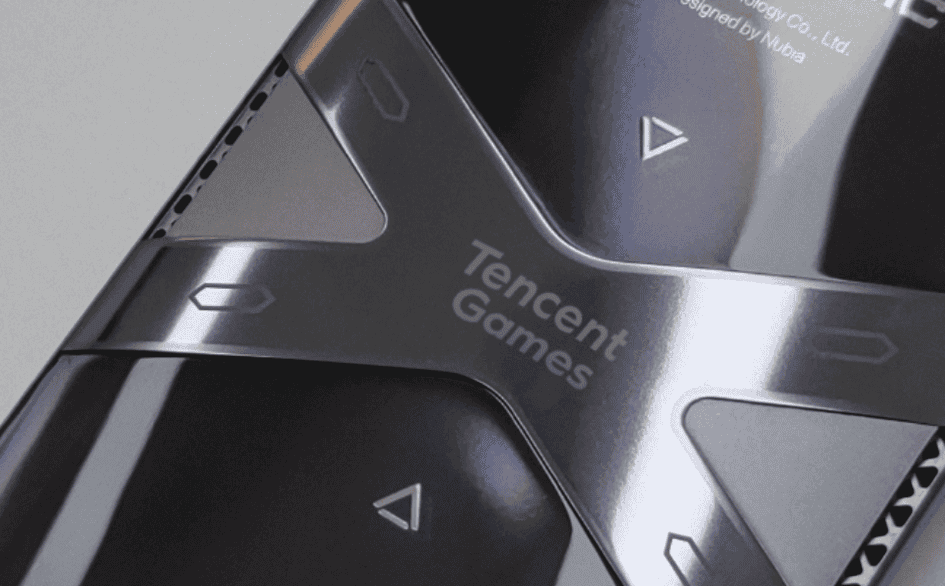 At the same time, the heat sink in the middle of the smartphone carries the words ‘Tencent Games’. This is a clear hint that the Red Magic 6 is jointly created by Nubia and Tencent. Plus, we are waiting for exclusive optimizations in Tencent’s gaming experience. This is the second collaboration between Tencent and gaming smartphone brands after Black Shark and ROG. Moreover, these two provided excellent performance. So there is every reason to think this one won’t be an exception.

Around the fuselage, the Red Magic 6 has obvious openings. So we think it will come with the same air-cooled heat dissipation technology of the previous generation. The air-cooled heat dissipation technology of the Red Magic 6 allows the phone to output a larger air volume in a smaller space. This is much better than the traditional liquid cooling effect.

In terms of configuration, there is no doubt that the Red Magic 6 will be equipped with Qualcomm’s Snapdragon 888 flagship chip. It should be supplemented by 8GB of memory and run the Android 11 operating system. According to its previous GeekBench running points, the single-core score is 1004 points, and the multi-core score is 3306 points. The results are not bad, and the final release version should have improved.