Xiaomi has implemented an updated haptic feedback setting in MIUI 12.5, which has not been described in detail before. Now, screenshots describing the new Natural Touch haptic feedback system have appeared on the Xiaomiui Telegram channel.

According to XDA Developers forum, the new Xiaomi Natural Touch haptic feedback system is already present in the Chinese build of MIUI 12.5. According to the official description, Natural Touch will give users more realistic feedback on their touches, swipes and gestures with varying intensities depending on the settings. 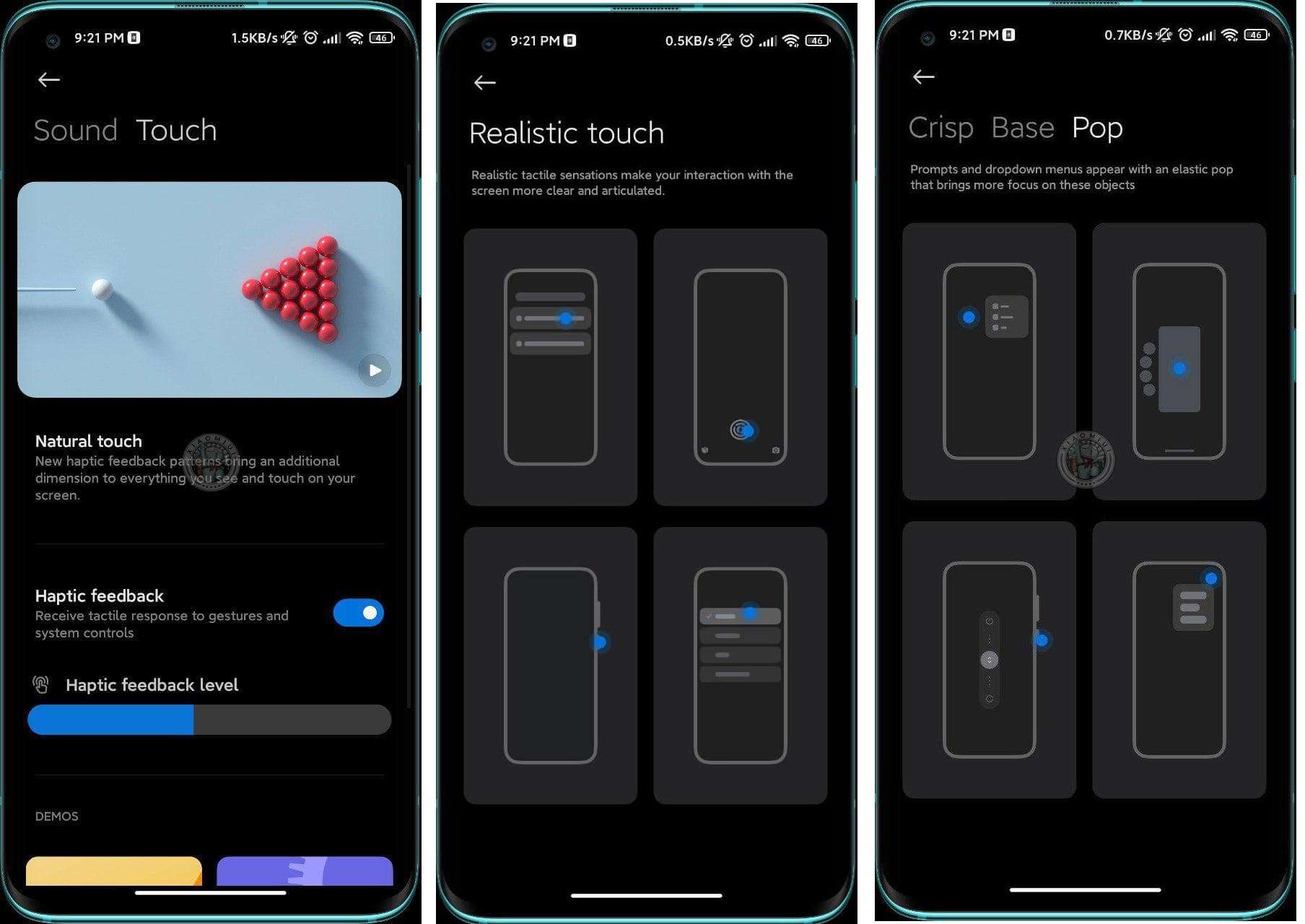 Users will have access to Natural Touch settings for Crisp, Base, Pop and Realistic Touch modes. Crisp provides high-frequency feedback that can be felt when moving icons on the home screen, copying text, and adjusting the volume.

Base vibration (Base) will be triggered for swipe gestures, while haptic feedback (Pop) is saved when opening context menus. Realistic Touch will trigger when you unlock your device, press the power button, or interact with notifications.

MIUI 12.5 Global is due out this spring.

Xiaomi releases the first open beta of MIUI 12.5 with support for 28 devices

Xiaomi has announced the release of the first open beta version of the MIUI 12.5 user interface for Xiaomi and Redmi smartphones.

While public testing will take place in China. Previously, the company conducted closed beta testing and also only for Chinese users. At the moment, MIUI 12.5 supports 28 smartphone models.

Earlier, some reports point that Xiaomi plans to start rolling out stable builds of MIUI 12.5 at the end of April 2021. And so far we are talking only about the Chinese market. We do not know the exact release date of MIUI 12.5 for the international versions of smartphones. The first to receive stable MIUI 12.5 will be the new Xiaomi Mi 11, as well as Mi 10, Mi 10 Pro and Mi 10 Extreme Commemorative Edition.

MIUI 12.5 has received a slightly redesigned interface, new “super wallpapers”, many new natural sounds, it is lighter, faster and provides an improved interaction with Windows.

At the official launch conference of the Xiaomi Mi 11, the company also officially released the MIUI 12.5 system. According to Xiaomi, MIUI 12.5 is lighter, faster, and more economical. The System UI has a new design, and the memory usage is much better. This system optimizes system apps one by one and reduced the background memory usage by 35% on average. It also significantly decreases the system application power consumption by an average of 25%. In addition, through a comprehensive uninstallable special item, apps that cannot uninstall desktop icons are minimized.