Yesterday, the famous insider and designer Ben Geskin posted the first renderings of the foldable smartphone Samsung Galaxy Z Fold 3, which were created on the basis of leaks and information available on the Web.

This whistleblower is trustworthy as it was the first to show how the iPhone X and Samsung Galaxy Fold 2 will look a few months before the announcement, and also regularly posts high-quality renders of upcoming smartphones using blueprints and information leaks. 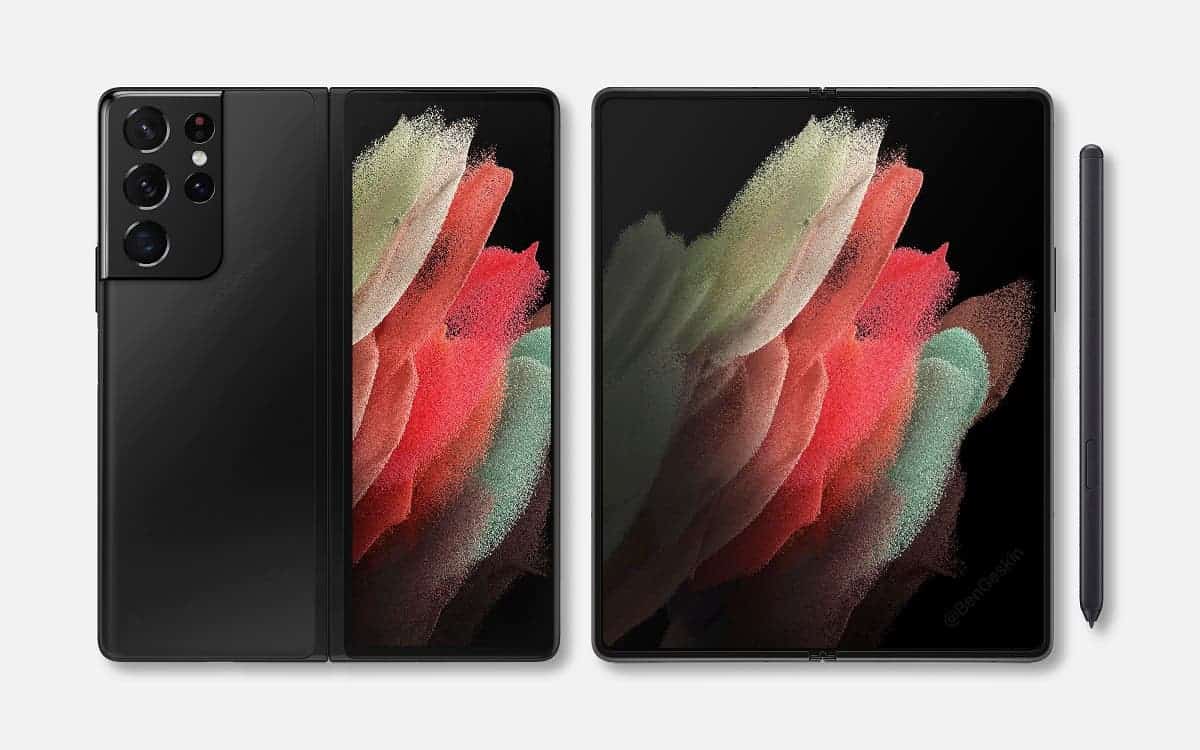 Judging by this image, when folded in the back, the smartphone will resemble the Samsung Galaxy S21 Ultra with its main camera unit. In addition, it will receive a stylus, like this flagship smartphone from the manufacturer. Previously, stylus support was not available in any of the company’s foldable smartphones.

The main flexible screen will receive very narrow bezels around the perimeter, as well as a front camera embedded in the screen.

The presentation of the Galaxy Z Fold 3 is expected in the second half of this year.