A couple of weeks before the announcement, a real photo of the flagship Redmi K40 Pro smartphone has appeared on the Web, which allows us to examine the rear panel of the device in detail.

The design of the main camera resembles the stretched camera module of the Xiaomi Mi 11, it includes four image sensors. The inscription confirms that the resolution of the main sensor is 108 megapixels.

A few days ago, the Redmi K40 series passed the certification of the PRC Ministry of Industry and Information Technology, so we already know that the Redmi K40 Pro will receive a 6.81-inch AMOLED screen with a 1440p + resolution. It should support a 120Hz refresh rate and HDR10 + high dynamic range. 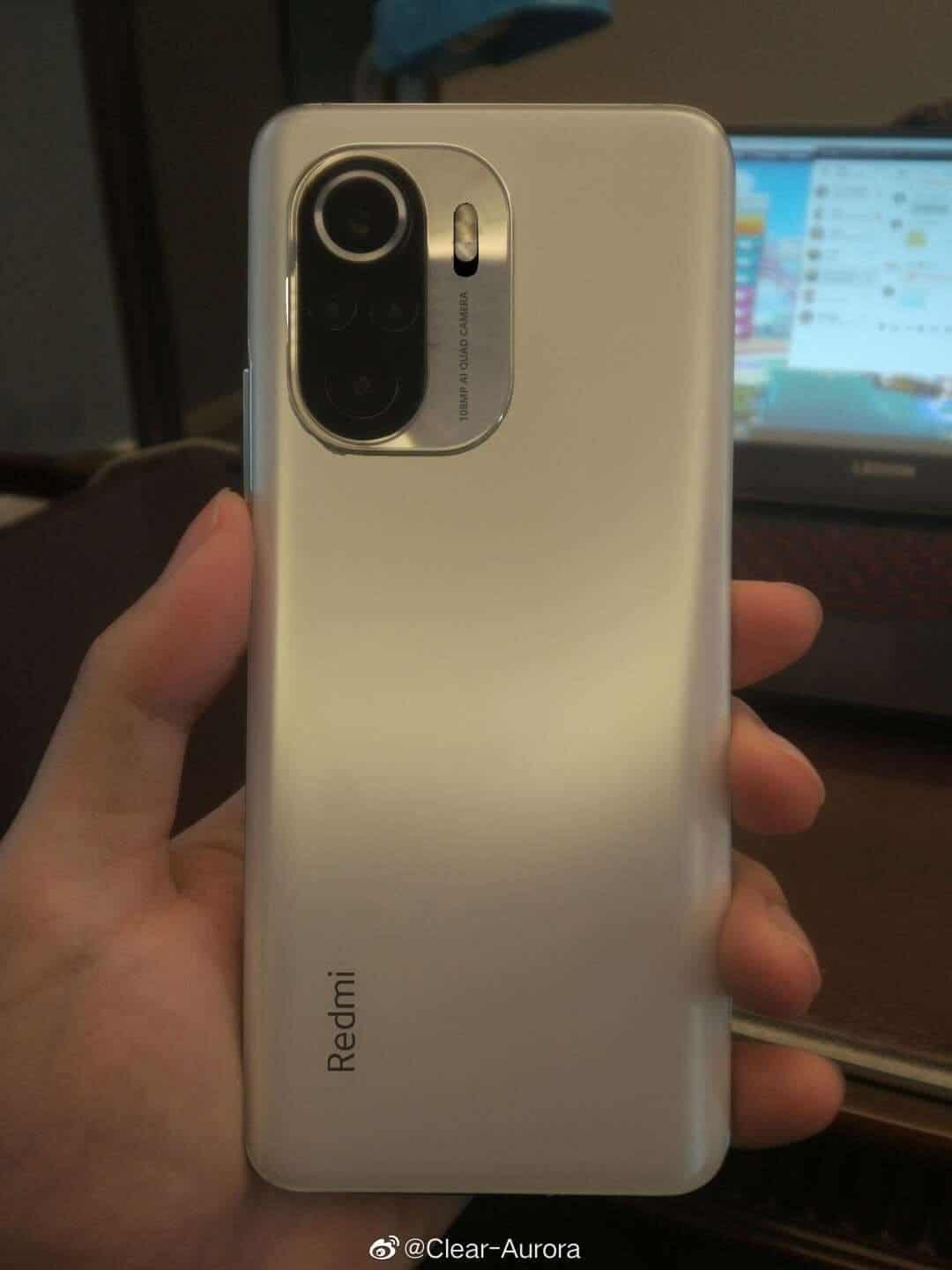 Redmi K40 Pro will be equipped with a Snapdragon 888 SoC and up to 12 GB of RAM, as well as a 5,000 mAh battery. The main camera (in addition to 108 megapixels) uses image sensors with a resolution of 13, 5 and 2 megapixels, the front camera will be 30 megapixels.

The presentation is expected on February 25th.

Xiaomi has recently been talking about some of the features of the new Redmi K40 smartphone, and now we have official photos of Redmi K40 and Redmi K40 Pro, which have appeared in the database of the Chinese regulator TENAA.

Redmi K40, with model number M2012K11AC, is equipped with a flat display with a hole for the front camera. The main camera unit looks like an elongated version of the Xiaomi Mi 11 camera. The camera features two large and two small lenses. On the right are the laser focusing module and LED flash.

The volume and power buttons are on the right, there are no buttons on the left, and there is no SIM card slot either. It should be on the bottom, near the USB-C connector.

Redmi K40 Pro is shown in a different color, however, there are no external differences. So far, TENAA confirms support for 5G (SA and NSA) and dual SIM. A full list of characteristics will be published shortly.

Lu Weibing, President of Xiaomi Group China and CEO of Redmi, posted on his page that the Redmi K40 will offer the highest performance, the best flat panel display, dual stereo speakers and long battery life.

The Redmi K40 series will be announced on February 25th.