Chinese insiders have long been saying that Redmi K40 will receive an outstanding screen, and today these data have been officially confirmed. Brand head Lu Weibing posted a teaser on Weibo and explained the features of Samsung’s OLED E4 display.

These OLED panels use new organic materials with significantly improved light output – they emit brighter light with less energy consumption. Such screens, only curved and not flat, are used in both Xiaomi Mi 11 and Samsung Galaxy S21 Ultra. The second teaser just demonstrates the absence of bends in the display of the Redmi K40 – and many users will find such a thing a plus. By the way, the refresh rate of the Redmi K40 screen will be 120 Hz. 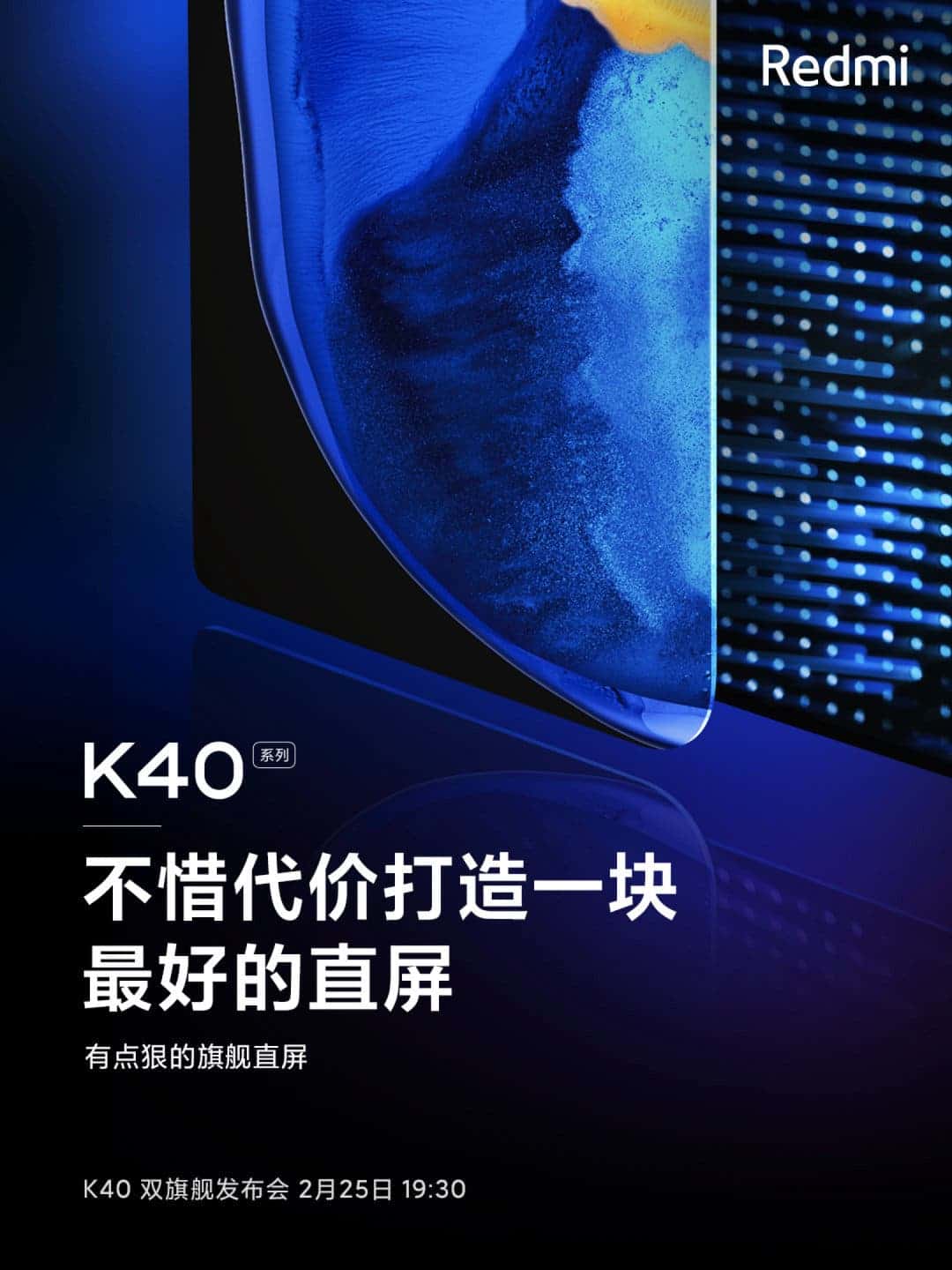 We will remind, the smartphone will be officially presented on February 25 along with its bigger brother Redmi K40 Pro. The new smartphones will receive LPDDR5 RAM and UFS 3.1 flash memory, a Wi-Fi 6 module, 4500 mAh batteries and support for 33W wired charging. There will be no wireless charging in Redmi K40. As for the camera of the Redmi K40, it has three sensors. 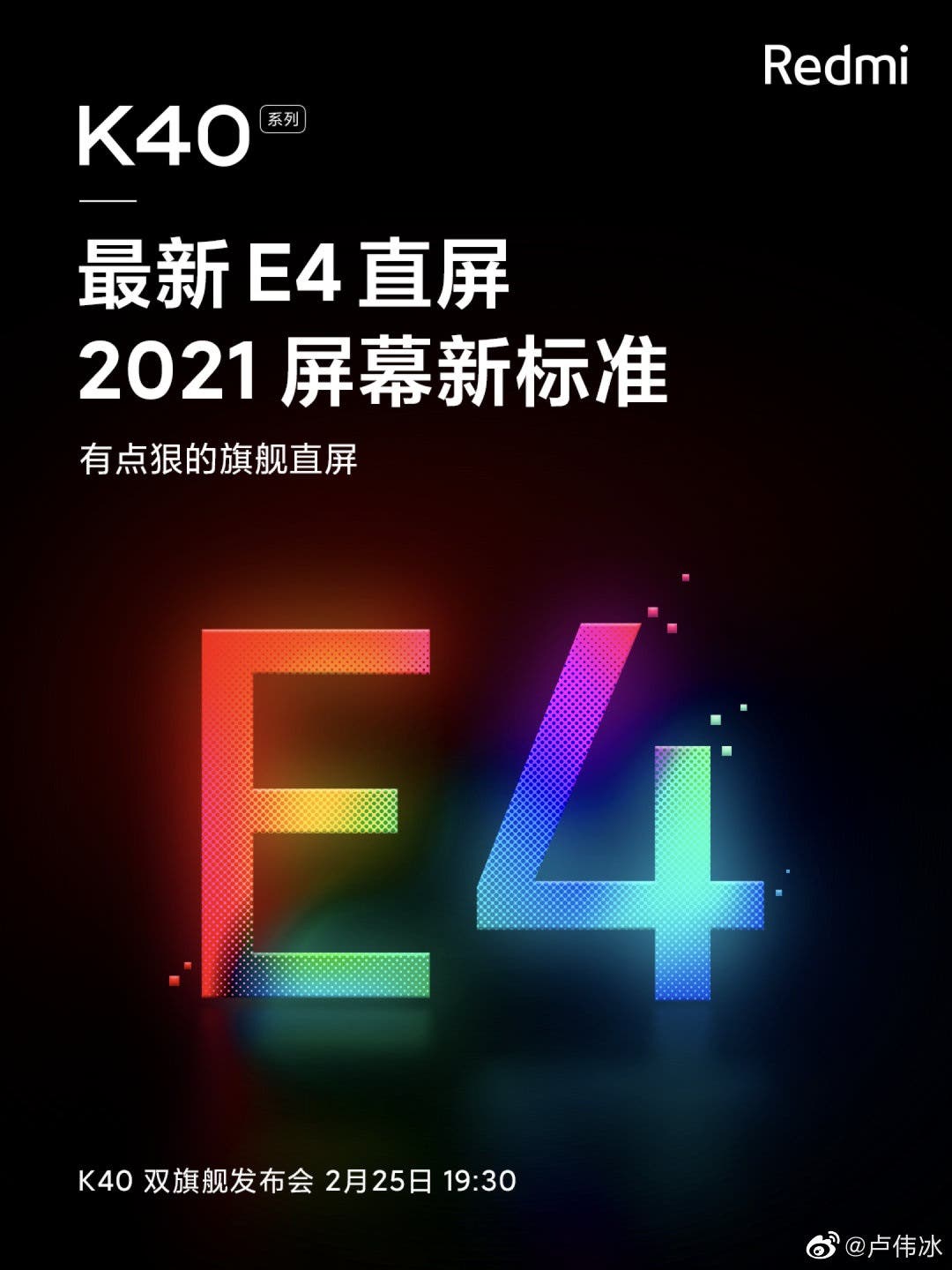