Redmi continues to fuel public interest in its upcoming announcement. On February 25, a presentation is planned not only for the Redmi K40 series of smartphones, but also for the RedmiBook Pro laptop.

Previously, Redmi showed off the RedmiBook Pro on its posters piece by piece, such as a backlit keyboard or a small piece of an aluminum body with a hinge and USB Type-C and HDMI connectors.

Now, on the official RedmiBook page on the Weibo social network, a poster with the entire RedmiBook Pro laptop has been published. The image shows the basic design, including the angular aluminum body, backlit keyboard, large trackpad and thin-bezel display.

As previously reported, RedmiBook Pro is expected in two versions – 15 and 14 inches. It will be based on the 11th generation Intel Core processors and Nvidia GeForce MX450 graphics. 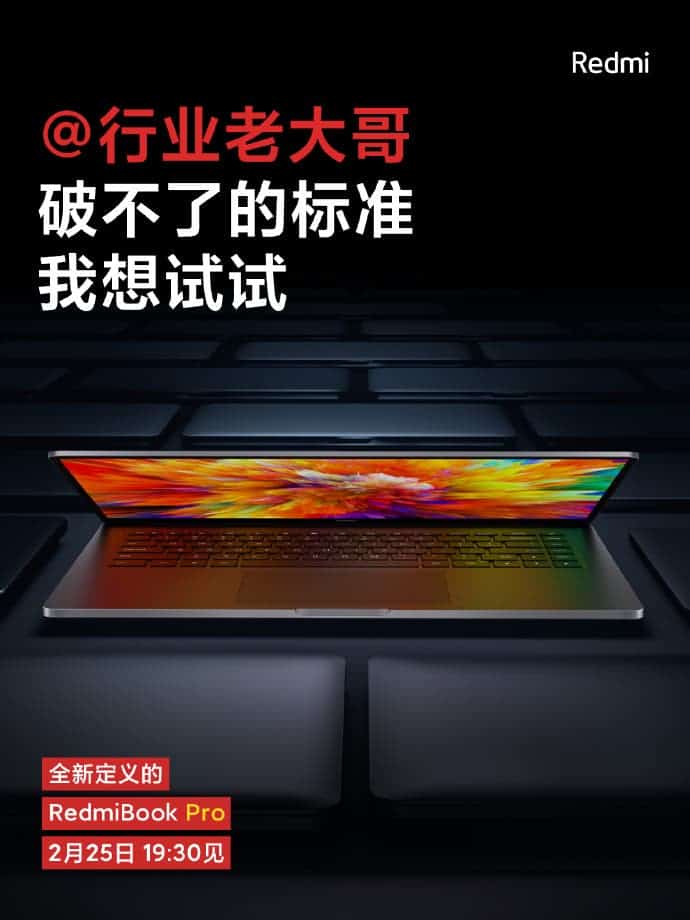 Previous Whatsapp: you will not be able to read or send messages if you disagree with the new rules

Next Sony PS5 controller drift issue is a hardware problem