In the latest promo poster, we can see an official confirmation that the RedmiBook Pro laptop will come with a Thunderbolt 4 interface. 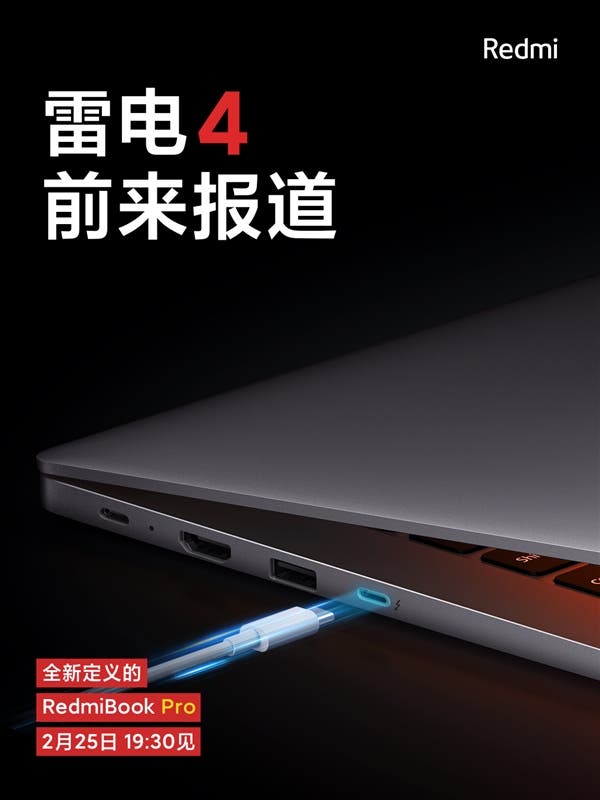 The Thunderbolt 4 is not only compatible with USB 4 but also can connect to a dual 4K or an 8K monitor.

The highest bandwidth of Thunderbolt 4 is 40Gbps like Thunderbolt 3. But it can also provide up to 100W power supply/charge capability. However, due to the main control certification and other reasons, the Thunderbolt 4 is almost bundled with the Intel 11th generation Core processor.