We’re reaching the final month of Q1 2021. It will probably be the hottest of the months for smartphone enthusiasts and those who love gaming phones. There are several companies preparing new devices for the next month, and the gaming bandwagon is among them. Brands such as Black Shark and Nubia will be unveiling their next big thing for the mobile gaming world in the next month. The latter will unveil the next iteration for its Red Magic smartphone series that will carry the Red Magic 6 moniker. The device will be an impressive package of specifications from the chipset to the fast-charging capabilities.

The Red Magic 6 will be unveiled on March 6. The brand is gearing up to launch two editions this year – vanilla and a Pro variant. Today, the brand is teasing the vanilla variant which is confirmed to carry 120W fast-charging. According to the brand’s CEO Ni Fei, the Red Magic 6 Pro will also ship with the proper charger in the box and explained that it will allow the phone to charge from 0 to 50% in just 5 minutes. One can think that it would charge the phone to 100% in just 10 minutes. However, the rate tends to be reduced when the battery is reaching its peak in order to prevent it from damage. However, we’re expecting a full charge in less than 20 minutes.

It’s amazing to see that Nubia isn’t shipping a phone without its charger. Nowadays, conventional brands are slowly removing charging bricks from the retail boxes. Unfortunately, this seems to be a tendency and there is nothing we can do to prevent it from expanding to more and more brands. Thankfully, there are ones that will try to differ. 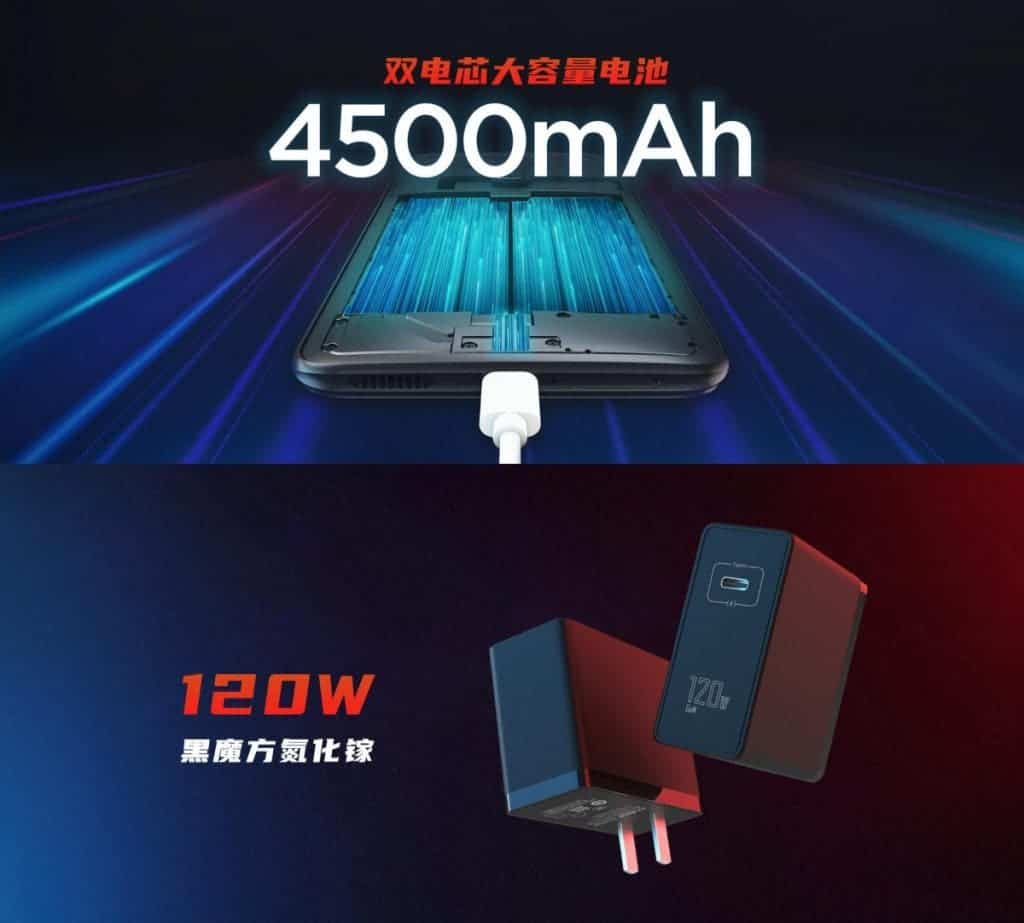 The charging brick will be present in the package

The Nubia Red Magic 6 will pack a 4,500mAh battery, and we assume it uses the dual-cell technology with two 2,250mAh batteries. After all, a single 4,500mAh can’t withstand the stress coming from a 120W charger. The charging brick will be a typical GaN charger that is smaller, lighter, and more efficient. In case you’re wondering it will also come with a USB-C cable alongside.

Nubia’s CEO also explained what precautions his team took to prevent the battery from being ruined. There is a graphite sheet that assists the fast charging and an electrolyte that uses kinetic energy to redistribute the charge quicker on the inside of the gaming handset. Moreover, the designers have placed a reinforced casing for the battery. If it malfunctions, the rest of the handset’s internals will remain intact.

The new Red Magic 6 handset is expected to come with Qualcomm Snapdragon 888 SoC and up to 16GB of RAM. It will pack an FHD+ panel with up to 144Hz refresh rate. Gaming phones will stick with FHD+ resolution so the GPU can ensure the best graphical quality for games.

Previous Tens of thousands of Macs are infected with unknown malware