The Redmi K40 series will be officially released tomorrow. Honestly, we have also heard about many new features it will come with. 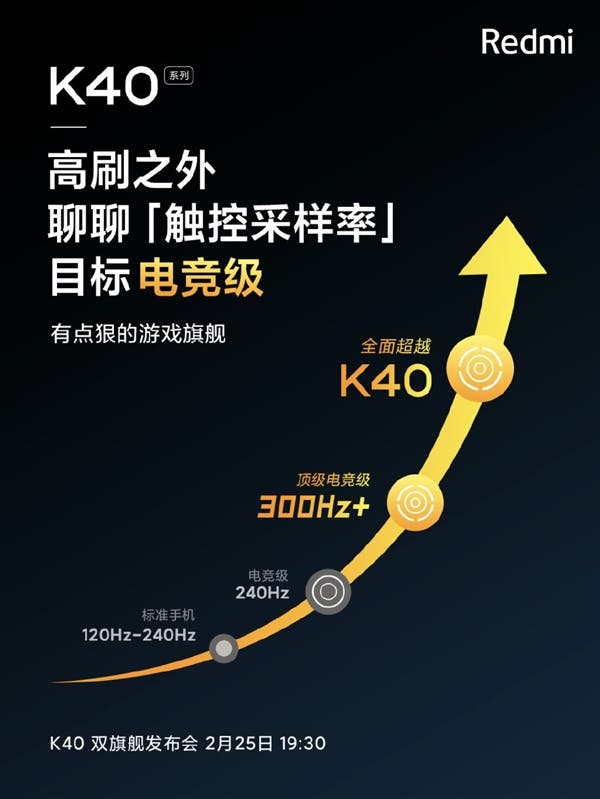 This afternoon, Lu Weibing, the general manager of the Redmi brand, once again disclosed that the Redmi K40 will come with a touch sampling rate of over 300Hz. Thus, it surpasses the level of top gaming phones.

The top e-sports phones currently on the market have a touch sampling rate of 300Hz. So the Redmi K40 is expected to be further upgraded to 480Hz touch sampling rate. Thus, it can provide a faster response speed and you can use it in battle games to be first to make a move.

It is worth mentioning that the high specifications of the Redmi K40 series screens do not stop there.

According to previous official disclosures, the K40 will bring a major upgrade in display technology. Wek know this phone will sport the most expensive screen in the industry.

It uses Samsung’s latest generation of E4 material AMOLED display. Thanks to this leading technology, its screen quality will reach an unprecedented height, reaching a peak brightness of 1300nit, a high contrast ratio of 5000000:1, and also support HDR 10 display as well as a 120Hz refresh rate. 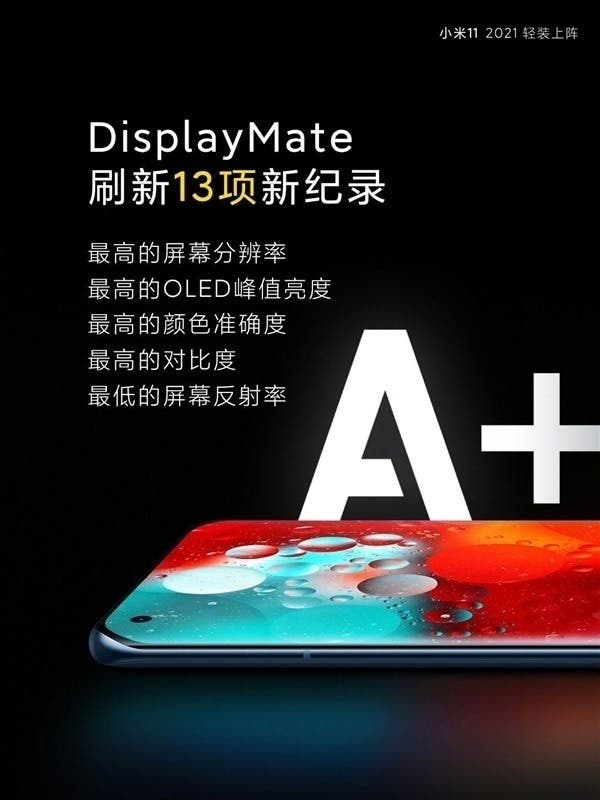 In addition to the application of new materials, the Redmi K40 series will adopt a centered punch-hole design. The aperture diameter is 2.8mm. The manufacturer claims it to be the smallest hole on the market. 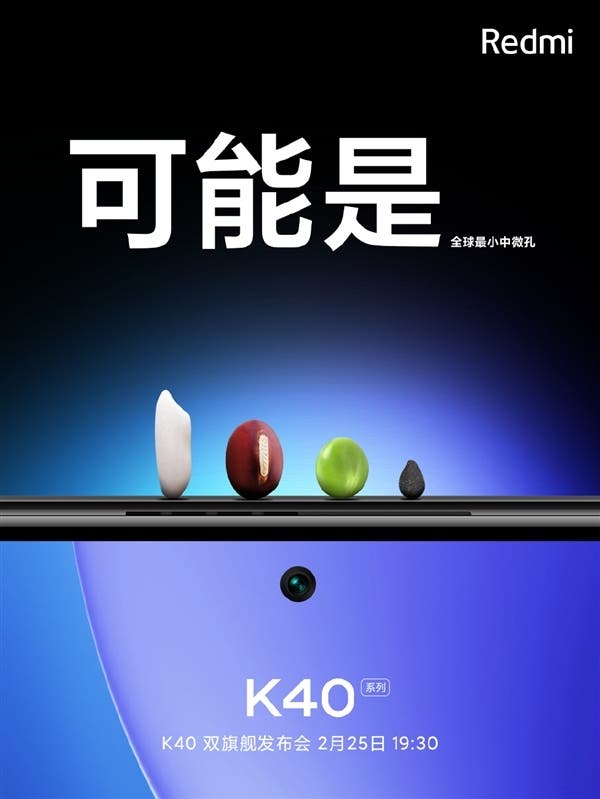 Lu Weibing also previously revealed that the Redmi K40 series models will sport the same screen. This means that the sub-flagship version equipped with the Snapdragon 870 will also have this super high-quality screen.

Next Lenovo Legion gaming phone will arrive this Spring