Apple this week released the latest data on iOS 14 and iPadOS 14 adoption rates, indicating that 80% of iPhones are already running iOS 14 and 70% of iPads are running iPadOS 14. This figure is correct as of February 24th.

As of December 15 of last year, iOS 14 was installed on 72% of iPhone smartphones, 61% of iPad owners used iPadOS 14. If we take into account only smartphones and tablets that were released in the last four years, then as of February 24, 86 % of iPhones and 84% of iPads have already been updated to newer versions of these operating systems.

Despite the fact that Android 11 broke the Android 10 record for the speed of distribution, it still falls short of iOS 14. 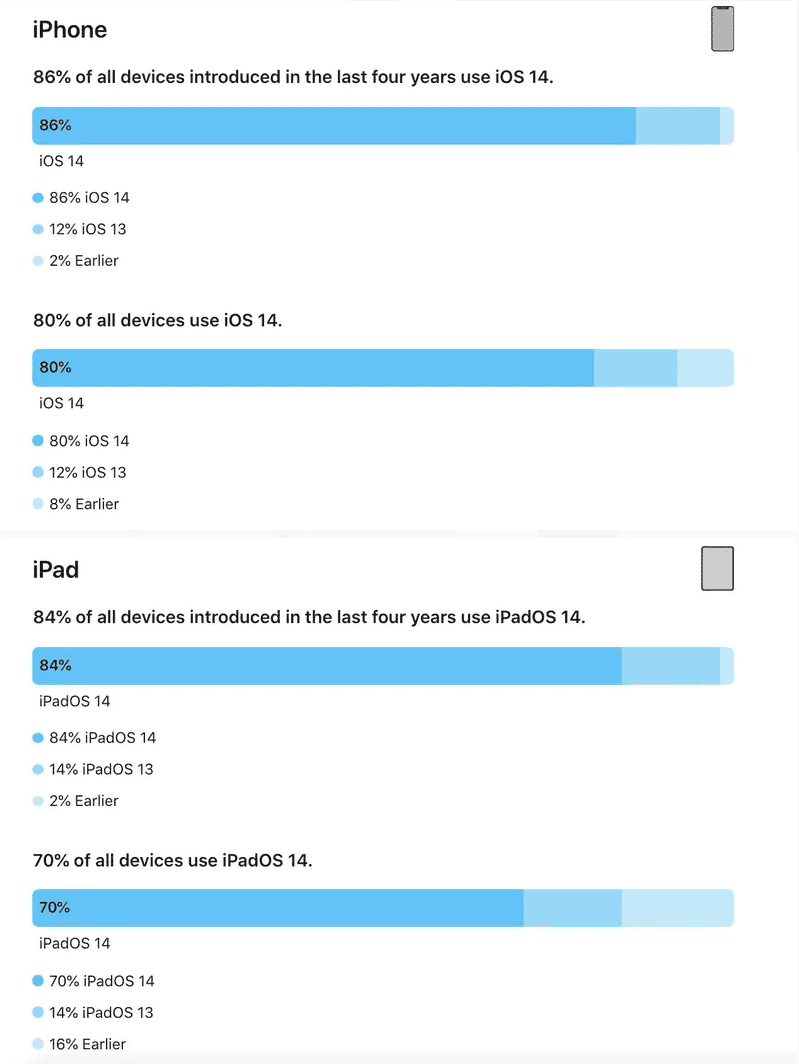 Next JPMorgan reduces its iPhone sales forecast for 2021