According to the GeekBench listings, Realme GT 5G is powered by a Qualcomm Snapdragon 888 SoC, pairs 12GB of RAM, and runs on Android 11 out of the box. Moreover, the retail box of Realme GT was also leaked on Weibo today. 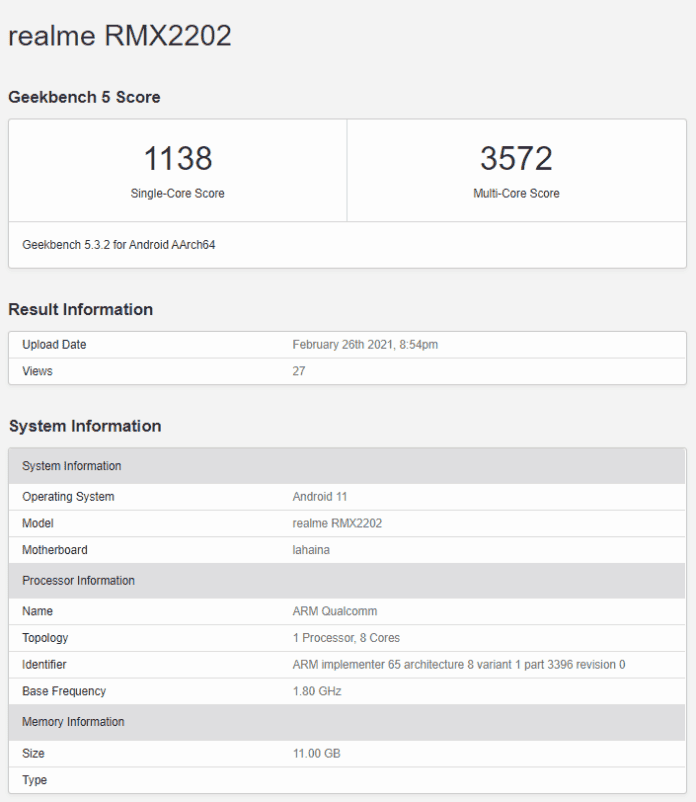 Recently, the smartphone also appears on AnTuTu Benchmarks with the same model number RXM2202. Realme GT 5G gets 770221 points in testing. According to the listing, the smartphone is paired with 12GB LPDDR5 RAM and UFS 3.1 256GB of internal storage. The smartphone is powered by a Snapdragon 888 SoC and runs on Android 11.

According to various leaks and rumors, Realme GT 5G will feature a 6.8-inch display with a resolution of 1440×3200 pixels. The display also packs a 120Hz refresh rate. As you already know the smartphone will be powered by the latest Snapdragon 888 SoC. It Pairs 12GB of RAM and a 256GB internal storage option.

The phone is expected to have a triple rear camera with a 64MP primary camera, a 13MP, and a 13MP secondary camera. The camera setup also has a dual-tone LED flash. Although the front camera of the Realme GT 5G is still unknown. It has a 5000 mAh battery with 65W fast charging support. The phone is also expected to have a 3.5 mm audio jack.

Previous Apple Glass can detect sound and automatically clean itself