The team of the popular AnTuTu benchmark has published its monthly ranking of the most powerful flagship smartphones based on the Android operating system available in the Chinese market.

The February 2021 ranking for the Chinese market differs markedly from the January one. The first four places were taken by the latest models based on the flagship Qualcomm Snapdragon 888 SoC.

In the first place, we see for the second month in a row the iQOO 7 with 726,939 points. The second position is occupied by Vivo X60 Pro + with 726 925. The inexpensive flagship Redmi K40 Pro, presented less than a week ago, immediately took the third place. It scored 718 434 points. But Xiaomi Mi 11 continues to fall. If in the December ranking it took first place, in January – the second, now we see it only in fourth place with 712 366 points. 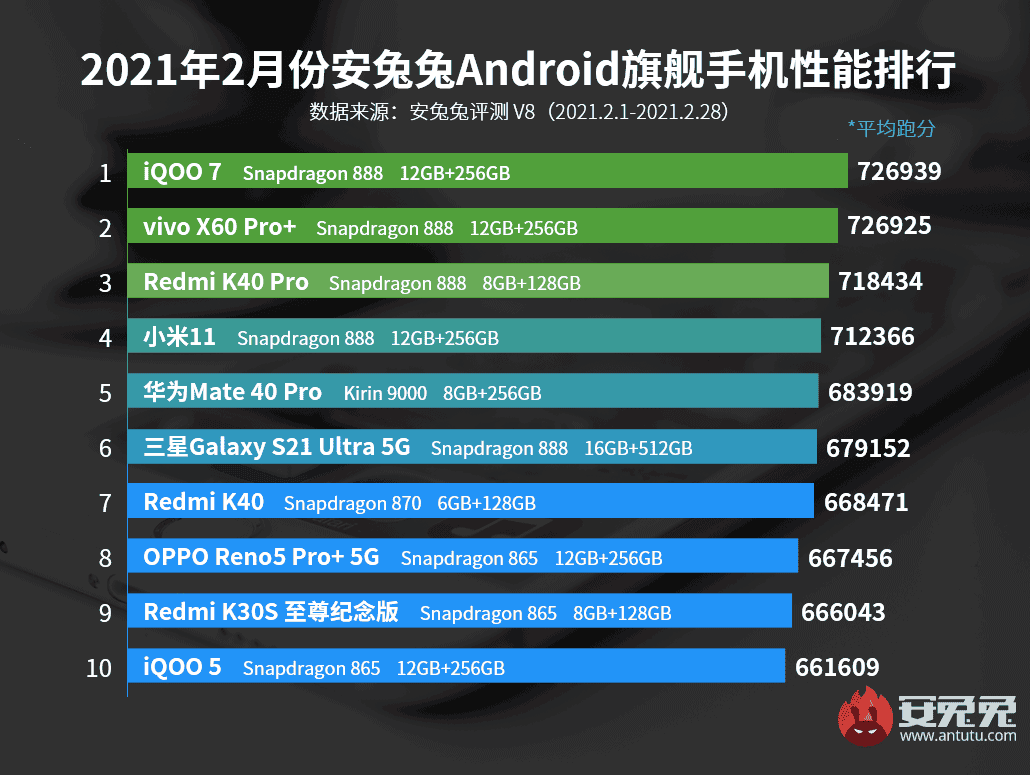 The AnTuTu benchmark team has also published a ranking of mid-range Android smartphones for February 2021 for the Chinese market.

In February, we have a fresh listing – the AnTuTu rating for the first time included smartphones of the Huawei Nova 8 series, which went on sale at the very end of December. 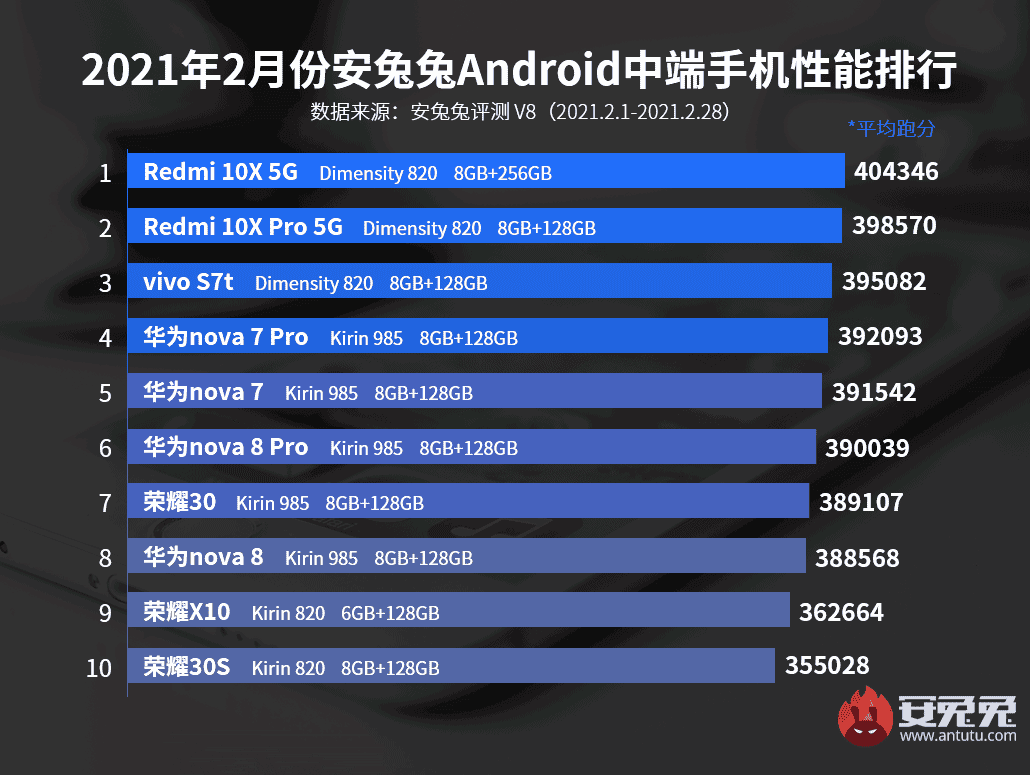 The data were collected from February 1 to February 28, 2021. The table shows the average, not the highest results. For each model, the results of at least 1000 tests were used, and smartphones with fewer tests are not included in the rating.

Next The first Huawei car to hit the road in April