Back in the last week, Redmi announced its 2021 flagship killers in the form of Redmi K40, K40 Pro, and K40 Pro+. The devices are official in the Chinese market and are aggressively priced flagship smartphones packed with Snapdragon 870 / 888 chipset, 120Hz refresh rate displays, powerful camera combo, and capable batteries. The company carried out the first sales of the K40 and K40 Pro 00:00 AM local time on March 4 in China. Once again, the handsets were sold out just a few minutes after they were made available for purchase. Apparently, Redmi already has another hit on its hands. 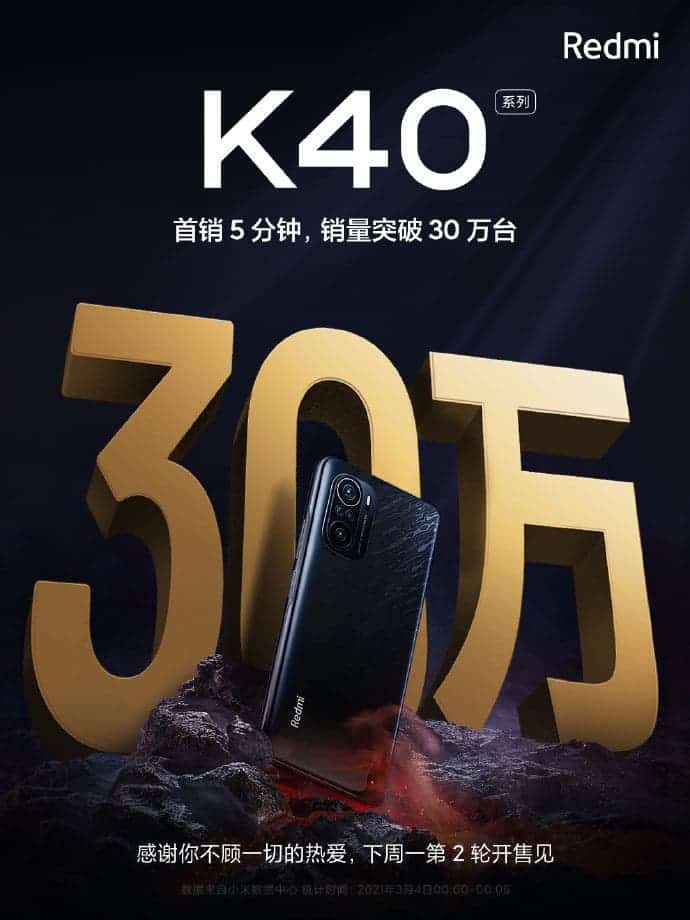 The Redmi K40 lineup includes three phones – Redmi K40, Redmi K40 Pro, K40 Pro Plus. The Pro and Pro Plus model shares a lot of similarities. They also have the high-tier Qualcomm Snapdragon 888. The vanilla Redmi K40, on the other hand, brings the cost-effective Snapdragon 870 that offers a Snapdragon 865+ like experience.

The trio of smartphones shares an E4 AMOLED display. With its A + certification, you will feel like you are reading from a textbook. In a nutshell, this is a very fine display. The display comes with fancy features like 360Hz Touch Sampling rate, 120Hz refresh rate, True Tone colors, and a very small punch-hole.

When it comes to the camera department, K40 Pro has a 64-megapixel primary sensor. While the Pro Plus model utilizes a 108MP primary sensor. The 108MP HM2 Sensor has improved night mode shots. Features like macro time-lapse photography and super night scene video version are also present in the camera application.
All smartphones come with Android 11-based MIUI 12 straight out of the box.
Considering the number of good specifications and affordable prices, it’s not a surprise to see that the devices are selling well.
Source/VIA :
Playfuldroid

Previous TikTok owner is working on its own version of Clubhouse