Samsung is now working on the 2021 iteration of its budget and mid-range devices. One such smartphone is the Galaxy A52 that has managed to receive a lot of attention over the last couple of weeks. While we already know some key specs and design, new leaks kept on surprising us and the readers. Thanks to a recent development, we now have real live images of the smartphone along with a few other key information.

Samsung Galaxy A52 live images surface on the web! 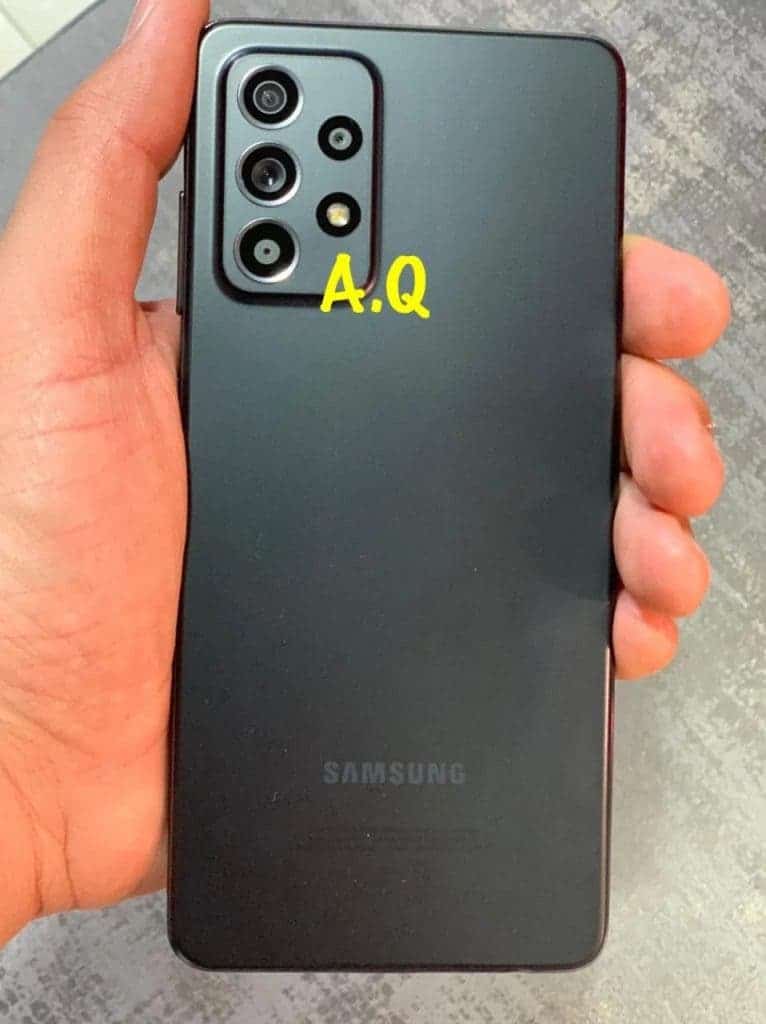 A Twitter user who goes by the name Ahmed Qwaider has posted a bunch of live images of the Galaxy A52 smartphone. The images showcase both sides of the device while also giving us a glimpse of the box and some in-box content. The device in the question features a black matte finish on the back that looks quite appealing. On the rear, you can see a quad-camera module with three sensors having an accenting silver finish around it.

On the front, you will find the same punch-hole cutout display with the cutout positioned in the middle. While the design might look the same, Samsung has decided to add a thing or two to the front panel. For instance, Galaxy A52 LTE will support a 90Hz refresh rate while the 5G variant will feature a 120Hz high refresh rate panel. This means that you should expect to witness smoother animations, scrolling, and gaming experiences. 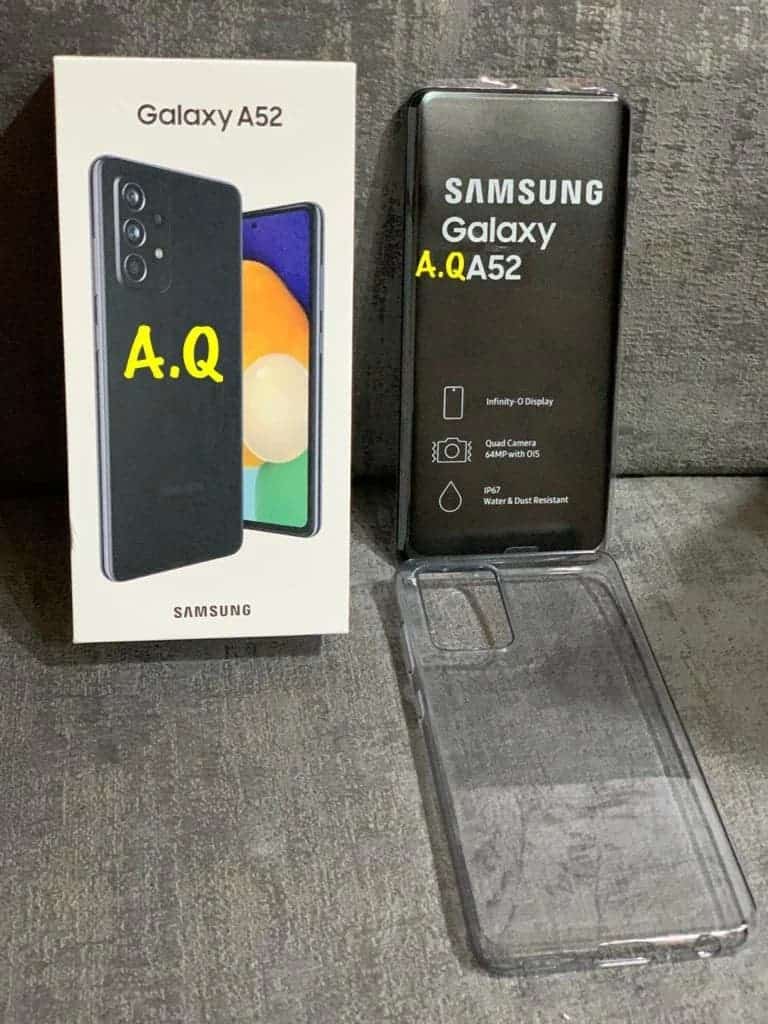 Coming to the box, it features the front of the smartphone along with the company and smartphone’s branding. The images also showcase some in-box content such as a transparent back case and manuals. You can also see some key features mentioned in the manual. The manual confirms the device will arrive with a 64MP primary sensor with Optical Image Stabilization or OIS. To top things off, the device will also come with IP67 water and dust resistance rating. 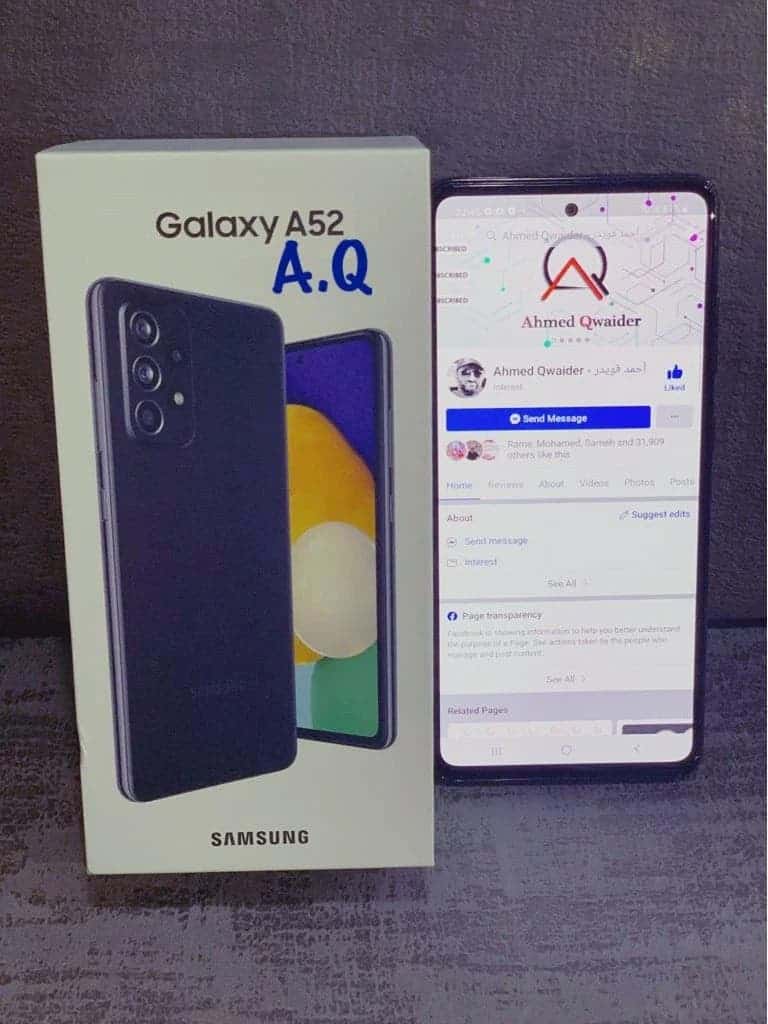 As mentioned earlier, Samsung Galaxy A52 has been a part of numerous leaks and rumors in the past. Well, here’s what we can expect from the device. It looks like the device will run on a Snapdragon 720G chipset under the hood. It would be interesting to see how the device will perform with a chipset of this caliber.