Over the past few days, there have been multiple reports regarding the Xiaomi Mi 10S. According to Chang Cheng, vice president of Xiaomi Group, we will get more information about the device today. However, there are reports that this device will officially commence sales today. Nevertheless, the latest report is a peek at the rear design of this smartphone. We can clearly see the quad-curved rear design as well as the quad-rear camera setup. Furthermore, the rear camera setup is a bit different from the Xiaomi Mi 10 Ultra. The top sensor clearly shows “120X” which suggests that it uses a 120x zoom. 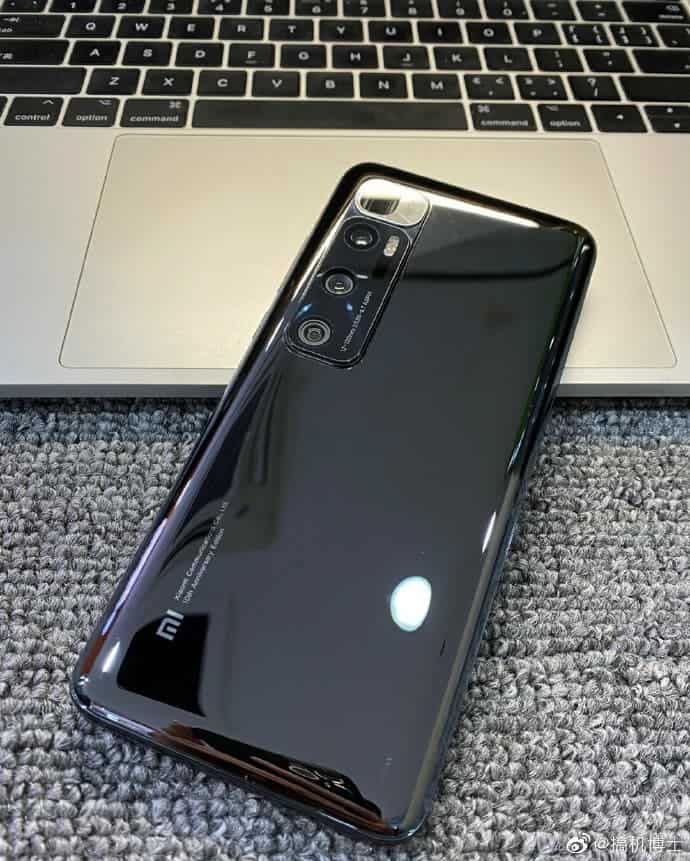 According to reports, this device will ditch the Snapdragon 865 on the Mi 10 series for the better Snapdragon 870 SoC. However, it will retain the Harman Kardon audio and will upgrade the charging power to 33W. Other configurations will be similar to the Xiaomi Mi 10 series. 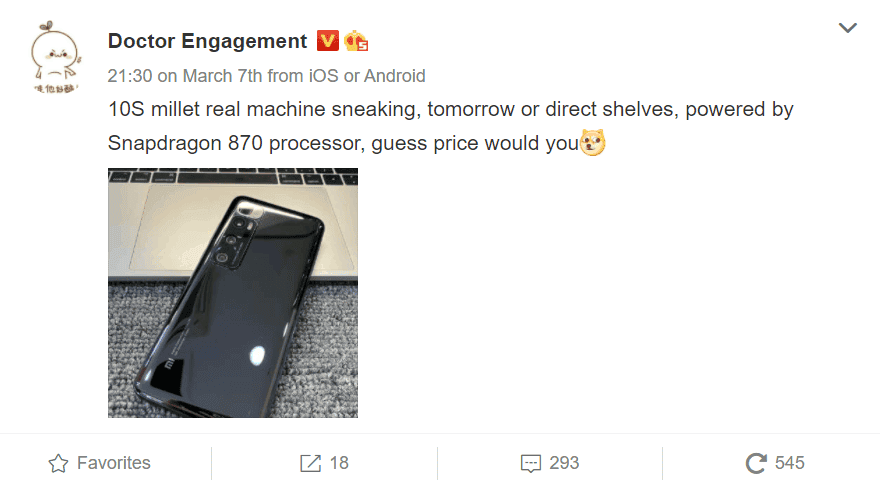 The Xiaomi Mi 10S can be seen as a spin-off to the last year’s Mi 10 flagship with upgraded specs. It’s pertinent to mention here that the Mi 10 boasted Snapdragon 865 SoC which had been the latest offering then. So technically, the Mi 10S should perform better with its brand-new Snapdragon 870 at its heart.

Well, the rest of the Mi 10S specs are still a mystery. But one thing we can assure is the change in design language compared to the Mi 10S. The image found in the TENAA database hints at Mi 10S to be more like the Mi 10 Ultra than the Mi 10.

That being said, as with most of the Mi flagship devices out there, we can expect better cameras, fluid UI, huge battery, and all in the Mi 10S too. However, recently Xiaomi M2012J2SC (Mi 10s) spotted on GeekBench with 8GB of RAM and it runs on Android 11 OS. The GeekBench listing also indicates that the smartphone is powered by a Snapdragon 870 SoC.  Mi 10s gets 1021 points in single-core testing and 3443 points in multi-core testing. Moreover, according to some reports, Xiaomi Mi 10s will be launched later this month. So we expect some more leaks ahead of its official launch, stay tuned.

Next OnePlus 9 Pro black version uses a granular back cover