Chinese sources have released a high-quality image of the next smartphone in the iPhone lineup, due out this fall, the iPhone 13 or iPhone 12s, if rumors of Apple’s superstition prove to be true.

A lot of insiders have confirmed that Apple will not abandon the famous cutout at the top of the screen, but will make this notch smaller in area, which is reflected in the render. It is also expected that the effective screen area will become even larger by further reducing the width of the bezels.

The iPhone 13 is expected to use the latest D-ToF (Direct ToF) technology; which will replace existing Face ID components and reduce the amount of space required for facial recognition.

The image says that the smartphone will receive a battery with increased capacity, a Lightning connector, a laser rangefinder (in all models of the line) and a 120-hertz ProMotion screen. Samsung’s LTPO screen will support a refresh rate from 1Hz to 120Hz to better conserve battery power.

The smartphone will be running the Apple A15 SoC; it will receive an improved wide-angle camera with an aperture of f/1.8 and up to 1 TB of flash memory.

The presentation of the smartphone should take place in September this year. 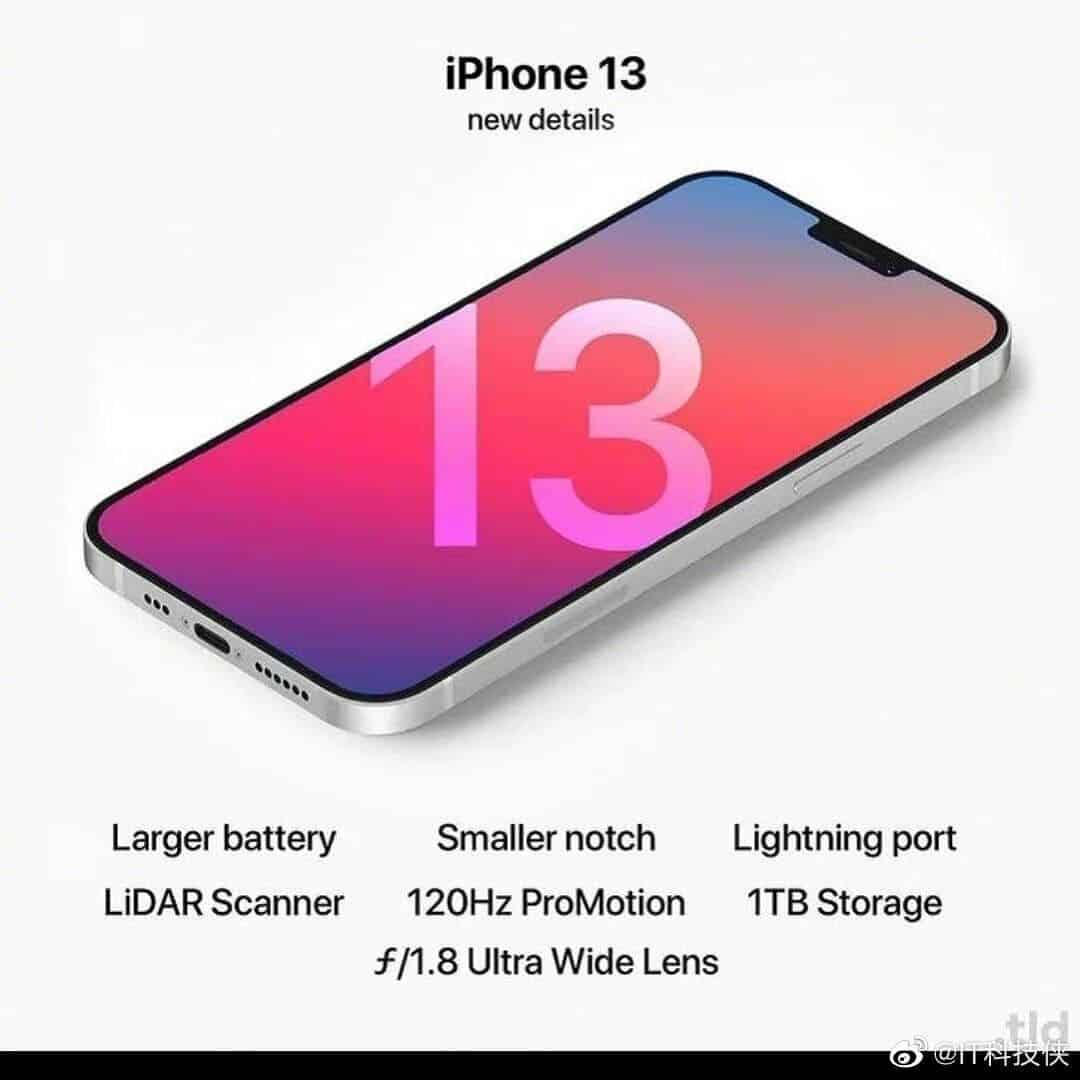 Apple has created a new sub-screen fingerprint scanner for iPhone

Unlike other smartphone manufacturers that get fingerprint sensors from Qualcomm and others, Apple is developing its own under-screen fingerprint recognition. Sources claim that the technology will soon begin to be used in iPhone smartphones.

The company is investigating various types of in-display fingerprint technologies, including capacitive systems and ultrasonic sensors. However, sources say the company ultimately decided to focus on optical recognition technology; which uses reflected light instead of ultrasonic vibration to read and analyze fingerprints.

Many iPhone 12 users complain about the lack of a fingerprint scanner in the expensive flagship smartphone. In an era of pandemic, when users are wearing masks and the Face ID is often uncomfortable.

Earlier, there were reports that the next-generation iPhone SE will have a fingerprint scanner; like some models of the iPhone 13 line.

Recently, Based on rumors and leaks, graphic designer Technizo Concept has partnered with LetsGoDigital to make a series of 3D renders of the upcoming iPhone Flip, which could be out next year.

Various sources claim that Apple has decided on the form factor. The new smartphone will be a clamshell phone similar to the Samsung Galaxy Z Flip and the new Motorola Razr. The device should use a foldable screen manufactured by Samsung.

Next If you work with Nokia, your job is not safe - more employees are going