In a few days, on March 24, we will meet with the new OnePlus 9 series smartphones. But besides this line, there is another product that has made a huge stir around it. We are talking about the first smartwatch under this brand – the OnePlus Watch.

Coming With Its Own OS

Earlier, Liu Zuohu, founder and CEO of OnePlus, confirmed that this watch will come with a customized RTOS system. The main advantages of the latter are the smoother performance and higher battery life.

Also Read: OnePlus Watch Is Postponed Due To Some Difficulties With The Software

RTOS is the abbreviation of real-time operating system. It has the three characteristics of high-precision timing system, multi-level interrupt mechanism and real-time scheduling mechanism. It can also ensure the priority execution of triggered tasks. Previously, this system was mostly used in automation, aerospace and military industries.

As the press conference is approaching, Liu Zuohu released a rendering of the OnePlus Watch. From the poster, we can see that this watch uses a 2.5D curved circular dial with a strap of silicone material. There are two physical buttons on the right side of the fuselage. One of them carries the ‘ONEPLUS’ logo printed on it. 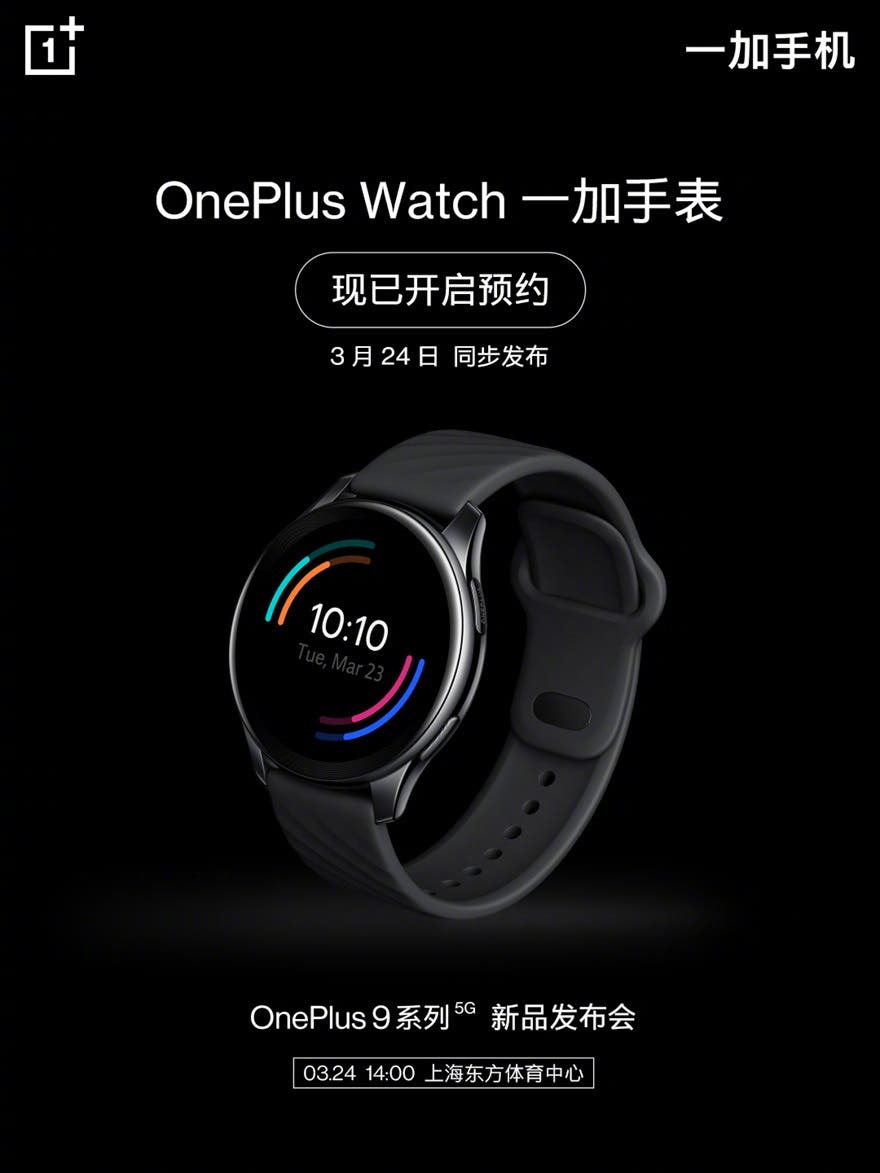 In terms of workmanship, Liu Zuohu previously stated that the OnePlus Watch will be polished by hand and selected a special material for the first time in the field of smartwatches.

A couple of days ago, XDA reported that the smartwatch should come with an automatic workout detection feature. Moreover, along the popular health and sports tracking functions, it will support stress tracking and has a SpO2 sensor.

In addition, the watch will also support the Warp Charge fast charging technology.

At present, JD.com and other cooperative e-commerce platforms have opened the appointments for this watch.