Although the OnePlus 9 series models have been in the spotlight at today’s conference, we should also talk about another product – the first watch under this brand. Following the schedule, the manufacturer not only released the much-anticipated flagship series but also uncovered the OnePlus Watch.

Previously, we have heard too much about the OnePlus Watch. And we knew it will come with a 1.39-inch AMOLED display that has a screen resolution of 454 x 454. It has a sapphire glass protection. There are two buttons for an easier interaction with the watch. The dial size is 46mm and it weighs 45g. The chassis is made of a stainless steel while the straps are made of silicone. However, OnePlus also launched a special version of the OnePlus Watch. The latter comes with a leather strap and a body made of cobalt. 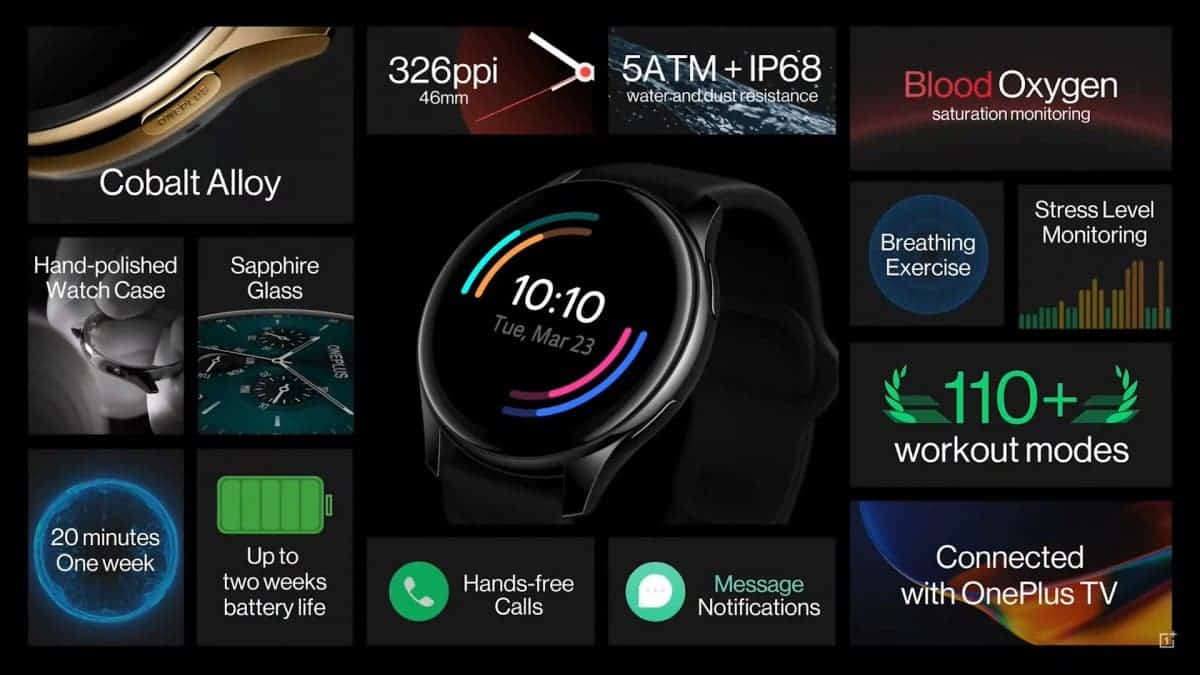 Inside, the watch hosts an STM32 processor, an optical heart rate sensor, an acceleration sensor, a gyroscope, a blood oxygen sensor, etc. Due to them, the watch supports more than 110 different exercise modes, sleep, stress and heart rate monitoring. Users can view all the fitness tracking data of the watch through the OnePlus Health companion app.

The OnePlus Watch also supports GPS positioning, NFC, Bluetooth 5.0 and message notifications. Our protagonist comes with an IP68 dust and water resistance and has a linear vibration motor.

In addition, the OnePlus Watch comes with a 402mAh battery. It can be charged via a pogo pin charger. OnePlus claims that it can be charged in 20 minutes and serve for a week. The watch has 1GB of memory and 4GB of storage (2GB available). The watch can play music via Bluetooth, and you can also use it as a remote control for the OnePlus TV.

The OnePlus Watch will go on sale on April 14, priced at $159. The price of the special edition has not yet been announced.

Next Universal Homgeek 5-in-1 blender is a kitchen savior