The Slashleaks website has published official images of the Realme 8 Pro smartphone in different colors that show it from all angles.

According to the leaks, the Realme 8 Pro will feature a 6.4-inch AMOLED FullHD + display that supports a 60Hz refresh rate. The smartphone is based on the Snapdragon 720G SoC. 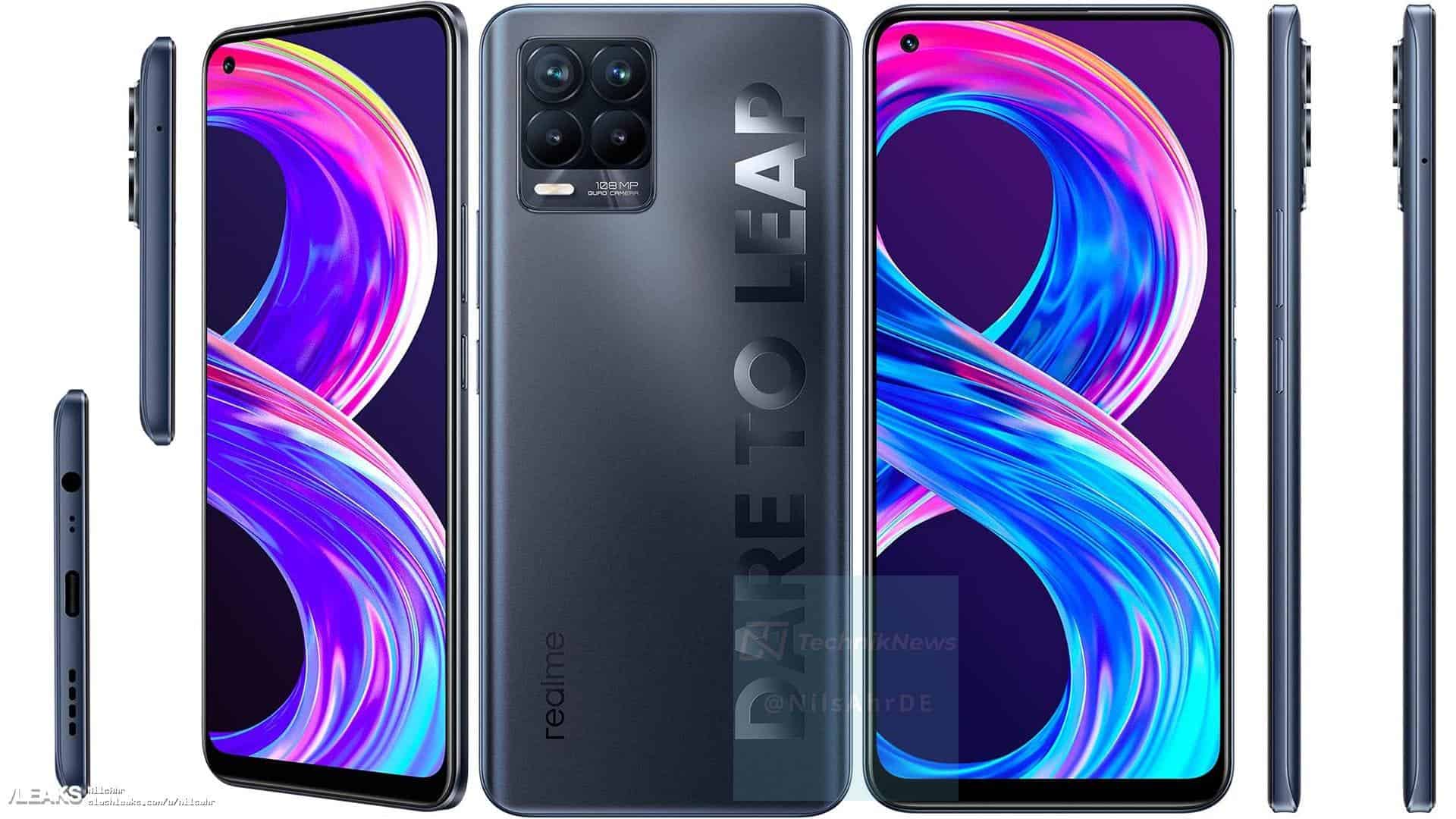 The 8 Pro will be available with 6GB of RAM and 128GB of storage, as well as 8/128 GB of storage in Infinite Black, Infinite Blue and Illuminating Yellow. The main camera will be equipped with image sensors with a resolution of 108, 8, 2 and 2 megapixels. The leader of the company said that for the first time, the Realme 8 Pro has implemented a mode of the slow-motion shooting of the night starry sky (Starry Mode Time-lapse). So far, there is no such possibility on any other smartphone, even on flagships. The front camera will have a resolution of 32 megapixels. 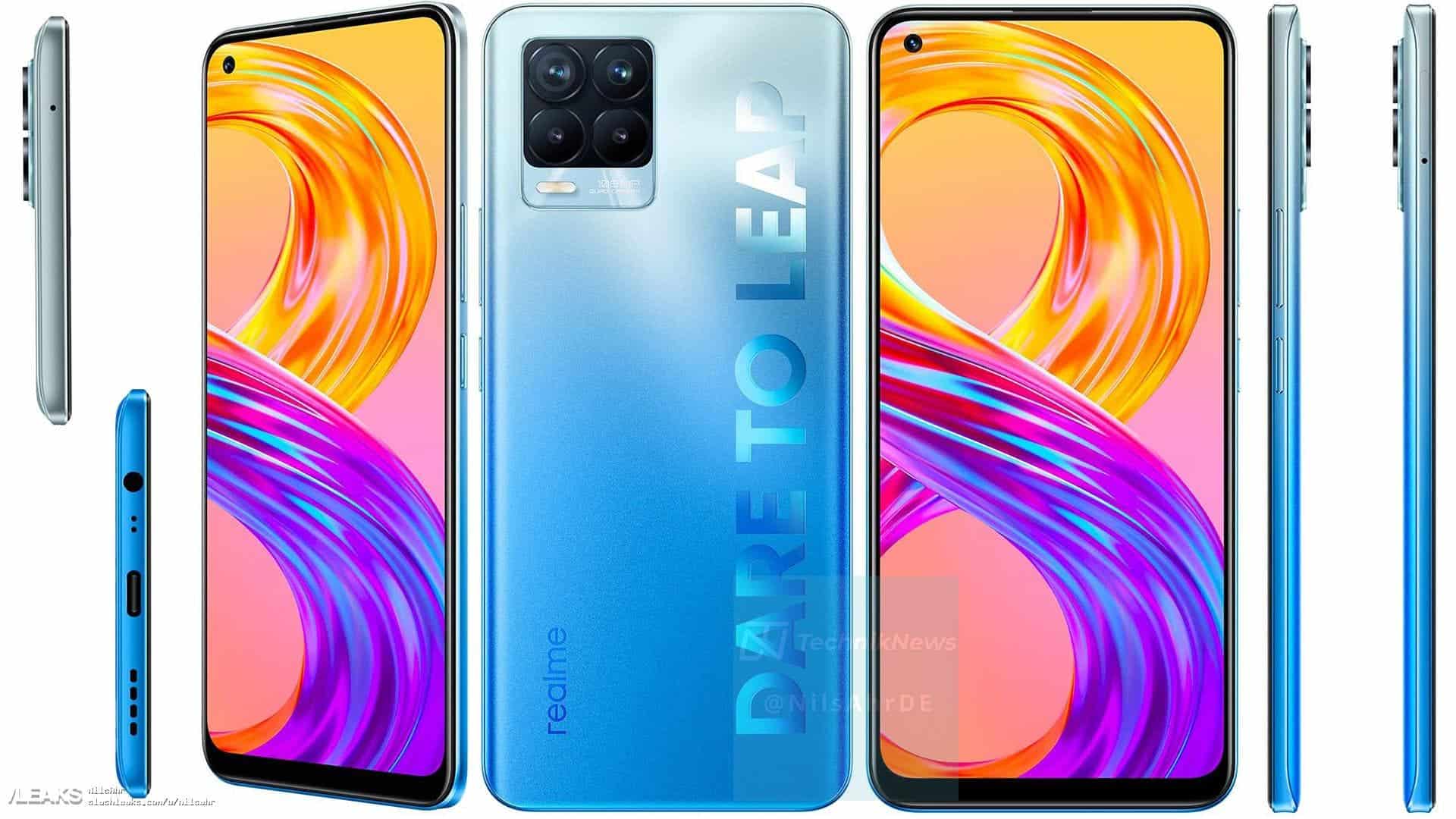 The phone will be equipped with a 4500mAh battery that supports 50W fast charging. Realme 8 Pro will run the Android 11 operating system with Realme UI 2.0 user interface.

The price of the smartphone will be $ 275, the presentation is expected later today March 24. 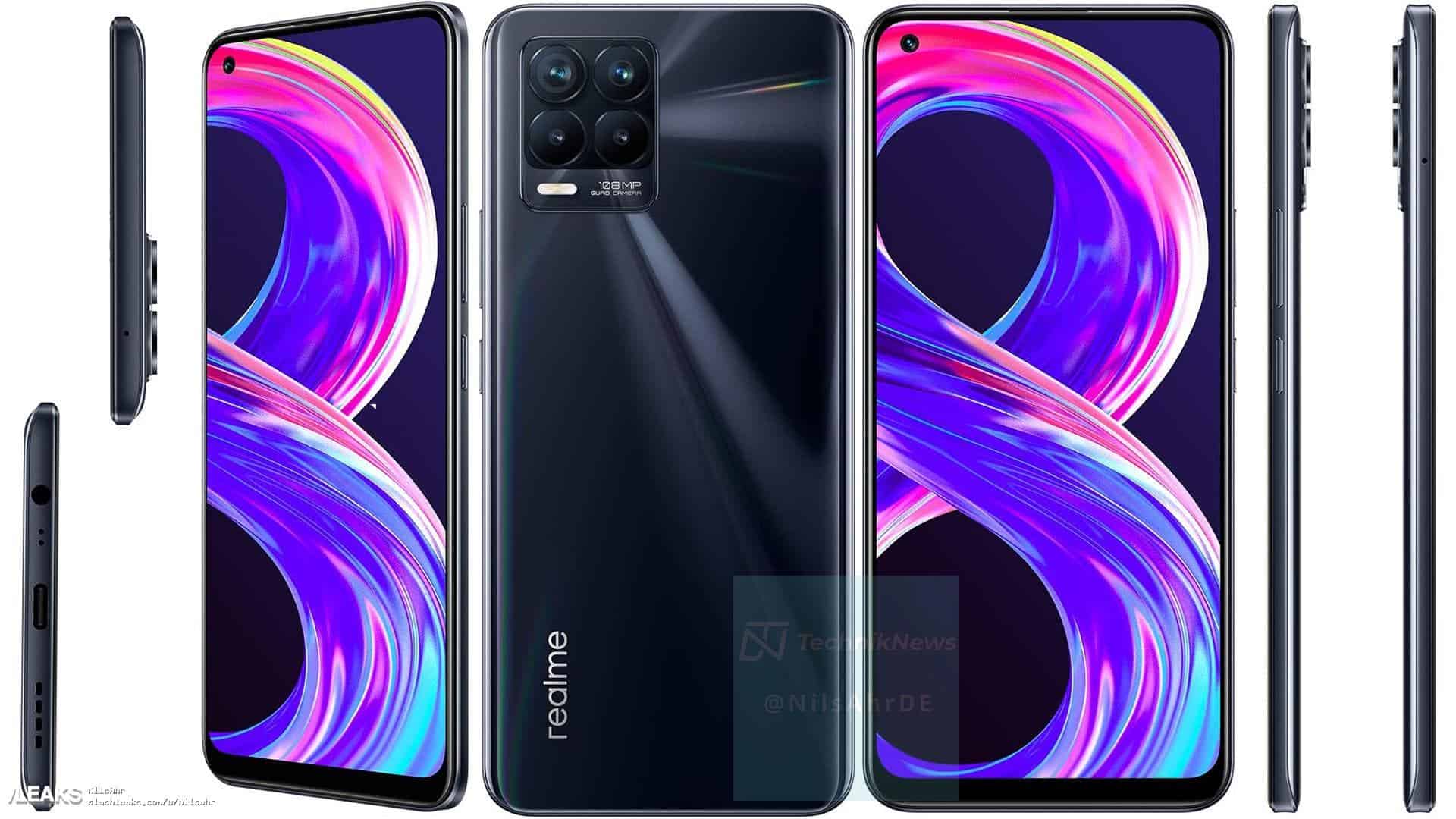 For “blind pre-order” Realme 8 and Realme 8 Pro, a gift is due

Realme 8 and Realme 8 Pro smartphones will be presented later today, but the company has been already inviting those wishing to issue the so-called “blind pre-order”. Anyone who ordered a new product before the end of the past week will be able to receive the smartphone on March 25, a day after the announcement.

The Realme 8 and Realme 8 Pro can be pre-ordered on Flipkart.com and on the Realme online store; initially paying $ 15. The remaining amount can be paid on March 25th before midnight. If the user refuses; Realme will refund the money to the user’s account on Realme.com or to their APAY wallet on Flipkart.

For “blind pre-order” Realme 8 and Realme 8 Pro, a gift is due
The company also promised a gift to anyone who pre-orders, not knowing exactly what kind of smartphone they are buying. There are no details about the gift yet.

The 8 Pro is known to support 50-watt charging and a 108-megapixel camera. Realme 8 will be equipped with a 64MP camera and a Super AMOLED screen.

Realme 8 Pro Review: dare to leap… like a pro