Chinese manufacturing giant, Xiaomi, has officially confirmed that it will release new smartphones on March 29th. The company will officially unveil the Xiaomi Mi 11 Pro and Xiaomi Mi 11 Ultra. Recall that Xiaomi released the Xiaomi Mi 11 back in December 2020. This is the first smartphone that comes with the Snapdragon 888 flagship SoC. As a flagship series, we knew that the Xiaomi Mi 11 will not be alone in the series. After the official confirmation of the launch date, more information regarding these phones continues to hit the web. 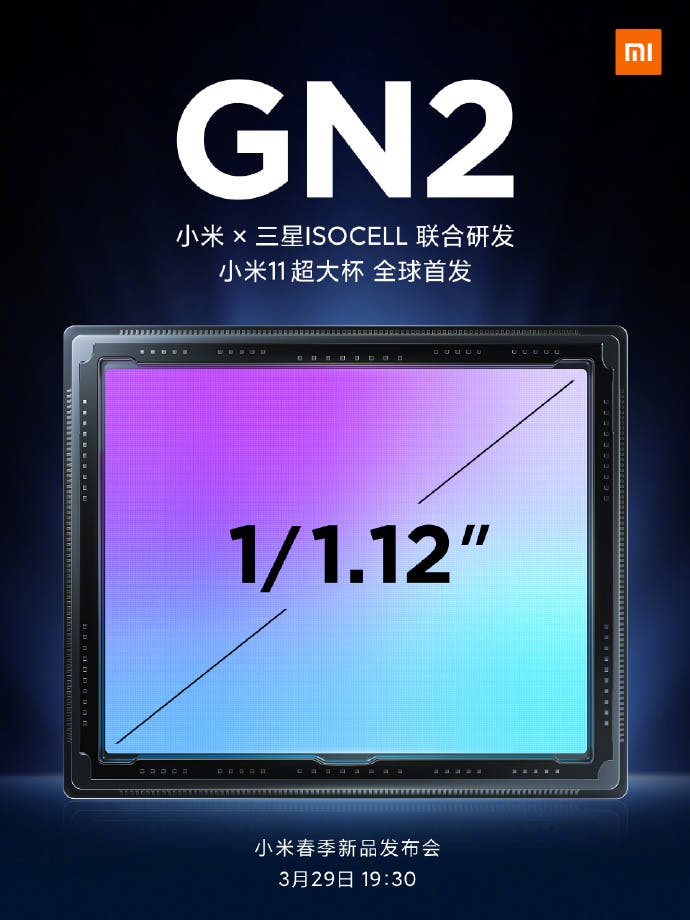 Today, Xiaomi’s official Weibo handle released a poster that teases the Xiaomi Mi 11 Ultra camera. The poster shows the world’s first Samsung ISOCELL GN2 CMOS, with a 1/1.12″ inch ultra-outsole. Well, the Xiaomi Mi 11 Ultra will be the first flagship smartphone to use this sensor. Each pixel of 50MP reaches 1.4μm, which is an unprecedented 2.8μm after fusion. It also premieres the Dual PD Pro full pixel omnidirectional 8-core focusing.

Xiaomi officially describes the imaging system of the Mi 11 Ultra as the “war of the turning point”. This time, it is “revisiting the boundary of the dark night”. This implies that the new device should have a very good night imaging effect. 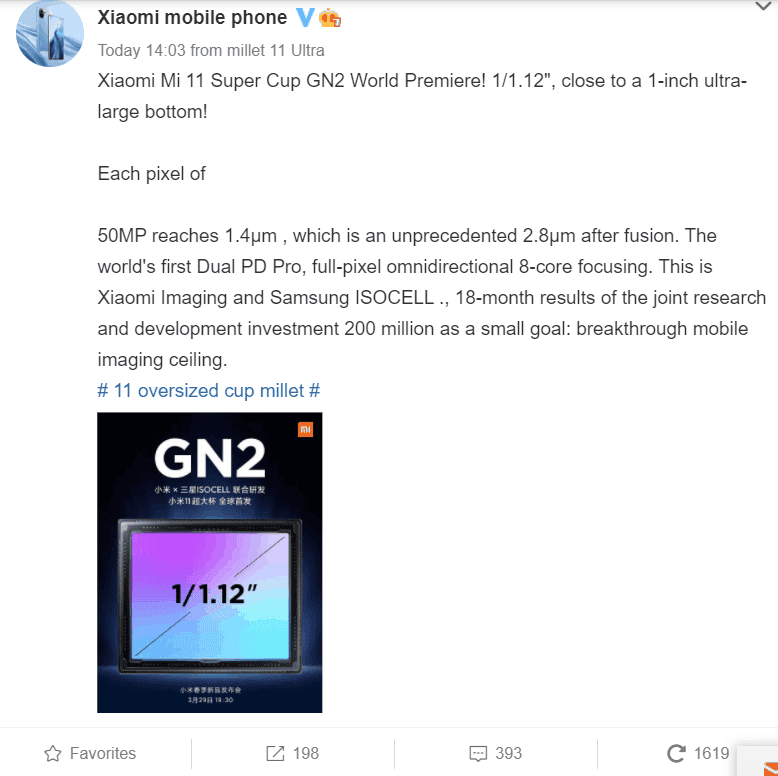 Of course, this smartphone comes with a secondary dislay. The small display will allow users to take selfies with the rear cameras. Obviously, this display will perform other functions that we are yet to confirm.

Both the Xiaomi Mi 11 Pro and Xiaomi Mi 11 Ultra will come with the 5nm Snapdragon 888 SoC. This is the latest flagship processor from Qualcomm. In fact, most of the recent Android flagships in the market use this chip. Those who wants a cheaper alternative will settle for the 7n Snapdragon 870 SoC.