Letsgodigital website has published the first high-quality images of Samsung‘s upcoming foldable smartphone of a completely new type. Its screen will be able to bend in two places and increase in area three times.

The published images suggest that the hinge parts of the new device will support a 360-degree bend of the screen, that is, the smartphone can be folded like an accordion or like a wallet. 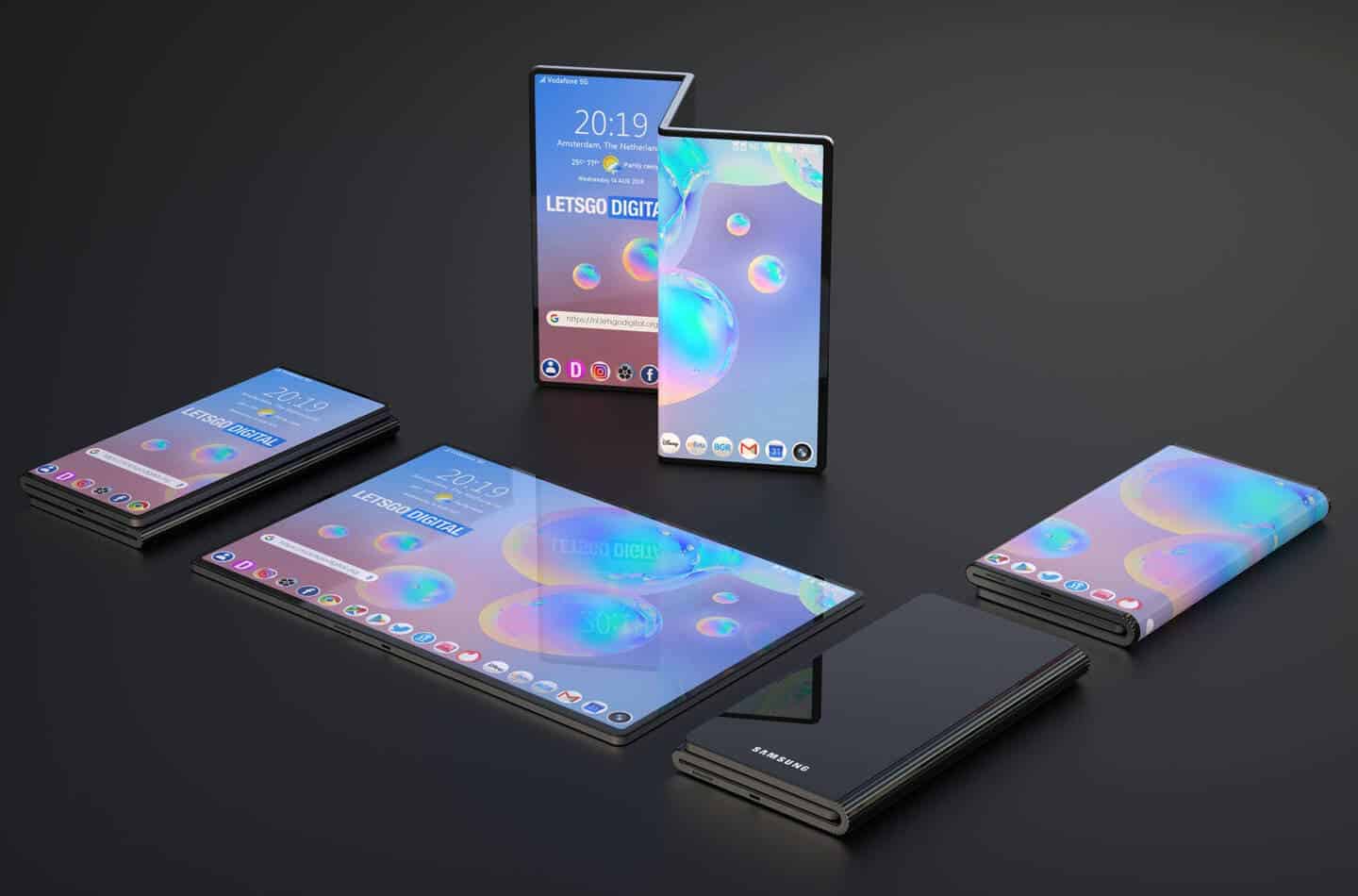 The name of the dual-fold smartphone is still unknown. It is speculated that Samsung may call this device the Galaxy Z Duo-Fold or the Galaxy Z Tri-Fold. According to Nikkei Asia, when unfolded, the screen can have an aspect ratio of 16:9 or 18:9.

It is not known how much such a smartphone will cost, but it can be assumed that it will be more expensive than the Galaxy Z Fold 2, which was launched on the market at a price of $1999.

According to Nikkei Asia, this smartphone should launch later this year. 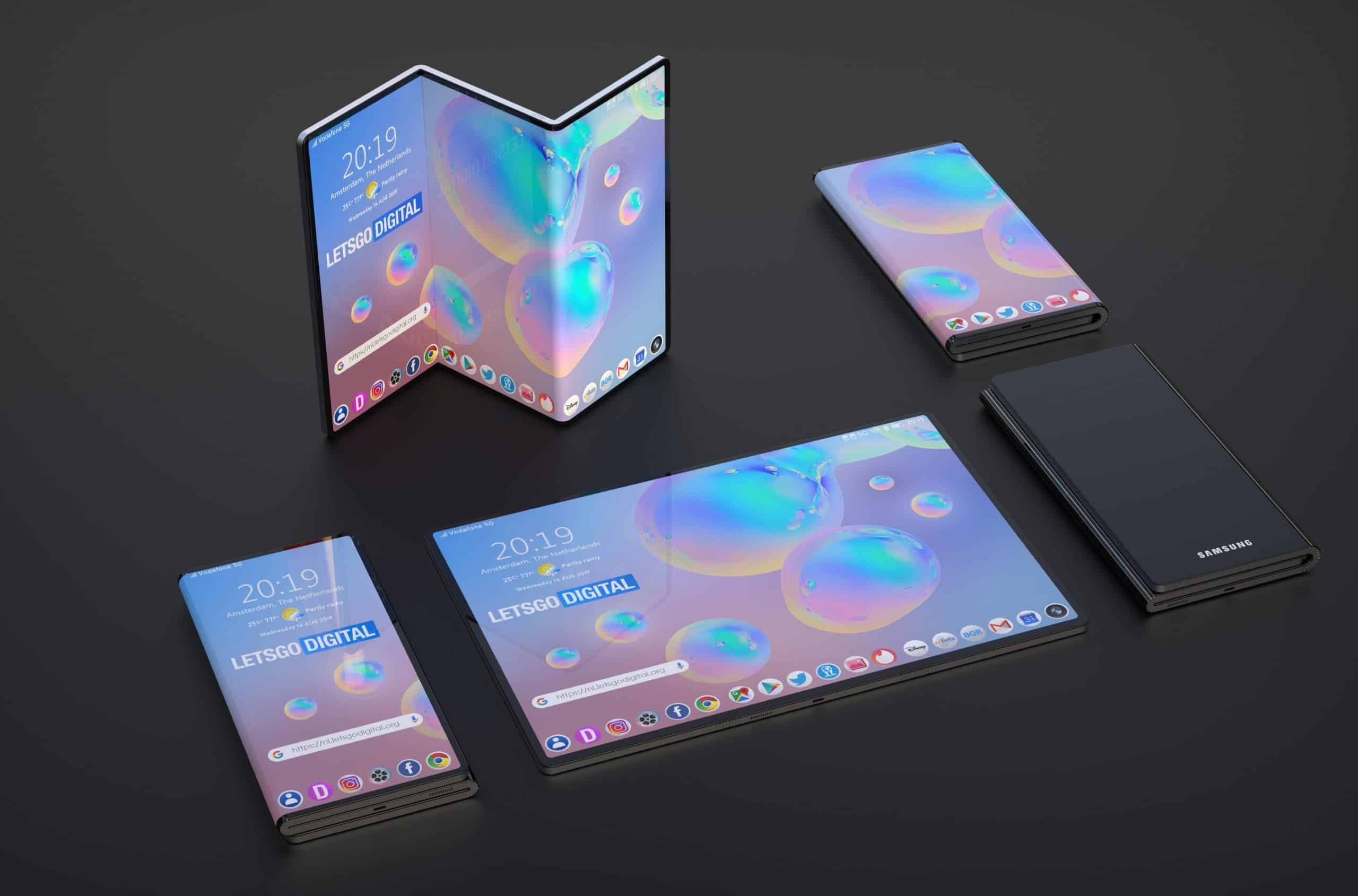 Rumors about the imminent release of the first foldable smartphone Xiaomi with a flexible screen have found strong confirmation. In the MIUI proprietary firmware, enthusiasts have found videos where the work of Mi Mix Fold is schematically shown.

The video was found in the MIUI Camera app showing quick access to the smartphone camera in open and closed state. Apparently, the Mi Mix Fold resammbles the Samsung Galaxy Z Fold. It folds with the main screen inward, leaving a secondary screen outside.

The “evidence” drew attention to the Turkish websiteTechinDeep, which previously shared details about the technical characteristics and high-quality images of the device. 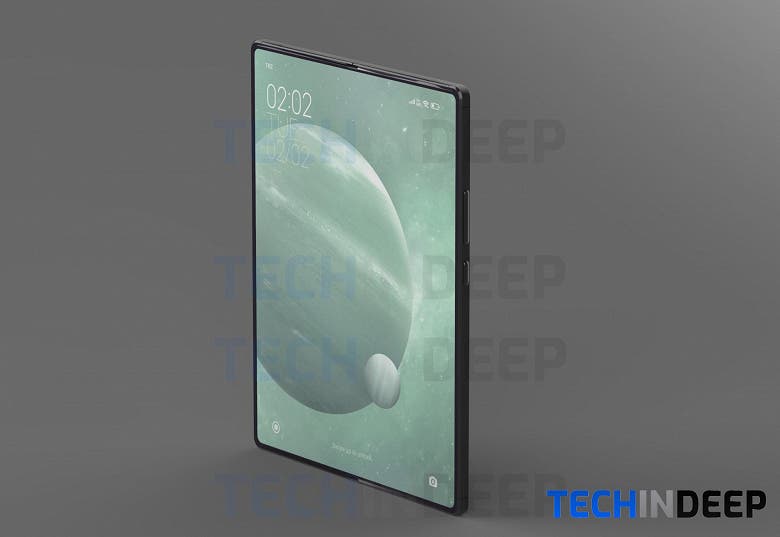 The official debut of the Xiaomi Mi Mix Fold will take place in the second quarter of 2021. Its official presentation may take place at the upcoming March 29 event.