The Redmi K40 series smartphones are equipped with “the best flat display in the industry”, as confirmed by the experts of DisplayMate Technologies, who gave the entire line the highest A + rating.

In its verdict, DisplayMate calls the Redmi K40’s screen unforgettable and “close to perfection”. The screen, which is installed in all models of the Redmi K40 line, set 11 records and received the maximum score.

Redmi K40 is equipped with the latest generation Samsung E4 AMOLED screen. Peak screen brightness can reach 1300 cd/m2, and the contrast is 5 000 000:1. At the same time, the display is energy efficient, it allows for longer battery life compared to the previous generation of AMOLED screens.

The use of E4 material also allows the Redmi K40 series screen to reach the highest level in the industry in terms of brightness, contrast and color accuracy. The screen also supports a 120Hz refresh rate and 360Hz ultra-high touch sampling rate. 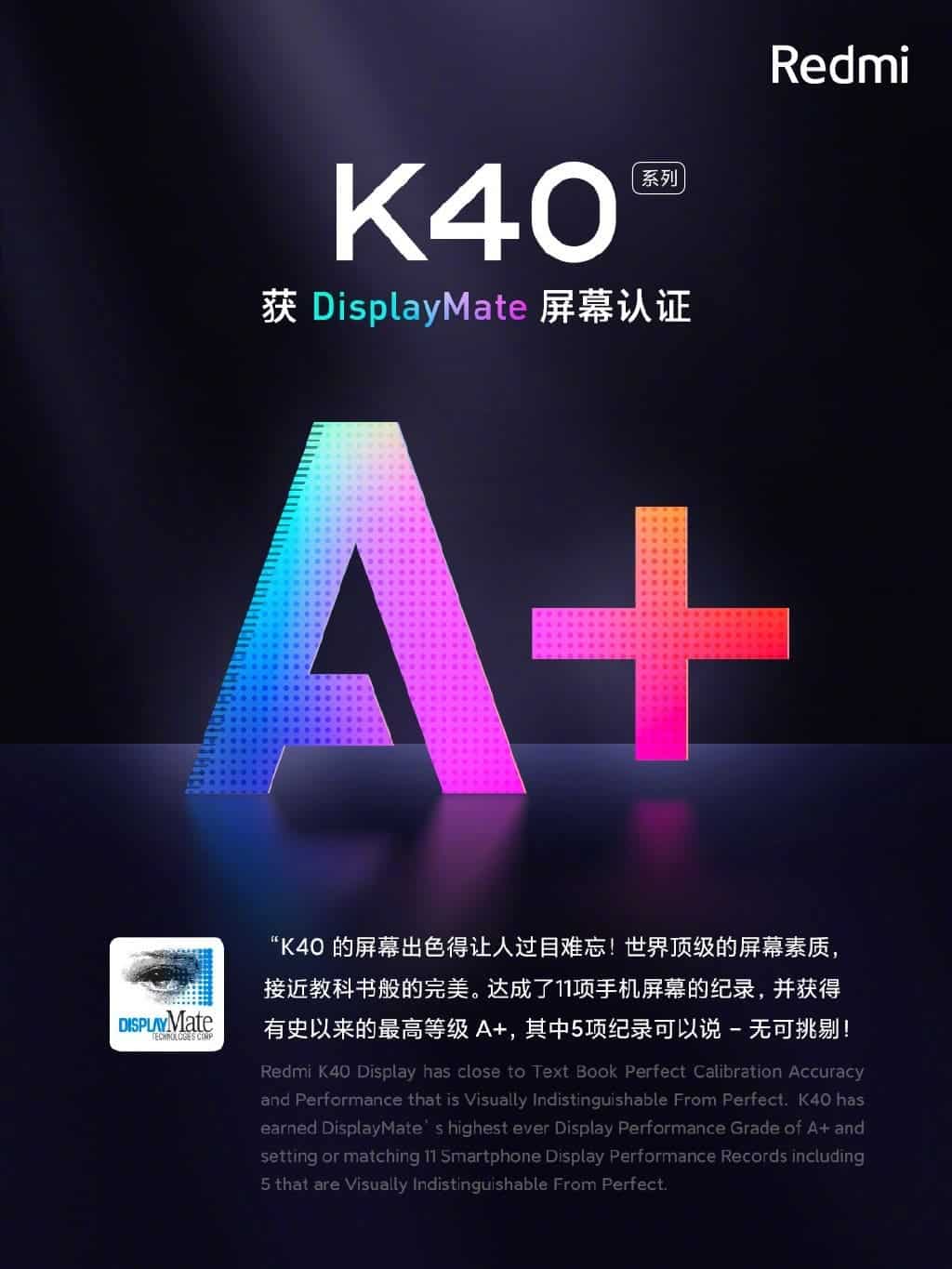 According to official figures, initial sales of Redmi K40 smartphones exceeded 300,000 units, but this result pales in comparison with the purchase made by China Mobile.

After the appearance of this information; some users on Weibo comically noted that it is now clear why smartphones of this line are almost impossible to buy. However, there may be a large amount of truth in this joke.

Earlier, Lu Weibing, who is the president of Xiaomi Group China and the CEO of Redmi; explained on his Weibo page his version of why the Redmi K40 series smartphones are so difficult to buy. According to him, in the face of a shortage of components, Redmi leaves the price at a very low level; which provokes an increase in demand, which is difficult to satisfy.

Earlier today, sources published the first official images of the new Poco F3 smartphone; which is a copy of the Redmi K40 for different countries of the world.

Also, recently, the company decided to explain why the Redmi K40 Pro lacks an under-screen fingerprint scanner. According to the manufacturer; the side scanner retains the advantage of fast and accurate unlocking while still providing an aesthetic appearance to the device.

Next OnePlus 9 and 9 Pro broke records in China, Europe and the US