Realme started the month with the release of the Realme GT. The company’s first flagship of 2021 brings the Qualcomm Snapdragon 888 to a new low-pricing point that starts at $465 in China. The device also has other premium aspects that make it a stellar choice for those in China. Now, the company is ending the month with the release of a new variant Realme GT Neo. It shifts the Qualcomm flagship SoC for a flagship MediaTek Dimensity 1200 chipset. The magic made in this Neo variant makes its price start at $275. Users will have the flagship-like performance to an insanely low pricing point. Without further ado, let’s dive into the devices’ specifications.

The Realme GT Neo flaunts a 6.43-inch Super AMOLED panel with a gorgeous FHD+ refresh rate. It has a punch-hole in the right corner. The punch-hole cutout serves as a house for a decent 16MP sensor. Interestingly, the panel also has a 120Hz refresh rate, HDR10+ support, and a whopping 360Hz touch-sampling rate. The gaming performance in this smartphone will be amazing. Moreover, the display houses a fingerprint scanner.

Under the hood, the Realme GT Neo shifts the Qualcomm Snapdragon 888 in favor of MediaTek’s Dimensity 1200 chipset. This is MediaTek’s flagship chipset developed on a 6nm architecture. It packs a single Cortex-A78 core clocked at up 3GHz plus three Cortex-A78 cores clocked at up to 2.6GHz and four Cortex-A55 cores clocked at up to 2GHz. The phone also has a very capably Mali-G77 MC9 GPU with HyperThread Engine 3.0 optimizations. The Realme GT Neo comes in three RAM configurations – 6GB, 8GB, and a whopping 12GB. There are two UFS 3.1 storage choices – 128GB and 256GB. To keep things cool, the company brought dual graphite plates and liquid cooling solutions. 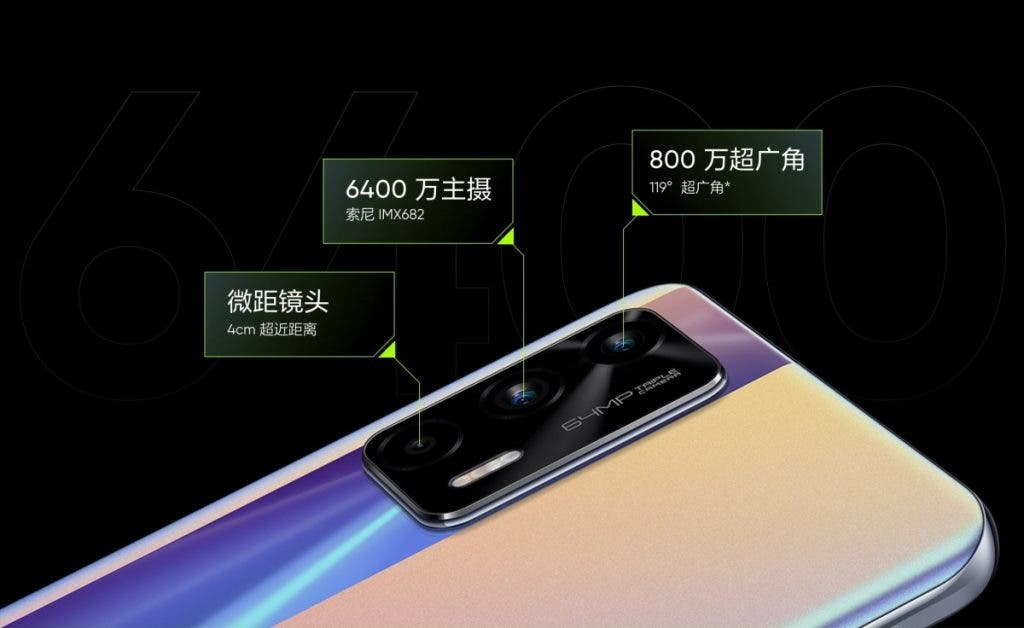 In the camera department, the phone packs a 64MP main shooter, an 8MP ultrawide angle camera, and a 2MP macro sensor. The phone has the same 4,500mAh battery as the GT, however, charging is downgraded to 50W. That still is faster enough to charge the battery in less than one hour. Interestingly, the company will ship the very same 65W charger in the retail box. We assume that it’s pointless for them to manufacture different charging adapters for every single smartphone.

Despite the impressive hardware, the phone is lightweight at 179 grams. The Realme GT Neo runs Android 11-based Realme UI 2.0 straight out of the box. There is also a GT-exclusive Mode for dedicating as much performance as possible to the games. 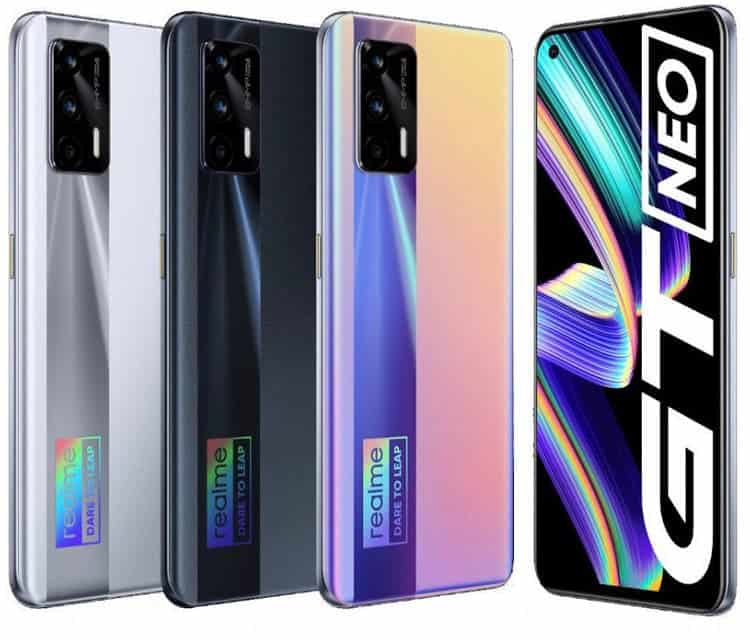 The Realme GT Neo design celebrates the Cyberpunk culture. It features a monochrome sticker on the back that shines in all colors of the rainbow under lighting. This touch adds glamour to three colorways. The phone is available in Fantasy Gradient, Geek Silver, or Hacker Black colors.

Besides the Realme GT Neo, the company also announced the Realme V13 5G earlier today as a cost-effective 5G solution.

Previous This Chromebook bug can expose your location data, Google says 'looking into it'