HarmonyOS is Huawei’s own operating system which the company launched after the ban by the U.S. Presently, this operating system is active in multiple devices like smart TVs and smartwatches. However, for smartphones, it will take some time before the stable version arrives. As of now, all we have is the internal beta for developers, and it’s already in testing. The Beta 3.0 version of the Huawei HarmonyOS 2.0 system is already available for smartphones. However, the good news here is that the Honor 9X can now try out this system. 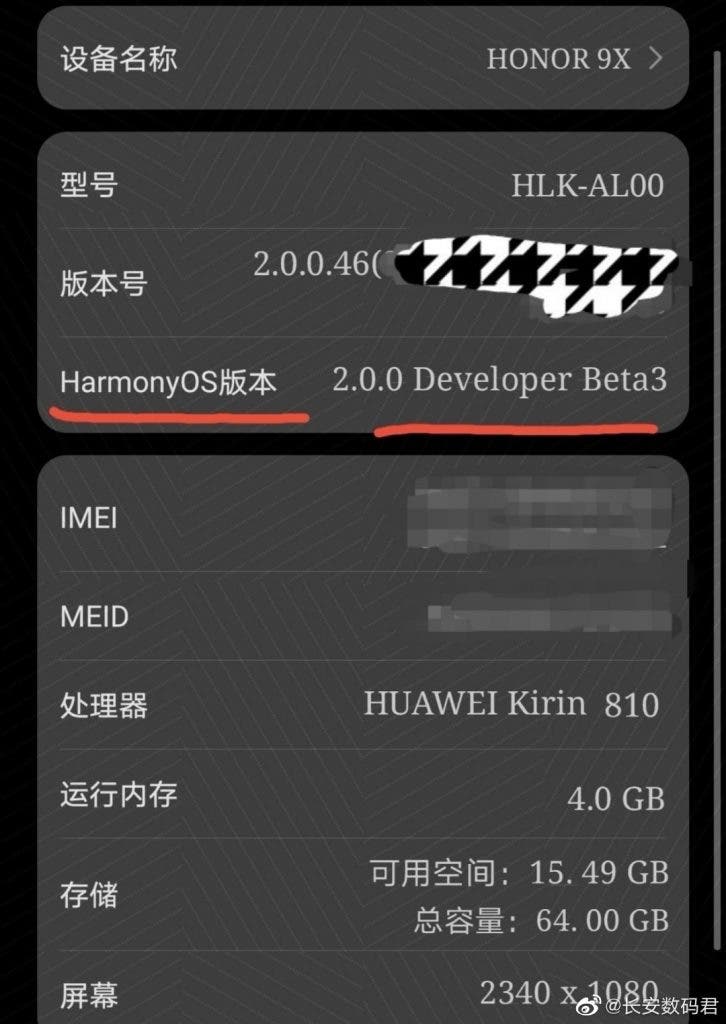 Since the end of March, users and developers with test qualifications can try out HarmonyOS. However, this system was only available for flagships such as the Huawei P40, Mate 30, and MatePad Pro models.

Accordingh to previous reports on Weibo, the Honor 9X smartphone will get HarmonyOS beta this year. At the time, there was no official verification of the report. However, the report turned out to be true. Presently, the user interface of HarmonyOS on the Honor 9X is available. This screenshot of the user interface reveals some information on the current status of the internal testing. The Honor 9X also has the HarmonyOS 2.0 Beta 3.0 just like other flagship Huawei devices.

In addition, reports claim that EMUI 11.0 and Honor Magic UI 4.0 version models will be upgraded in chip order. However, only Kirin models will be eligible for the upgrade for now. Huawei smartphones with MediaTek chips will have to wait a bit longer.

According to the previous news, the first batch of upgrades for Huawei’s HarmonyOS 2.0 mobile phone system will include Huawei Mate X2, Mate 40 series, and P40 series, all of which are expected to be upgraded later this year. This is for the first official public beta. So far, all we have is the internal developers beta.

Huawei’s effort so far is commendable as it is a herculean task to build an operating system from the scratch. However, this is just the beginning of the work. Building the system is actually the easy part. Growing it and attracting users / OEMs to the system is a different ball game.