HMD Global has been doing a good job when it comes to rolling software updates for its smartphones. This is mostly due to the fact that all Nokia handsets come with Android One which allows faster Android updates. Anyway, this also requires a certain effort from the OEM. We have the Xiaomi Mi A3 as an example that being part of Android One does not necessarily mean that updates will come fastly. As far as Nokia smartphones are concerned, the situation may change soon as the brand is recruiting developers to make its own Nokia UX. For now, the company will keep rolling out the clean Android 11 update for eligible smartphones. The latest batch of phones getting Android 11 includes the Nokia 8.1 and Nokia 2.3.

In a forum post over at Nokia Community, the Finnish company announced the stable Android 11 update rollout for the Nokia 8.1. Worth noting that some users were running Android 11 through a leaked internal firmware. However, now with the stable release, the other users that aren’t used to advanced methods will finally be able to enjoy Android 11 goodies. The Android 11 update includes Notification Bubbles, revamped Notifications panel, new media controls, smart devices shortcuts, one-time permissions for apps, and more.

The update will be rolling out in batches. The first wave will cover India, Bangladesh, Hong Kong, Malaysia, Vietnam, Singapore, Macau, Nepal, and the Philippines. The staged rollout will start today, at the first moment the firmware will reach 10% of the user base. If not critical bug appears in the meantime, the company will be a wider rollout next week. This will be followed by another rollout for more markets.

Your device is ready for all the latest software features. What will you do first with the upgrade? Let us know below 👇 pic.twitter.com/OWyeyWIAg3

The update is also coming for the Nokia 2.3

Besides the Nokia 8.1, the company is also rolling out Android 11 for the Nokia 2.3. The low-tier smartphones will receive this update in two waves. However, in the first wave, it will reach 16 countries which are almost double the Nokia 8.1 first wave. The rollout will follow the same method as the Nokia 8.1. HMD expects to complete the rollout before April 12. 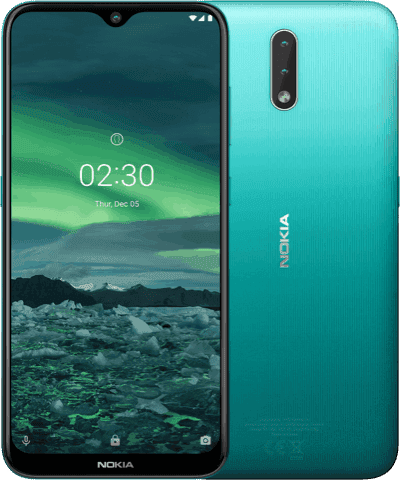 For those unaware, the Nokia 2.3 reached the market last year, whereas the Nokia 8.1 is from December 2018. The latter reached the market with Android 9 Pie and received Android 10 a couple of months later. Now, it is receiving its second major Android update. And we assume it will be the last one coming for it. Despite the Android One program deadline for major Android upgrades, we expect both devices to keep receiving security patches until 2022/2023.

Previous Prices of Smartphones Coming In The Second Half Will Increase