Honor started its journey as a Huawei smartphone lineup but evolved to become a separate sub-brand. In recent years, the brand has been suffering from the constant problems experienced by Huawei after the US ban. In November last year, Huawei decided to sell Honor to a Chinese group in order to “save” the work done with the smartphone brand. The fact is that Huawei is struggling now to launch smartphones, and it does not have enough resources to keep pushing Honor and Huawei smartphones simultaneously. Now, Honor is free from Huawei ties, and consequently, free from the US ban. So far, Honor launched only the Honor V40 and Honor V40 Luxury Light Edition. But now, the company seems to be ready to bring more handsets including an Honor KOZ-AL00 codenamed smartphone.

The mysterious Honor KOZ-AL00 has received Certification from China’s TENAA and 3C regulatory agencies. Both listings have revealed some of the key specifications. TENAA has even some images that give us a clear look at the handset. From what we can see, this seems to be a new low-end smartphone and the specifications corroborate with our assumptions.

Starting off, the Honor KOZ-AL00 is a 4G smartphone. Nowadays, most smartphone makers in China are producing mid-range phones with, at least, 5G connectivity. When a device comes without it, it is clearly meant for the low-budget segment. The listing does not reveal which chipset will be giving power to this handset. But we assume that it’s one of the 4G MediaTek chips available in the market. Worth noting that a Qualcomm Snapdragon chip can’t be discarded. Now, free of the ban, Honor is free to make partnerships with some US-related companies. 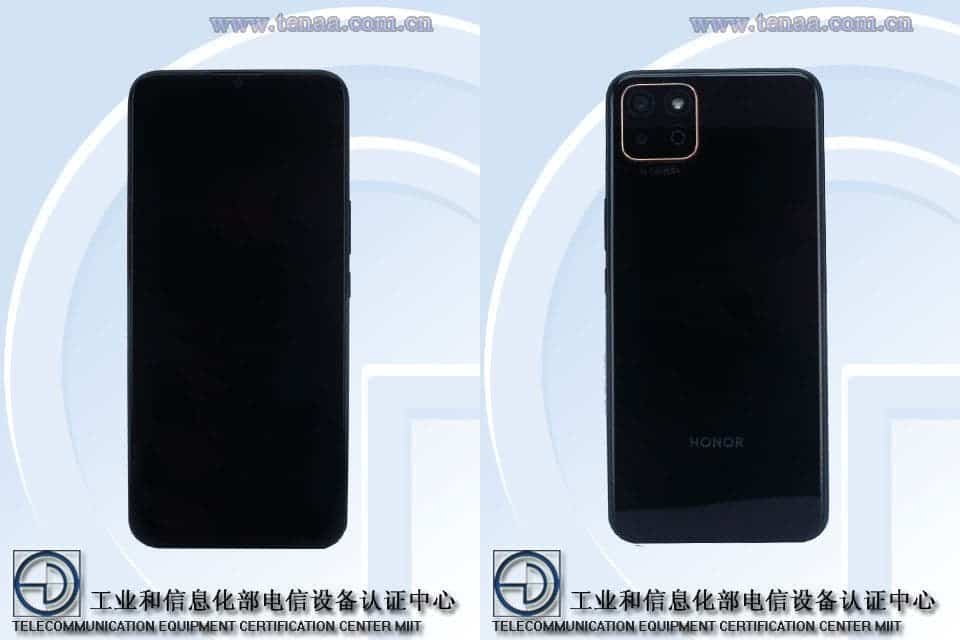 The handset comes with a 6.517-inch screen, which seems to carry support for an HD+ resolution. We also believe that it sports a waterdrop notch design with a single camera at the top. Moving around to the back, we have the squarish camera array. The device has its volume rocker and power button placed on the right side. The power button is a regular button, and since the fingerprint scanner is nowhere to be seen, we assume that it is absent. Nowadays, even low-budget devices come with a fingerprint scanner of some sort, apparently, Huawei wants to make this a super cheap smartphone. An intriguing fact in this handset is that it runs older Android 10 OS. Well, Huawei and Honor devices never got upgraded to Android 11 as Huawei decided to keep them running Android-10 based EMUI as HarmonyOS was in development.

Apparently, Honor still hasn’t finished its Android 11-based software and will keep running Android 10 for now. The phone has a huge battery with a 4,900mAh rated capacity. We assume that it will come with a 5,000mAh typical capacity. Judging by the whole package, we’re not expecting any sort of fast-charging technology.

We expect more details about this device to keep coming throughout this month. Honor already revealed its strategy for this year, and you can see more details here.

Next Google Pixel 5a confirmed, coming only to the US and Japan due to chips shortage