Since Honor was sold by Huawei and commenced operation as an independent company, the smartphone maker has not released many devices. However, this does not mean that the company is not working on some top technologies. According to reports, Honor will release its first-ever foldable smartphone in the second half of the year (H2 2021). The company will call this device Honor Magic X and the screen supplier is Visionox. 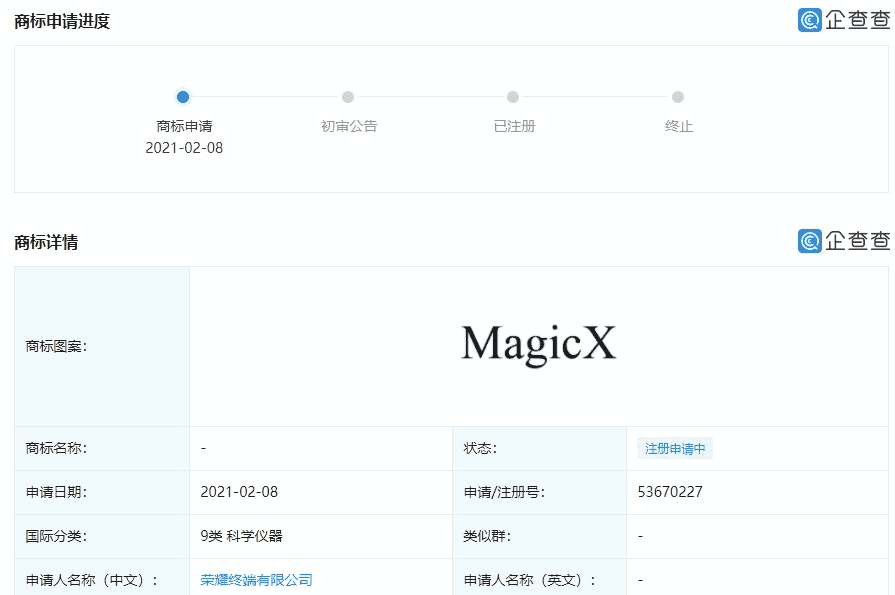 According to insiders report, Honor’s style is not very different from Huawei’s. The new company did not change much in terms of operations. However, whether or not Honor will be able to keep up with Huawei’s standards remains to be seen. A source said, “Honor basically imitates the previous practices of Huawei mobile phones. Thus there will also be folding screen products in the Magic series”.

According to a previous announcement from Visionox, they have a “Master Purchase Agreement” with Shenzhen Zhixin New Information Technology Co., Ltd. and Honor Terminal. This agreement was signed back on December 15, 2020, and it authorizes Visionox to supply flexible displays and touch screens to Honor. Honor’s order with Visionox including task is about 407 million yuan ($63 million).

According to previous reports, the Honor Magic X series is a foldable smartphone lineup. However, we are yet to see a foldable smartphone series that has more than one device at launch. Will Honor do this? Probably not. There have also been speculations that this device will officially hit the market in the middle of the year (around June).

However, it appears that there will be a little delay in its launch. This is due to the recent supply shortage that is affecting the entire smartphone market.

The Honor Magic series is a super flagship series that competes with the Huawei Mate series. This series has different products including smartphones, tablets, laptops, and watches, and so on. Furthermore, Magic will also have different series.

According to Honor’s CEO, the company will launch ultra-high-end flagship in the Magic series this year. This device will compete with the likes of Samsung, Apple, and Huawei. Judging from Honor’s schedule, if this device does not arrive in June/July, it will probably launch in October/November.

Of course, before the official launch, there will be numerous leaks and speculations. We will let you know as these infos hit the web.

Next Many Xiaomi TVs get 3C certification - to launch pretty soon