Xiaomi TVs are not doing badly especially in the Chinese and Indian markets. The smart TVs from the Chinese manufacturer is not global yet. However, the company already has a plethora of series on its shelves. Despite the long list of Xiaomi TVs, the company is not done. Yesterday, the company announced a new full-screen TV series, Xiaomi TV EA. It also announced the Xiaomi TV EA 2022 which will officially launch on April 16th. 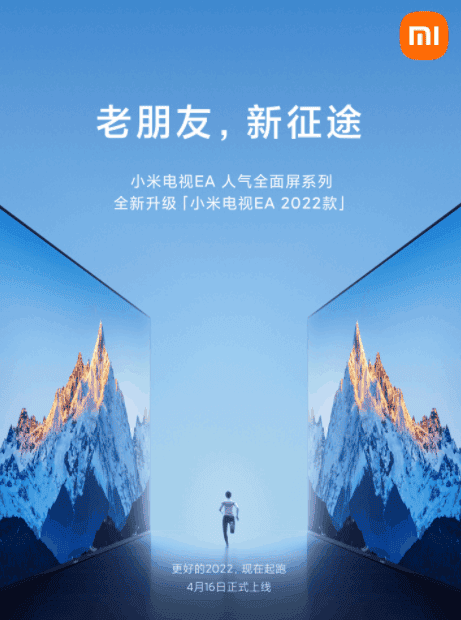 Xiaomi has a number of products that have passed 3C certification to enter the network. The model name includes the keyword “EA”. The new EA model announced by the company shows that this series is the Mi TV EA 2022.

These TV models include 32, 40, 42, 50, 55, 65-inch versions with low power consumption. From the official appointment interface data, it can be seen that the resolution reaches 4K. As of now, there is no other information regarding the new TVs.

In addition, Xiaomi also has a Z1 mid-to-high-end LCD display that has also passed 3C certification. However, there is no other information about this device apart from the certification. You can only see that this TV uses a relatively independent code name. Also, the size is not particularly large and the power consumption is relatively high. Thus, the new device is likely to use a matrix backlight, this makes it have a power consumption of 300 to 400 watts.

Next Apple will use random serial numbers for new products