With every iteration, the Android operating system become better and better. The upcoming Android 12 is not going to be an exception. Recently, Google announced the Developer Preview 2. So developers can already test their products with this new system and let Google know what bugs they find.

Generally, Android 12 will be available in the second half of the year, after August. But even now, we know some amazing features that it will bring.

You should know that Google and many other companies like to add codes after the product name/version. Say, for its mobile operating system, before the Android 10 version, it has been adding dessert-themed names in an alphabetical order. The last one was Android 9 Pie. Though Google stopped acting so, users still continue adding dessert codes after the official names. In this regard, the Android 12 is going to be called ‘Snow Cone’.

By the way, non-officially, Android 10 was known as Quince Tart and Android 11 was Red Velvet Cake.

Starting from Android Q, Google allows users to connect to the same Wi-Fi as others. For this, you have to scan a QR code. With the Android 12 version, you can use this feature more easily. Now, you can share Wi-Fi passwords using Nearby Share. 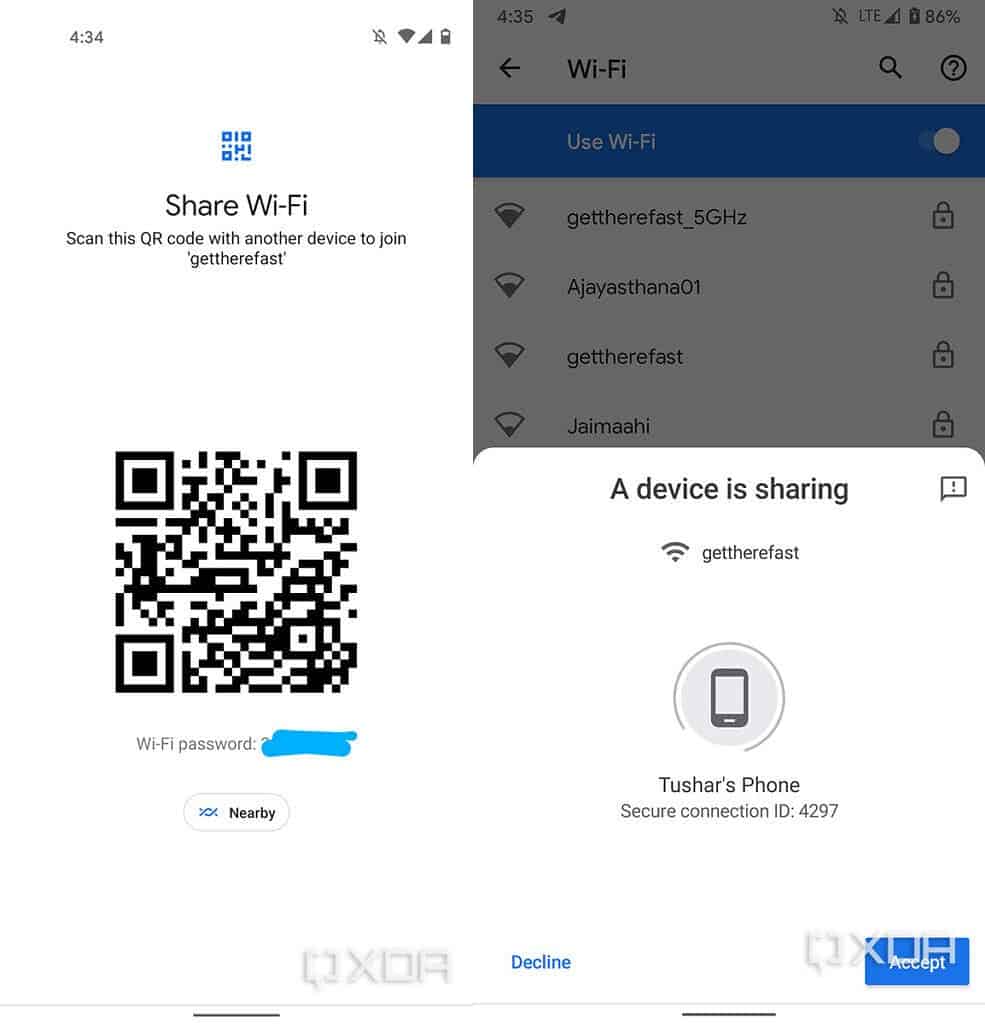 Generally, Android 12 will bring an overhaul to the connectivity settings. Say, Wi-Fi will be simply called Internet. Moreover, under network details, you will now see the simplified name for the type of Wi-Fi network you’re connected to (eg. Wi-Fi 5, Wi-Fi 6, etc.).

The Google Pixel 4 came with an interesting app and feature. In the Personal Safety app, we saw the Car crash detection feature. The latter automatically calls for emergency services when detects car incidents. Later, In Android 11, Google brought this feature to other Pixel devices. And in Android 12, it will become a top-level setting. So users will access it from the first page of the Settings app. 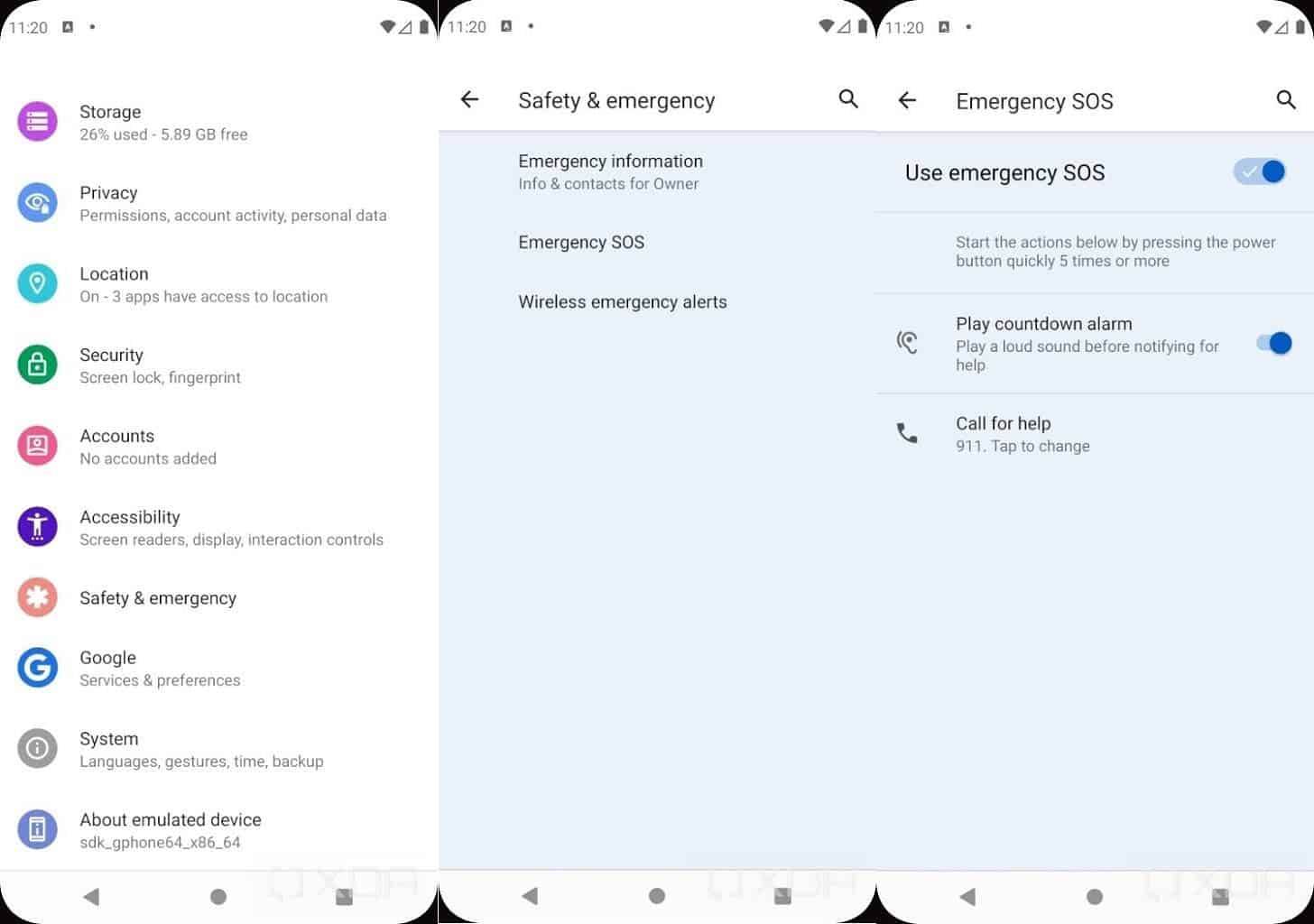 The feature described above is available in some countries only. But the new Emergency SOS feature will call an emergency helpline when the power button is pressed five times. You can also add a custom SOS helpline number.

The Pixel phones offer myriads of ways for launching the Google Assistant. We guess the most common way is to say ‘Hey, Google’. In Android 12, a double tap on the back of the Pixel 5 wakes the assistant up. However, it seems Google is going to add another way to launch the Assistant. As the title implies, just hold the power button for a few seconds and it will be ready to do all you wish.

We understand that this feature has been seen on many Chinese smartphones before. But this is for the fist time, when Google has decided to naturally bring it to Android.

We knew that Google had been working on a smarter autorotation system. As you guess, we are talking about a face-based autorotation system. The system will use the front-facing camera of your phone to understand when you’re looking at the screen and to prevent rotating.

Machine Learning for Side-swipe Back Gesture

When the full-screen smartphones became a mainstream, Google brought the full-screen gestural navigation system via Android 10. This includes a side-swipe gesture on either side of the display, which emulates the behavior of the back button. However, many apps had been developed before this change came. They were using Navigation Drawers that also relied on side-swipes. As a result, the system got a conflict with navigation.

With Android 12, Google will use Machine Learning to detect the back gesture. In fact, many developers have already found a new TensorFlow Lite model and vocab file called ‘backgesture’ in Android 12. They think Google is currently testing its machine learning against up to 43,000 apps. At the end, when the corresponding option is enabled, Android 12’s Machine Learning model will be able to predict if the user intended to perform a back gesture or if they simply wanted to navigate in the app.

The smart forwarding feature allows users to forward calls between two SIM cards. This can become a useful feature when one SIM is unreachable. 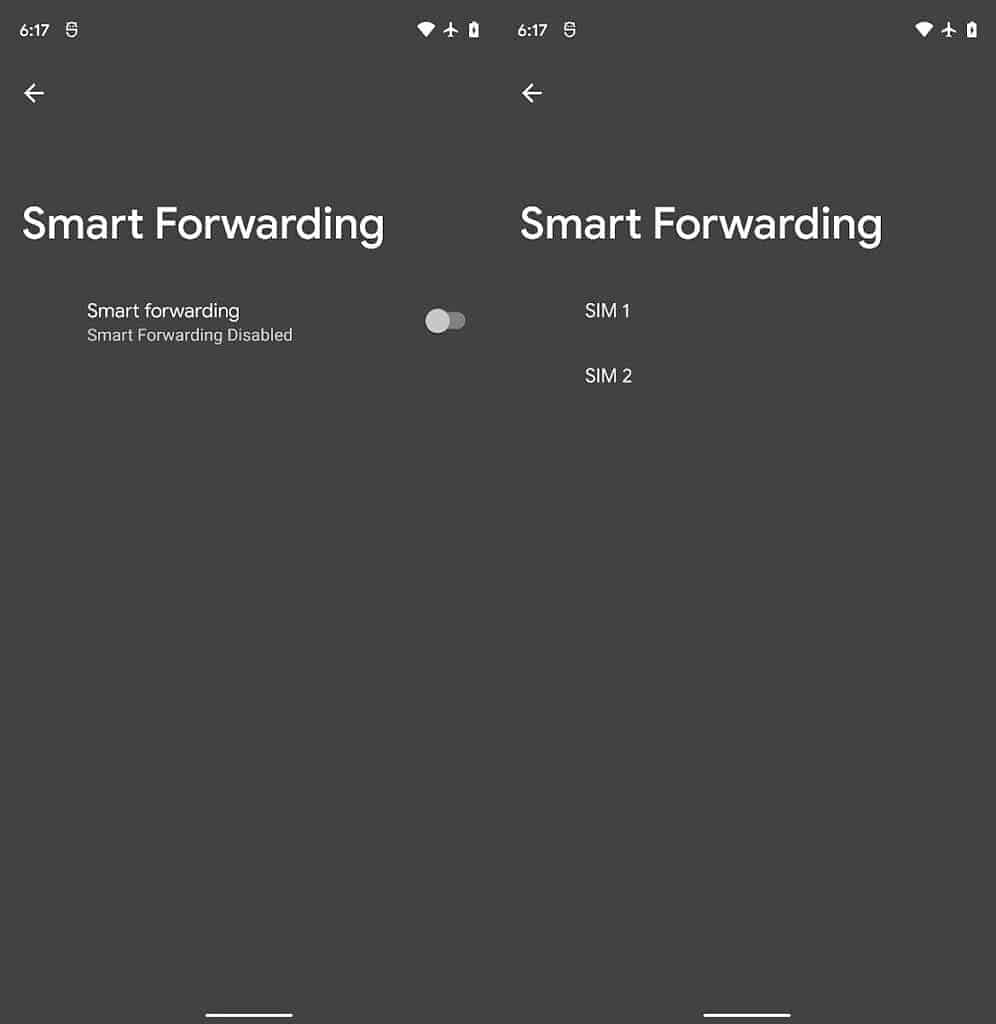 We know that all major tech companies like Facebook, Google, and Apple are accused in tracking users and collecting their data. Of course, they all prove this data is used for one purpose only, that is to provide a better service. As for Google, it’s for displaying more relevant ads. But even if so, there is a conflict with privacy. So all the mentioned and not mentioned companies should understand how to balance this.

It seems Google is going not to require developers to get permission from users to track their data. However, this is not anything new for Google. It has already implemented a similar approach in the Chrome web browser. Within two years, Google will phase out third-party cookies in Chrome. But this doesn’t mean Chrome won’t collect any data. It will collect less data but make advertisers to target groups with similar interests. In other words, Google will provide data to advertisers but those data will not refer to individuals.

As you understand, Android 12 is going to bring a revamp in terms of privacy. We are expecting that Google will add toggles allowing users to disable the camera and mute the microphone entirely. Plus, you can disable all sensors on your device.

We know that Android has been always allowing us to install apps from third-party sources. But we guess you remember the case of Epic Games. If not, the latter filed a lawsuit against Google and Apple, complaining that users have to grant permissions that used dissuasive language in installing apps outside of the app stores. So Google decided to disable this feature. Now, we learn that Google is going to make it way easier to install apps from other stores. But all those stores should strictly follow the security measures not to compromise Android’s security rules.

Next BEST FREE ANDROID APPS AND GAMES OF THE WEEK: WiFi AR, Crono, Grasshopper and more!