For a very long time, we have been hearing rumors about Redmi’s entrance in the market of gaming smartphones. Redmi is known for bringing affordable smartphones with decent specifications and a gaming smartphone with the Redmi logo would certainly be great gaming hardware at a decent price. Xiaomi usually launches gaming smartphones under its Black Shark sub-brand. Apparently, the Redmi will no be in the same class, but will still impress those who enjoy good hardware. According to reports, the Redmi Gaming smartphone will bring impressive hardware including a Samsung E4 AMOLED screen with a whopping 144Hz refresh rate.

The new smartphone is coming as a strong rival for the Realme GT Neo. The device carries the very same MediaTek Dimensity 1200 chipset found on Realme’s handset. For those unaware, the Dimensity 1200 SoC is MediaTek’s top-of-the-line chipset for the first half of 2021. The device packs a Cortex-A78 core clocked at 3.0GHz plus three Cortex-A78 cores clocked at 2.6GHz plus four Cortex-A55 cores clocked at 2.0GHz. The chipset is based on 7nm architecture. The chipset also has an ARM Mali-G77 MC9 GPU which should provide great gaming performance. MediaTek also equips this chip with its HyperThread 3.0 technology for optimal performance on games.

According to a fresh report, the new Redmi Gaming Phone will include a huge 5,000mAh battery complete with 67W fast-charging. With a large battery like this one, gamers will have long endurance while playing graphic demanding games. If they drain the entire battery, then charging it will take less than an hour. The handset will come with Android 11 straight out of the box and we assume it will run MIUI 12.5 instead of BlackShark’s gaming software.
Interestingly, the phone will have a real gaming pedigree thanks to shoulder keys from the Black Shark division. The physical shoulder buttons are basically one of the characteristics that make a gaming phone differ from usual handsets. The report states that the new handset will come with a selling price of CNY 1,999. This translates to $305 or €255. Worth noting that is a bit costlier than the Realme GT Neo, but Redmi probably will have aggressive pricing when it gets a release. For the gaming characteristics, this certainly is a good price. 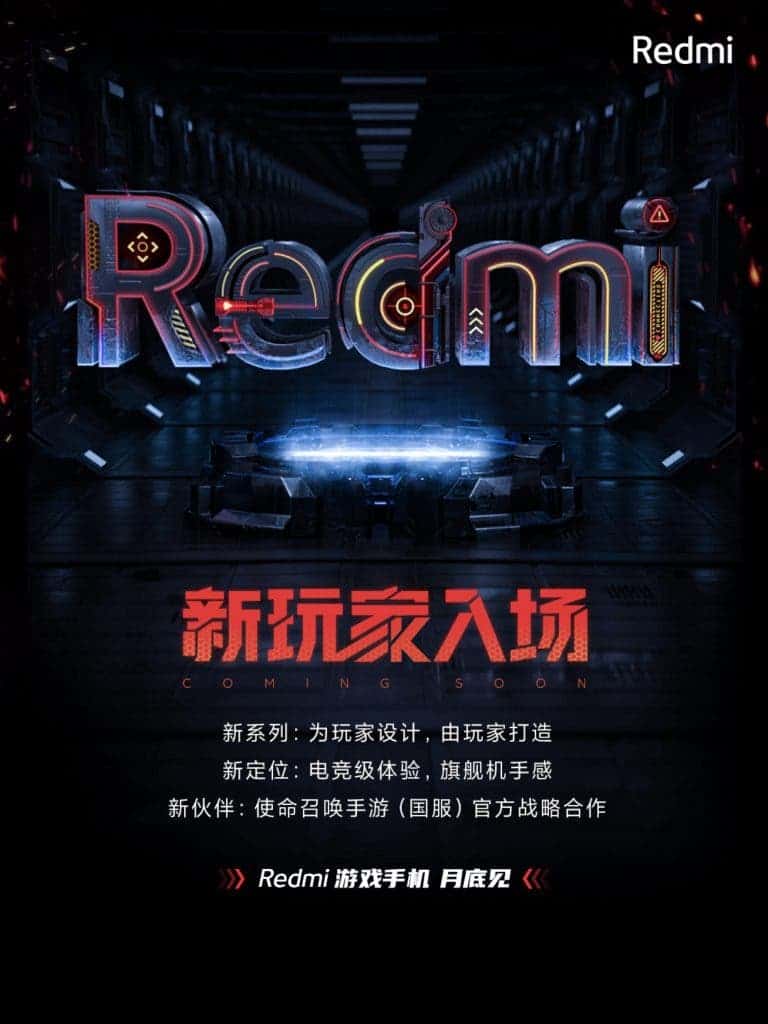 The Redmi Gaming Smartphone will be launched by the end of this month. So Redmi has 11 days to reveal it. We expect the phone’s marketing name to be revealed in the coming days, as it certainly will not be called “Redmi Gaming Phone”.
Source/VIA :
Twitter, GSMArena