Analysts have assumed that Apple will not present anything truly innovative at today’s presentation. However, the Californian tech giant has decided to delight its fans by unveiling a completely redesigned iMac based on the M1 chip with a striking new design and a stunning 24-inch 4.5K screen.

Naturally, first of all, in a fresh computer, a completely new design attracts attention. The device has become more angular, thinner, and now resembles the Pro XDR Display. Unfortunately, Apple has not removed the massive chin under the screen, but this can be forgiven given that it houses a powerful acoustics, consisting of six speakers, as well as a fairly modest motherboard. According to Apple, the computer is capable of delivering stunning sound quality that will delight even discerning users. Above the 4.5K display is a brand new video conferencing camera that delivers the highest quality Full HD video. 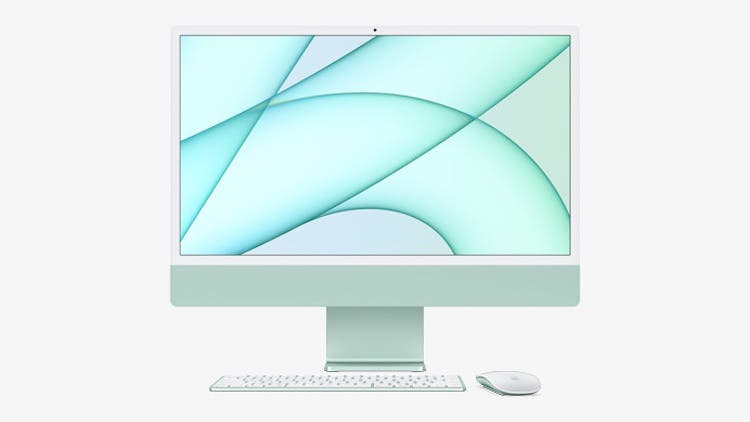 Separately, it is worth noting the new magnetic cable for powering the computer, which connects like the MagSafe charger in old MacBooks. Curiously, Apple decided to place an Ethernet connector on the power adapter. Apparently, there was no place for it on the thin body of the device. Along with the new iMac, users will receive a redesigned branded keyboard and mouse; which will be available in the same seven colors; which is (green, yellow, orange, red, blue, cyan, and silver) as the iMac itself. 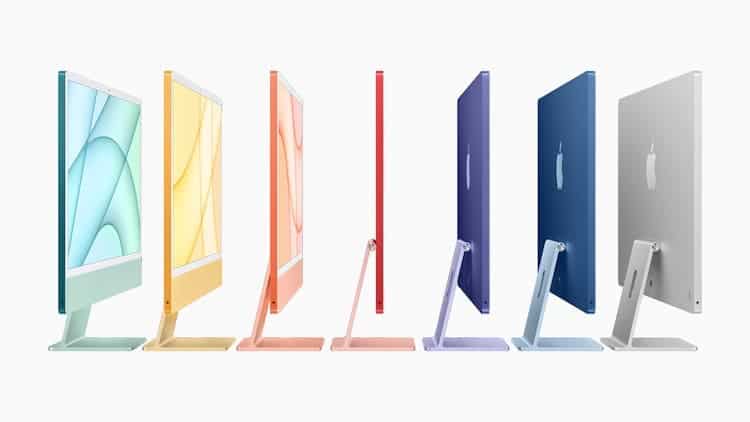 The new computers will go on sale on April 30, starting at $1299. For this price, the user can get an M1 processor with a seven-core GPU, 8GB of RAM and a 256GB solid state drive. In turn, the most affordable model on the M1 chip with an eight-core graphics processor will cost $ 1499. It will also offer 8GB of RAM and a 256GB SSD. In addition, it has a large number of ports (two additional USB 3).