Realme is gearing up to unveil a bunch of new smartphones under its Realme Q3 series. The brand launched the Q2 family several months ago and now is ready to bring their respective sequels. The new smartphones will be revealed tomorrow, April 22, in China. As usual, the leaks are popping out everywhere. We already know that the Realme Q3 Pro will come with a triple-camera setup and a glow-in-the-dark panel on the back replicating a kind of “firefly” effect. Now, we know some fresh details about the vanilla smartphone.

The Chinese brand is not shy about sharing details about its unreleased smartphones. Today, it shared an image of the Realme Q3, revealing three cameras and gray color with a stripe on the side, saying Dare to Leap. It features a holographic coating that looks like a rainbow from certain angles, Realme is calling it “Psychedelic Silver”. 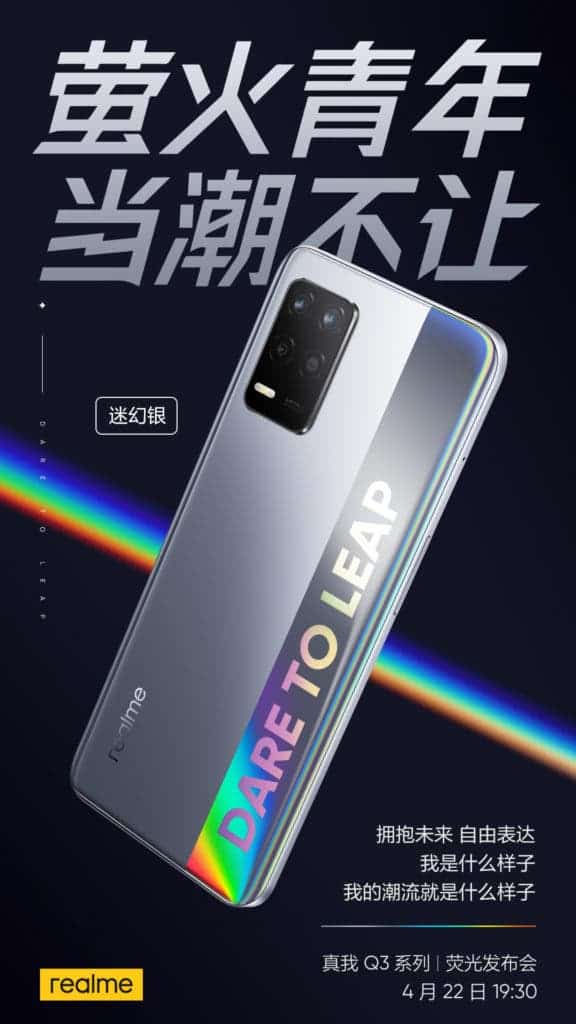 Interestingly, at first glance, the camera setup looks to be a Quad-Camera setup. However, one of the holes is there just to fit an AI-written text on top. Judging by the size of the lenses, we’re expecting the main camera, ultrawide lens, and a third sensor that will either house a depth module or macro lens. The phone quite resembles the recently released Realme V13 5G, however, the placement of the decorative circle is what differentiates the new model from the budget 5G handset.

We believe that the Realme Q3 and Q3 Pro will remain exclusive to the Chinese market. The company may still bring them to global markets under disguise. In these tough times of chips shortage, the company will like to re-use this model on global markets with a different name. 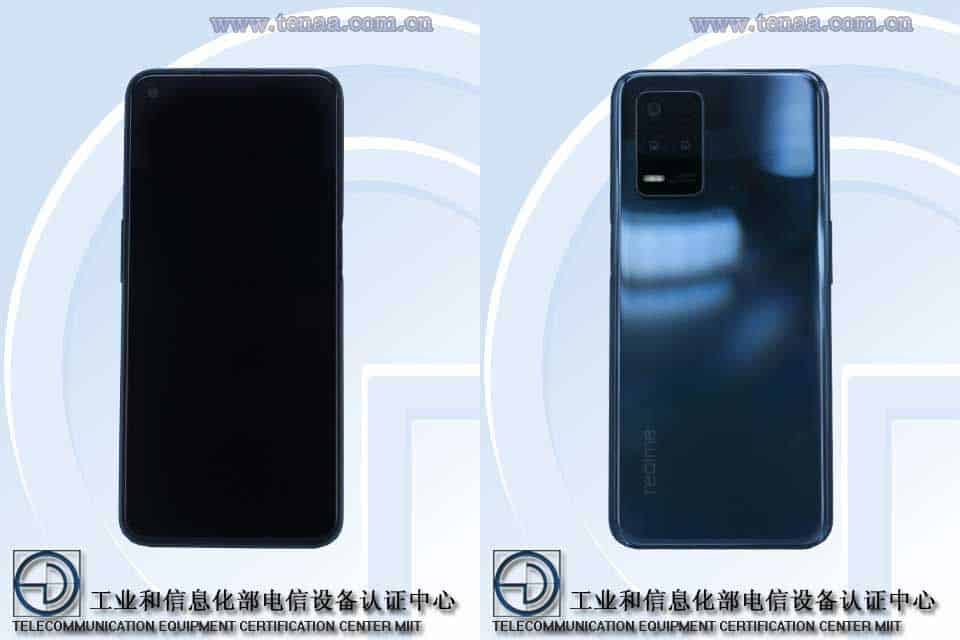 Interestingly, TENAA certification revealed two smartphones carrying Realme RXM3041 and RMX3042 model numbers. These devices are likely two distinct variants of the Realme Q3. They also passed on the Geekbench benchmarking platform today. They carry a MediaTek Dimensity 700 chipset with Android 11 OS running on top. The RMX3041 has 8GB of RAm, whereas the RMX3042 runs 6GB of RAM.

The TENAA certification also confirms the RMX3041 and RMX3042 dimensions as 162.5 x 74.8 x 8.5mm. It features a 6.5-inch display and thanks to the chipset offers 5G support. We assume that the display comes with at least HD+ resolution, and hopefully, a 90Hz refresh rate at the very least. The phone comes with a side-mounted fingerprint scanner and a 4,980mAh battery.

Previous Samsung Galaxy A22 renders appeared for the first time