Motorola was once one of the fastest companies pushing Android updates. But that was several years ago in the times of the first Moto G series smartphones. The company has changed a lot in terms of rolling timely updates and usually takes several months to roll out newer Android releases. This year, the company already pushed the Android 11 update for some of its most recent smartphones. Now, Verizon’s Motorola One 5G UW is getting the same treatment.

The Motorola One 5G UW was announced last October with Android 10. The company didn’t manage to bring the smartphone with Android 11 since Google released it one month before. Six months have passed, and the company is finally adding the latest goodies in smartphones. For instance, we get things such as One-Time permissions for location and microphone, revamped notifications with separate conversation sections, chat bubbles, new UI elements, and more. The update also brings March 2021 Android security patch and bumps the version number to RPN31.Q1-51-30-1. 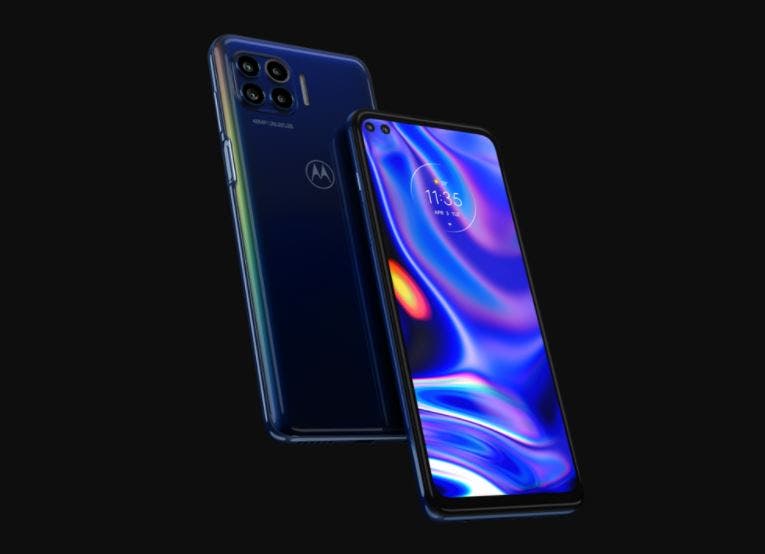 Worth noting that the update is rolling out in a gradual manner. The owners of the Motorola One 5G UW will be receiving a notification to install the OTA update. If you haven’t received it yet, you can try your luck force checking the firmware update. You can head to Settings >> About phone >> System updates menu. If you’re patient, you can just sit and relax that the update will be coming for you eventually.

The Motorola One 5G UW is essentially a rebranded Moto G 5G Plus. The device comes with a 6.7-inch LTPS IPS LCD with a 90Hz refresh rate and HDR 10 support. It has 2,520 x 1,080 (FHD+) resolution. Under the hood, the smartphone boasts a Qualcomm Snapdragon 765G, 4GB of RAM, and 128GB of Internal Storage. Worth noting that it supports memory expansion via a microSD card.

In the camera department, the smartphone has a Quad-Camera setup comprised of a 48MP main, 8MP ultrawide, 5MP macro lens, and 2MP depth helper.  The device is quite unique due to its unusual dual-punch hole approach. It has a 16MP primary and an 8MP ultrawide snapper in the front. The handset draws power from a huge 5,000mAh battery complete with 15W fast-charging. Other features include dual-band Wi-Fi, Bluetooth 5.1, FM Radio, and a 3.5mm headphone jack.