Vast majority of the top smartphone makers launch their annual flagship series smartphones in the first half of the year and then keep the line fresh by releasing various customized versions in the second half of the year. Samsung, in some sense, follows this approach as well. But instead of launching myriads of models for specific groups, it has a tradition of designing the Fan Edition. The Samsung Galaxy S21 FE is going to be such model. However, as you can guess, it will come with a few differences in comparison to the original model. 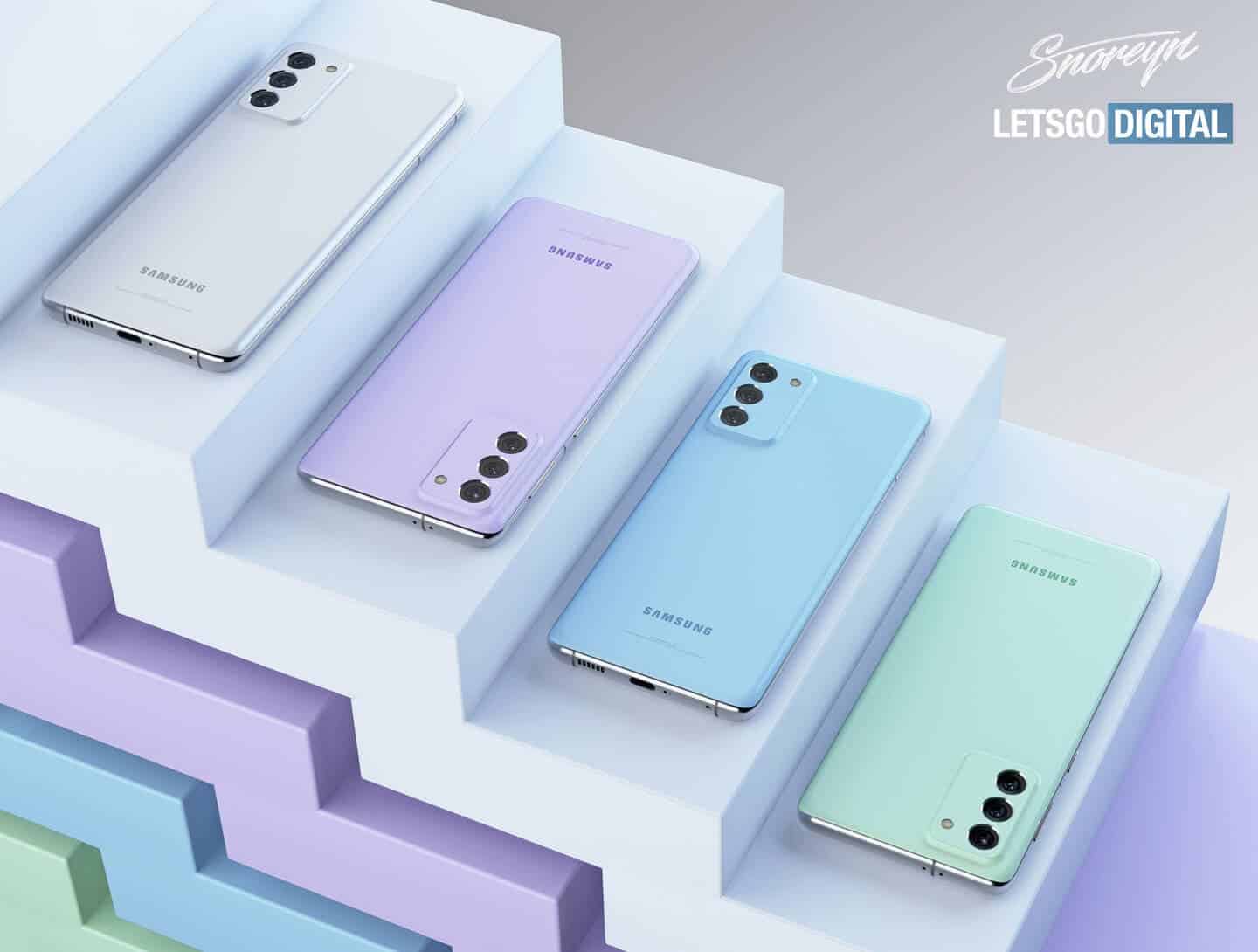 Recently, OnLeaks published the renders of the upcoming Samsung Galaxy S21 FE. We can see that the structure of this phone is similar to the S21 standard version. Thus, they both come with a plastic back cover and a raised rear camera. Today, Sammobile reported that the battery capacity of this phone will be greater than the 4000mAh of the S21. Plus, it will support 25W fast charging.

The source said, the Samsung Galaxy S21 FE is code-named “SM-G990B”. It will come with a battery that carries the model EB-BG990ABY. The latter has a typical capacity of 4500mAh and a rated capacity of 4370mAh.

Prior to this, we have heard that the Samsung Galaxy S21 FE will come with a 6.4-inch Super AMOLED full-screen. The latter will have a FHD+ resolution, a 120Hz high-speed refresh rate, and an under-screen fingerprint recognition solution. It should also sport a Qualcomm Snapdragon 888 processor. But we shouldn’t rule out the possibility of sport the Samsung Exynos 2100 chip. In addition, the phone will also support 5G network.  The front camera will be 32MP and it will also have an IP68 certificate. On the back, the phone will carry triple-camera. It will consist of a 12MP wide-angle sensor + 12MP super wide-angle camera + 8MP telephoto lens that supports 3x zoom.

Previous Nothing goes up in a straight line, don't expect that from Bitcoin - analyst