I have to say, the Yuanhang 10 looks elegant. The rear of the device comprises a rectangular camera cut-out. While the rest of the device is pretty clean except for the small ZTE logo on the lower corner. According to the company, the device is only 8.2mm thick. On the front side, the device does not excite me as it has an old tear-drop notch. A punch hole notch would have been better. Anyway, the smartphone has multiple color options including Rock Ridge Gray, Blue Wave, and my favorite Iris Green. 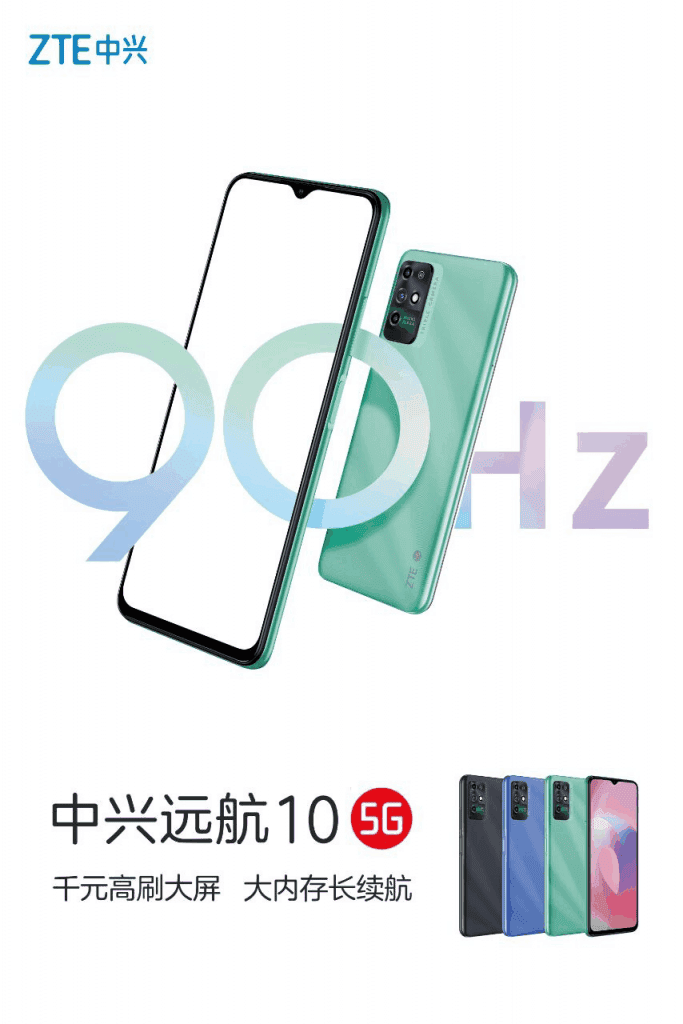 Moving to the specifications, the ZTE Yuanhang 10 features a 6.52-inch IPS LCD panel with a resolution of HD+. The display features 90Hz refresh rate and 180Hz touch sampling rate. In my opinion, the should have provided a FHD+ panel and ditched the higher refresh rate. Moving forward, there is a triple rear camera setup consisting of 16MP primary, 5MP macro, and a depth sensor. On the front, there is a 8MP selfie shooter.

The highlight of the device is 5G connectivity thanks to the Dimensity 700 chipset. A 4,000mAh battery is present on the ZTE smartphone. Considering it is a 720p display phone, battery should not be a problem. However, keep in mind that 5G is power consuming. Other notable features of ZTE Yuanhang 10 include a side mounted fingerprint scanner, memory fusion technology and MyOS 11 out-of the box. 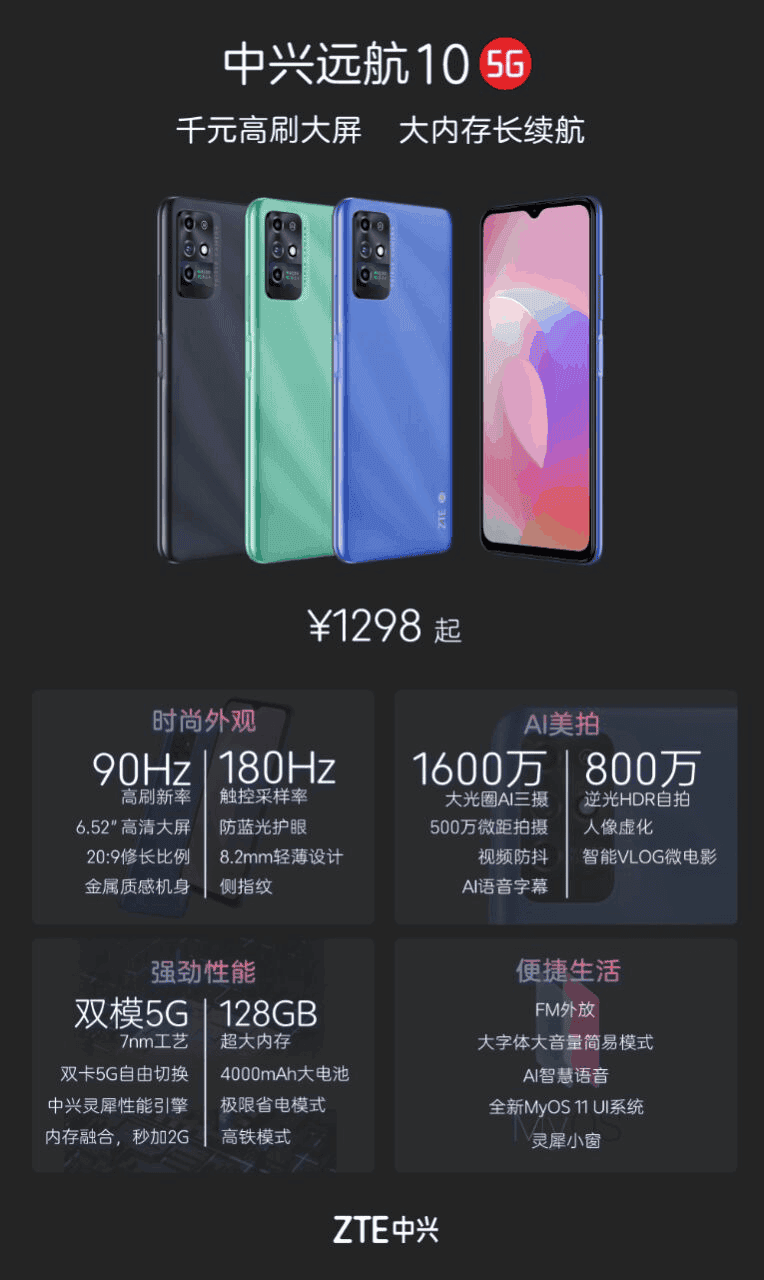 Talking about the pricing and availability, there is only a single variant of the device. It consists of 128GB internal storage, however we are not sure of the exact amount of RAM the device has. The smartphone is priced at 1,298 Yuan which roughly translates to $200. The device will be available to purchase starting May 9 in China. So far the device looks fine considering it is an entry level smartphone. However, there are some improvements needed like a FHD+ resolution, and a punch hole notch would have been delightful as-well. What are your opinions on ZTE Yuanhang 10? Let us know in the comments section below.

Read also: OPPO A95 5G WITH DIMENSITY 800U LAUNCHED IN CHINA

Previous Oppo A95 5G With Dimensity 800U launched in China